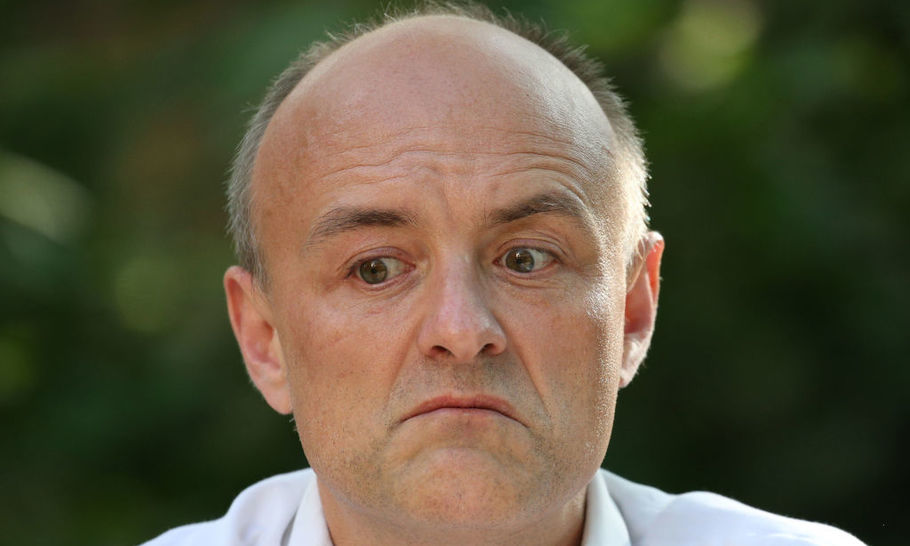 It’s raining in Whitehall. And if Dominic Cummings has anything to do with it, soon it will pour. Cummings,  still firmly the power behind the throne  despite his Barnard Castle escapade, has warned that “there’s a hard rain coming”.

We got a foretaste of that this week with the enforced resignation of Sir Mark Sedwill, Cabinet Secretary and head of the Civil Service. After a ruthless whispering campaign against him, Sir Mark finally succumbed. This is Cummings’s first significant scalp. It won’t be his last.

If this were an isolated incident it could plausibly be passed off as the unfortunate but necessary removal of a pivotal figure who could not (or would not) perform his constitutional duty — which is to support the Prime Minister and all his ministers in implementing government policy. (Briefings that Britain’s poor response to Covid-19 is down to Sir Mark’s “lack of grip,” should be dismissed for what they are: a transparent attempt to shift the blame for failure from government to the civil service.)

But it is not an isolated incident. It is part of a plan. Cummings is on a crusade to shake up Whitehall so policy can get through with as little scrutiny and fuss as possible, all in the name of efficiency. What this means in practice is removing, where possible, the inconvenient checks and balances that guard against executive overreach.

Also part of this plan is the stated intention to “overhaul” our judicial system. Judicial reviews — which have been on the rise — can be irritants to governments in a hurry. But in a country without a written constitution where power is increasingly centralised, they are a vital safety valve for the proper functioning of democracy.

The Supreme Court’s unanimous decision last September to overrule Boris Johnson’s attempt to suspend Parliament was the first pitched battle in this war for control of the levers of power. Cummings believes this was not a defeat but victory because it advanced his narrative of pitting the people against a self-serving elite.

This accretion of power is accompanied by the familiar tactic, much loved by autocrats, which is to Never Explain and Never Apologise and hope everyone moves on. Both the Housing Secretary Robert Jenrick and Dominic Cummings remain en poste backed to the hilt by their boss. This is what post-truth or more accurately post-shame politics, turbo-charged by social media, looks like.

This is not something that bothers Cummings. He is not an ideologue. What interests him is deep change in a system that he despises. To achieve this his chosen vehicle is the Conservative party. He once said “If a group of people take over a party… you could actually change an awful lot, very quickly”.

This was not an idle boast. The purge of moderate Tories from the party, such as Justine Greening, Dominic Grieve and Oliver Letwin, was the act not of a mature democracy but of a one-party state.

These apparently disparate strands are not the outline of a conspiracy, but they do describe an overall disposition, one that tends towards a peculiarly British kind of autocracy.

In 2015 in an interview with the Financial Times, Vladimir Putin stated that “liberalism” was “obsolete”. He should know. Putin has harnessed the entire state apparatus to influence the democratic process in the West. What makes us unstable, he argues, makes a revanchist Russia stronger. (We shall see what influence Putin has had on the Brexit outcome when the long overdue Russia Report is published.)

Putin has a point. For the first time since 2001, according to a report by the independent research group V-Dem there are more autocracies than democracies in the world. Hungary, a member of the EU, is no longer a democracy; India, the “biggest democracy in the world”, is drifting towards authoritarianism driven by virulent nationalism. The United States — the land of the free — is in the grip of a Trumpian fever.

Attacks on dissent, freedom of expression and the media are now commonplace. Headlines such as the Daily Mail‘s notorious “Enemies of the people” splash, which attacked the Supreme Court judges who struck down Johnson’s attempt to shut parliament, are intended to whip up popular sentiment against the third and arguably least political part of our constitutional edifice.

Major G20 nations with global influence and significant economic and military power such as Saudi Arabia, Turkey, Brazil, China and Russia are either flat-out autocracies or heading that way.

We are not Brazil nor Russia — but neither are we safe from the drift towards autocracy. Spin becomes the norm; people tire; ministers act with greater impunity; and slowly we enter a dark tunnel. As Britons we like to think of ourselves as fair and liberal with a deep attachment to democracy. But we also possess a deeply-embedded political class of exceptional cunning with a long history on which to draw.

There is hope. The liberal spirit is not obsolete. People have been rising up against corruption and repression and in some cases achieving change, for example when millions demonstrated in Brazil forcing the impeachment and removal from office of President Dilma Roussef. And yet her successor but one, Jair Bolsanero, demonstrates that protest and the ballot box are not necessarily a guarantee of decent government.

The British constitution is not without its shortcomings. The Parliamentary Oath Act of 1871 for example provides for MPs to be charged with perjury for lying to Parliament. But not the public. Parliamentary Standards are enforced by a self-regulating closed shop. Outside Parliament, politicians and their staff can say pretty much what they want, egged on by their supporters. There is the ballot box. But that only comes round every five years.

There is room for a body of law that specifically defines and protects the democratic process. A body of law that makes it clear where we stand and has the effect of checking the worst instincts of power-hungry politicians. This could be a written constitution. Or it could be something more circumscribed. Like the ballot box, it won’t guarantee honest politics. But it might offer our democracy better protection from the vagaries of convention and from these peculiar wannabe autocrats.