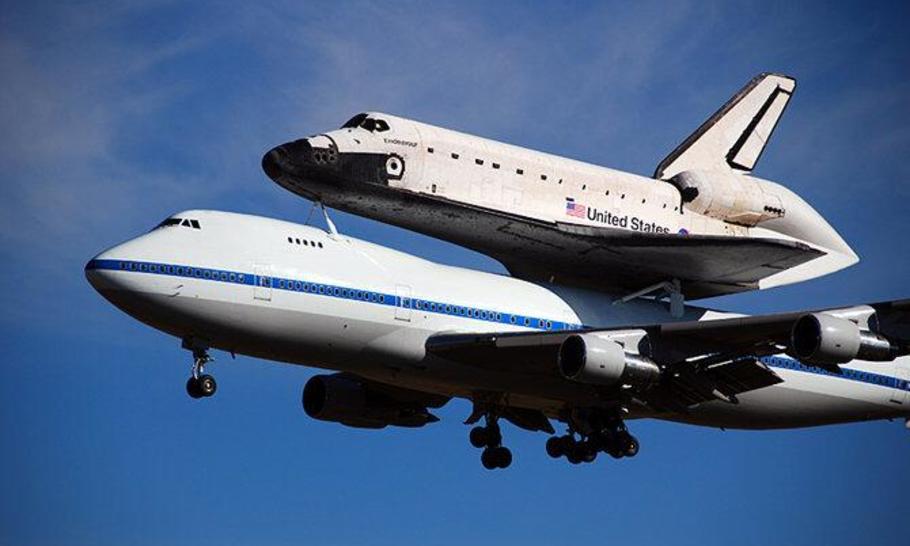 The space shuttle piggy-backing on a 747 (A. Catzeflis)

A perky Nelson Mandela, South Africa’s president, released from captivity just five years earlier, walks onto to the pitch in the green and orange colours of the “Bokke” to greet the teams, an act calculated to heal the country’s racial divide. The moment feels drenched in history.

At precisely 14.43pm with the kind of exquisite skill that marked his career as South African Airways’ chief pilot, Captain Laurie Kay and a skeleton crew flew a Boeing 747, low and slow, over the stadium. Painted on the underwings and belly of ZS-SAN “Lebombo” was the message “Good luck Bokke”.

After a first pass, Laurie executed a tight, graceful turn and came back for a second. Flying at a whisker above its clean stall speed he caressed all 200 tons down to a height that broke every aviation rule in the book.

The crowd, by this time delirious with excitement, roared so loudly it almost eclipsed the noise of the aircraft’s four Rolls-Royce RB211 engines. François Pienaar led the Springboks to a 15-12 victory. The scene was recreated in Clint Eastwood’s memorable film Invictus, starring Matt Damon and Morgan Freeman. 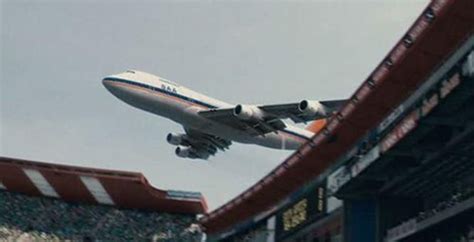 The 747 flying low and slow over Ellis Park at the 1995 Rugby World Cup Final.

It was a remarkable piece of airmanship in a remarkable aircraft with perhaps the glitziest history in passenger aviation. I once asked Laurie what she was like to fly. (Laurie was my flying mentor. In 2011 he sent a rescue party to get me out of a hole. I had run out of fuel in Mozambique on a circumnavigation of Africa in my single-engine Piper). “Delightful. Like a dream” he said with accustomed modesty. “It’s a pilot’s aircraft.” What he meant was that the aircraft liked being flown by hand. One of the most aggravating narratives to commercial pilots is that modern aircraft are flown entirely by computer and that, soon, pilots will be engineered out of existence. It’s a caricature with a kernel of truth.

Wolfgang Langewiesche, in his seminal book Stick and Rudder about the art of flying, a book I devoured when I got my pilot’s license at 60, says: “The makings of a flight are not in the levers, wheels, and pedals but in the nervous system of the pilot: physical sensations, bits of textbook, deep-rooted instincts, burnt-child memories of trouble aloft, hangar talk.”

Laurie used to say: “You have to feel the plane. Too many young pilots rely on George. (George DeBeeson invented the first practical autopilot). One of the scariest and most useful training exercises is to stall an aircraft blindfolded, pulling the nose up till you feel the slight tremor of the aircraft as it’s about to roll through the palm of your hand.

The 747, the Jumbo, aka Queen of the Skies, aka the Whale is retiring. The last of BA’s 747s (G-CIVB) was flown into retirement last month after 26 years of service. It had 59 million miles on the tacho. For a baby boomer like myself it feels, for no rational reason, like the end of something. Pilots, like train-spotters, get sentimental about aircraft. When one flies overhead you look up and imagine yourself in the left-hand seat. When they bank, your spirits lift. It’s like playing air guitar. Obsessive.

The 747 was the aircraft that, in a sense, changed the world. The first wide-bodied passenger plane, it sparked a new era in affordable, long-haul air travel. Its bulbous, double-decker nose was a first. Instead of a long thin tube with a single aisle, cabins are separated by galleys and loos. It is as tall as a six-storey building. Its wingspan is wider than a football pitch. It carries up to 600 passengers and can fly from London to Hong Kong in one hop. The first time I boarded a 747 it felt like walking into the Hammersmith Odeon cinema. The Jumbo is a big bird. It weighs on the memory like a vast, graceful Canadian goose.

The 747 was designed by Joe Sutter, the blunt-talking Boeing engineer. His parents were immigrants from Eastern Europe. Planes were in his blood. He grew up in Boeing’s hometown Seattle wanting to become a pilot. As a child he dreamt of pilots – “demi-gods in silk scarves, leather flying helmets and goggles” he called them. He read, as I did, voraciously about the exploits of famous pilots: Lindbergh, Saint-Exupery, Amelia Earhart. Instead he became an engineer.

The 747 is a brilliantly versatile aircraft. It has star quality. Perhaps the most spectacular version was the 747 modified by NASA as a space shuttle carrier. Space shuttles piggy-backed, perfectly poised, its centre of gravity calculated to the millimetre. It was released mid-flight to soar into space and glide back to earth using exactly the same basic skills you need to land my Piper Cherokee. The Saudi Royal family, of course, owned one (possibly more). So did the Sultan of Brunei. It was perfect for transporting his racehorses. And then there’s Air Force One. No president ventures far from home without one.

I guess everyone has a special 747 memory. Mine is a chartered Air France Jumbo I boarded in the middle of the night on February 1, 1979 in Paris. It was taking Ayatollah Ruhollah Khomeini back to a revolutionary Iran after years of exile. The Shah had fallen. The Islamic revolution was about to change the face of the Middle East.

The crew were all volunteers but not all male. The aircraft carried barely 200 passengers for the five-and-a half hour flight. It needed enough fuel in case it couldn’t land and had to divert. Among the passengers were perhaps 130 journalists including, as I recall, a youthful John Simpson of the BBC.

Khomeini, taciturn, unsmiling, surrounded by some 30 ayatollahs boarded first. He was seated in seat A1 on the upper first-class deck. He slept for a while we were told. He woke up as dawn broke over Iran’s snow-capped mountains. He asked for a glass of water and knelt to pray in the direction of Mecca. He was then served a freshly-made omelette for breakfast. 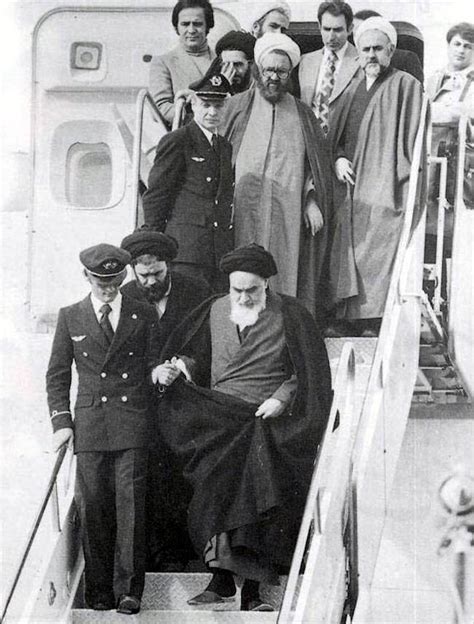 As we entered the circuit over Mehrabad airport (since renamed Khomeini airport) the pilot announced that he would be executing a cautious, corkscrew descent. He wanted to check out the airport. Nobody knew what awaited us. We circled the airport three maybe four times before making a perfect landing.

The airport was silent. Khomeini walked down the steps clutching the arm of the Air France purser and into history. On the drive into Tehran, two perhaps three million people waited to greet him. The Queen of the Skies had performed to perfection.