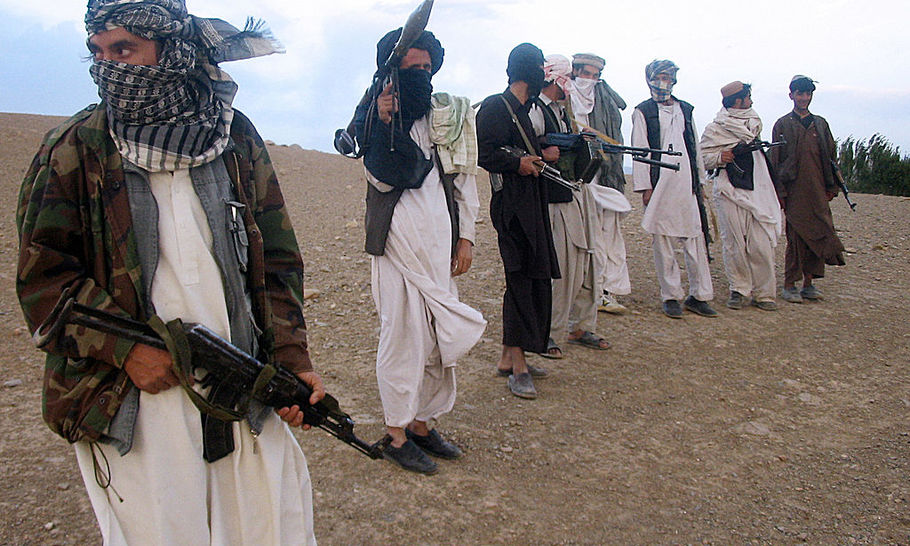 Of the few re-election endorsements enjoyed by Donald Trump, a double thumbs up from the Taliban was the most appropriate. After all, the US President gifted the hardline fundamentalist militia what its leaders crave most — fewer American troops, a promise to withdraw from Afghanistan and talks, lots of talks.

The Taliban spokesman Zabihullah Mujahid, told CBS: “We hope he will win the election and wind up the US military presence in Afghanistan.”

Every year since 9/11, as winter approaches and the fighting subsides in Afghanistan’s long running civil war, the same question is always asked: should the US negotiate with the Taliban? The answer, as mine has always been, is an emphatic “No”.

Of the vilest militias that have sought to impose their ideology over different parts of Asia during the last 50 years, the Taliban rank behind Isis, the Khmer Rouge and Sri Lanka’s Tamil Tigers as a slightly milder type of insidious insurgent.

Where the Pashtu militia differs is in its obsession with recognition, acceptance and a desire to negotiate some kind of political victory. That was evident back to the late 1990s in Taliban-controlled Kabul. Each year an envoy would be sent to the United Nations in a desperate and fruitless attempt to obtain recognition as the legitimate head of the Islamic Emirate of Afghanistan.

The UN, quite rightly, refused to grant its blessing and maintained recognition of the Afghan President Burhānuddīn Rabbānī, a widely-respected theologian and politician. An ethnic Tajik backed by the Northern Alliance, Rabbani was killed in 2011 by assassins, who claimed to be Taliban wanting to discuss peace. They offered a traditional hug before blowing all to bits with explosives detonated from under a turban.

Then came 9/11 and the US invasion. But their desire to be sole arbiters of a hardline Islamic emirate in Afghanistan has never wavered and — supported by factions in the Pakistan military and intelligence communities — the Taliban forged the backbone of a civil war which has lasted more than a generation.

Throughout, a pattern emerged. The Killing Season would get underway in April with a spring offensive. This would be followed by a summer offensive and another in autumn. They would aim to consolidate positions ahead of talks in the winter when the snows made fighting impossible, particularly in the north.

But this year, with a US election looming, Trump announced in February a deal with the Taliban on the withdrawal of US forces. The President wants them home by Christmas with the Taliban getting more talks under an “intra-Afghan dialogue” in Qatar as winter sets in. This was accompanied by the usual rhetoric, with one Taliban leader describing negotiations as a “positive step”.

Another Taliban leader was concerned for the President’s health, telling the American broadcaster CBS News: “When we heard about Trump being Covid-19 positive, we got worried for his health, but seems he is getting better.”

The Taliban are not always so concerned with the wellbeing of their fellow men. Once, on the frontline, a Taliban soldier decided I was an infidel. He pointed his gun at me but when told I had permission to be there and that he couldn’t shoot, he spat in my eye instead.

I watched Taliban executions. I saw a woman flogged, possibly to death, for failing to tell the militia her unmarried daughter was pregnant. I carry a list, about 15 names of non-combatant friends and colleagues who have been killed in the Afghan civil war. It remains private.

I was charged with espionage and had to run the gauntlet of a Sharia court. Throughout it all, I was constantly reminded that I would be shot at the Kabul football stadium, on a Friday after prayers.

There was, however, a moment of reason, of a kind never to be found among the likes of Isis or the Khmer Rouge, and I was found not guilty. But what got me off was the Taliban’s craving for acceptance. It would be a bad look to execute an Australian journalist working for a French news agency on charges of spying for Shiite Iranians while seeking UN legitimacy.

But Afghan civilians matter less. Year after year the slaughter continues. More than 110,000 Afghan civilians, combatants and militants plus 3,502 coalition troops have been killed and thousands more wounded since the 2001 invasion.

The three Taliban leaders — or Commanders of the Faithful — have more than enough blood on their hands. Mullah Omar died of tuberculosis in 2013 and his successor Mullah Akhtar Mansour was killed in a drone strike three years later.

Under the current leader Mawlawi Hibatullah Akhundzada the Afghan civil war got even bloodier. According to the UN Assistance Mission in Afghanistan almost 11,000 civilians including 927 children were killed in 2018, the worst numbers on record with 37 per cent of all deaths directly attributed to the Taliban.

Just last week 55 police officers were killed in a Taliban ambush. Another 142 died in the same week, 57 of them civilians, horrendous numbers which are widely ignored in a world fatigued with war in Afghanistan.

But the talks continue, to the Taliban’s satisfaction. And Trump was endorsed.