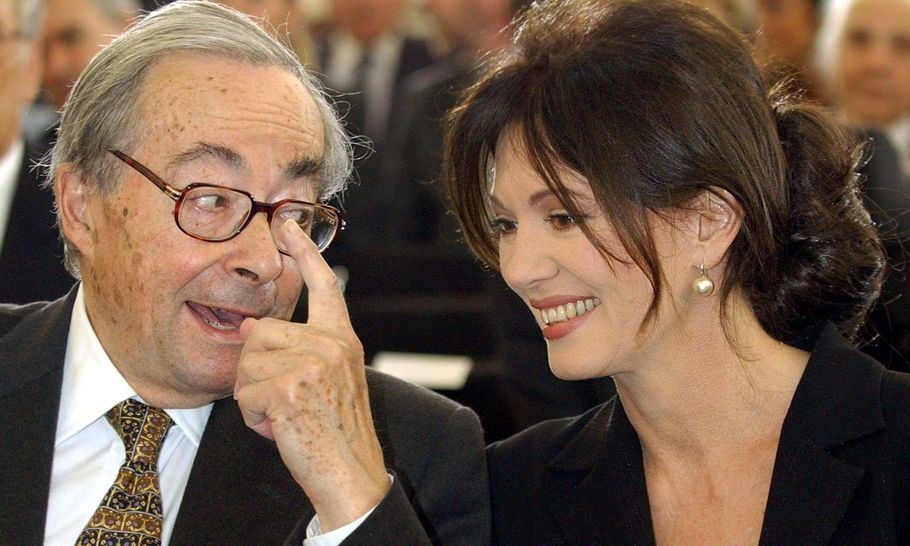 On Sunday at Jewish Book Week I chaired a tribute to George Steiner, who died just over a year ago. I was joined by the distinguished Polish-born writer Eva Hoffman and Professor Bryan Cheyette, who has been writing on Steiner since the 1980s.

I can remember exactly where I was when I read the books by Steiner that really matter to me, perhaps especially Language and Silence, In Bluebeard’s Castle, his selection of essays No Passion Spent, his memoir, Errata, and his fiction including Anno Domini, Proofs & Three Parables and The Depths of the Sea.

I have often wondered why these books matter so much to me. Four reasons stand out.

First, as a Jewish student in the 1970s I was struck by the sense that here was someone who was writing about the impact of the Holocaust on culture and literature at a time when no other literary critic was doing this. This mattered to me enormously. Steiner was one of the first cultural critics to break the silence about the Holocaust.

The great American critic Stephen Greenblatt wrote recently, “Steiner is one of the great, restless wanderers of modern criticism… His astonishing intellectual career was a moving, emblematic refusal in the wake of Auschwitz to settle down to cultural business as usual.”

These last words are crucial. What distinguished Steiner more than anything else was his passionate sense that we could not “settle down to cultural business as usual”. Of course, we could continue to read and write about great literature and music, but after Stalinism and the Holocaust we couldn’t pretend that nothing had happened. How only three years after the war, he wrote in In Bluebeard’s Castle, could TS Eliot write a book on culture and say nothing about what had been done? How could a great German philosopher like Heidegger support Hitler and how could we continue to read his work as if he hadn’t embraced Nazism?

In the second edition of his book on Heidegger, Steiner wrote, “I have sought to formulate certain questions about the interactions between, the interpretations of, artistic, philosophic, and scientific achievements on the one hand, and the totalitarian barbarisms of the twentieth century on the other.”

Second, Steiner introduced to me – and to a generation of readers – the great central European Jewish writers and intellectuals of the early and mid-20th century. He opened up a whole cultural world to British readers. As John Banville said a few years ago: “A door was flung open on what had been there all the time, at our backs, namely, our European heritage. He told us not to be cowed by insularity or hidebound by small minds, but to look beyond the border.”

Vienna, where his parents lived and Geneva, where he taught for twenty years, from 1974-94, are significantly close to the Budapest of Lukács, the Black Forest of Heidegger, the Paris of Lévi–Strauss and Sartre, the Prague of Jakobson and Kafka, the Vienna of Freud, Mahler and Wittgenstein – what he once called, “the inner capitals of the twentieth century”.

Third, Steiner wrote about what he called “the drama of encounter”. When I first met him in the 1980s we had lunch in a pub outside Cambridge. “This,” he said, “is where IA Richards taught Empson.” He went on, almost in a whisper, that these tutorials later led to Empson’s classic work, Seven Types of Ambiguity. For Steiner criticism was not about monographs. It was about these extraordinary encounters between the great figures of modern culture:  how Heidegger, a Nazi, betrayed Husserl, a great Jewish philosopher; Paul Celan, perhaps the greatest Jewish poet of the 20th century, going to visit Heidegger, one of the great German philosophers of the 20th century, after the Holocaust; the hotel Zum Storchen where Nelly Sachs met with Paul Celan, “occasioning,” wrote Steiner, “… one of the indispensable poems in the German language.”

Finally, there was the question that ran through so much of Steiner’s work. How could the barbarism of the 20th century have emerged from the heartlands of central European culture? As he once wrote, “the problem of the relations between culture and politics, between humane literacy and the politics of torture and mass-murder, was such as to put into question every aspect of the life of the mind… The spheres of Auschwitz-Birkenau and of the Beethoven recital, of the torture-cellar and the great library, were contiguous in space and time.”

That’s why he was so fascinated by figures like Eliot, Heidegger, Lukács and Anthony Blunt, people immersed in writing about the great works of modern European culture, figures of towering genius, but also people who flirted with anti-Semitism and Stalinism. How could these two things coexist in the same people? He wrote of “the central paradox of the co-existence in Heidegger of a philosopher of towering stature and of an active partisan in barbarism.”

That’s why George mattered to me. He made criticism exciting, he made it matter. And that’s why I remember exactly where I was when I first read Language and Silence more than forty years ago, as I sat by a gas fire writing notes in the margin with a red biro.