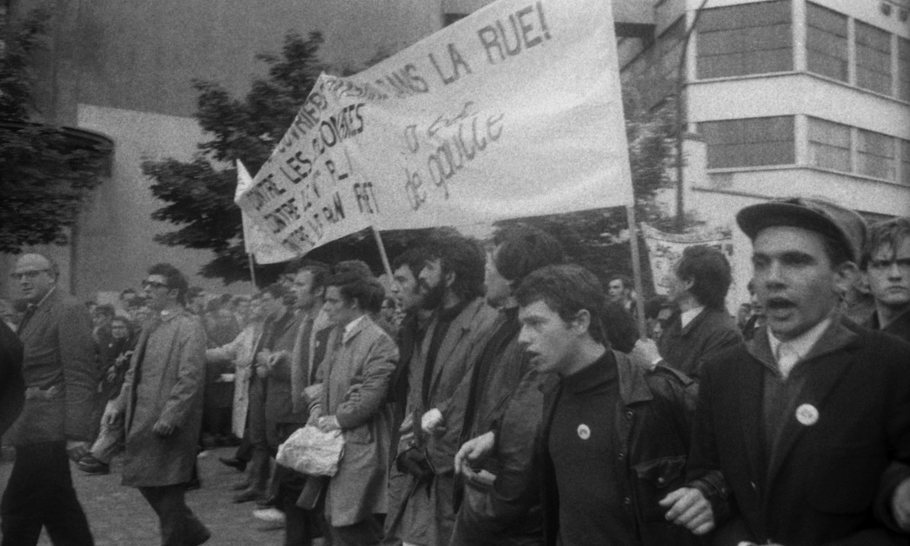 “Woke-capitalism” is a phrase that appears to have entered our cultural lexicon in recent years. It is a phrase that has become synonymous with 21st-century identity politics. In a world where patterns of consumption appear to be dominated by the latest social justice cause, progressive values are now a very powerful tool when it comes to brand recognition. So pervasive has this become, that businesses from the smallest to the largest are adopting radical left-wing causes in order to sell products. Identity politics is built on a shared collective sense of injustice, framed around issues of identity — the building blocks of which are race, sexuality, gender and feminism. For capitalism to thrive, it has to adapt and survive. What better way to generate a profit than for a business to care about social justice?

But the concept of woke-capitalism is far from new. The theoretical antecedents can be traced back to the French cultural theorist, Guy Debord. Debord was the founding member of the Situationist International — a group of radical left-wing artists who focused on producing subversive literature and engaged in counterrevolutionary activism. In 1967, Debord published The Society of the Spectacle. Steeped in the ideology of traditional western Marxism, the 221 theses contained within the book offer a scathing indictment of culture under the capitalist system. From Marx, Debord borrows the terms “alienation” and “commodity fetishism” to describe how this process has developed.

It was Marx who first described how the worker, under the capitalist mode of production, became alienated from his labour. In breaking with Hegelian idealism, Marx’s dialectical turn towards materialism initially conceived of humans as creative, conscious actors. By working in the objective natural world, workers were able to unleash their full potential, both creatively and culturally. Through meaningful work, labourers could achieve self-actualisation. They are what he calls “species beings”. But, as the ruling class began to appropriate their wealth and labour power was exploited, workers became alienated and estranged from one another. As exchange value (money) comes to dominate, workers become alienated from the very products they create.

Once price appears to be the defining aspect of the object, commodity fetishism appears. According to Marxist theory, when life is governed by money, labour grows increasingly under the criteria of efficiency. As such, labour becomes rationalised. For Marx, commodity fetishism turns “being into having”. György Lukács extended Marx’s concept of alienation and commodity fetishism to all aspects of social life under capitalism. In his 1923 work History and Class Consciousness, the Hungarian philosopher uses the concept of reification to describe the power of capital to fundamentally alter human consciousness. Debord uses a quote from Lukács in his work that clearly sums this up. The epigram that starts the second section titled The Commodity as Spectacle reads: “The commodity becomes crucial for the subjugation of men’s consciousness…as labor is progressively rationalised’.

In his theory of the spectacle, Debord sees society slowly being divorced from reality, culturally denuded and subjected to false needs. Under the spell of capitalism, the individual loses the ability to accurately define and reflect critically upon modern society. Once this happens, we shift towards what the French sociologist Henri Lefebvre called “the bureaucratic society of controlled consumption”. The concept describes how, under capitalism, individual consumers can no longer determine their own consumption behaviour. It is, according to Lefebvre, the bourgeoisie and mass media that regulate people’s consumption patterns. Needs become defined by the capitalist class, who then meet the very demands they create. The individual is reduced to a consumption pattern, set by a corporate narrative. Citizens enter into a life that is nothing but a mere passive relationship with the social world. Consumer society, with its vast proliferation of goods and culture, offers up to the populace an illusory image (spectacle) of happiness and unity. This process, Debord states, turns “having into appearing”.

Under the auspices of the spectacle, the rationale for the corporation becomes one of ersatz activism. What better way for a business to generate vast sums of money than by appearing to align with the latest social justice issue? But capitalists are far less concerned with social issues than they are driven by the profit motive. By making you, the consumer, feel as if you have done something genuine and worthwhile, it voids the business of any responsibility to do something constructive. All these corporations have done is to instil a sense of righteousness in the consumer, where in reality the corporation has done nothing tangible to affect any change in the structure or functioning of power. It turns the average political activist into nothing more than a passive consumer of products. For Debord, culture is the ideal commodity. No need for genuine reform, buy this — and change the world!

Take for example, Nike. During the Black Lives Matter protests that dominated the summer of 2020 after the death of George Floyd, the company promised to donate $40 million to grassroots organisations in the bid to help fight systemic racism. But it was revealed in The New York Times that the retail giant had been lobbying congress to vote against the Uighur Forced Labor Prevention Act. This legislation demands that companies ditch business with anyone using forced labour from Xinjiang. The Xinjiang region of China is where, it is alleged, Uighur Muslims are being used for slave labour.

It’s not limited to multinational corporations. You only need to take a (socially distanced) walk through any street-side market to find stalls literally adorned with everything from Karl Marx mugs to Che Guevara T-shirts. Maybe you’re sympathetic to BLM and want to feel like Huey P. Newton? In that case, get online and buy a replica Black Panther beret. Be sure to buy the requisite badges for that “authentic” revolutionary appeal.

Why do companies behave like this? Well, to offer one potential answer — woke-capitalism is a good PR campaign. Little to no effort is required in order to generate maximum profit. An Edelman  survey of 35 countries revealed 64 per cent of customers said they would reward companies that took a stand on social justice issues. Corporations know their target audience. Millennials are now the largest living adult generation. As such they make up a huge percentage of consumers. Worth an estimated $1.4 trillion in 2020, this is an immense amount of spending power. As millennials are the chief advocates of social justice activism, it is clear that the market is targeting this demographic.

There is a part of me that understands this eco-Darwinian survival instinct. The market will always favour the easiest option when it comes to maximising profit. While much of Marxism has been discredited — for example, when it comes to determining prices, the labour theory of value has been discredited and marginal utility has displaced the concept of surplus value — Debord’s situationist spectacle still offers a useful explanatory framework for understanding the tactical evolution of capitalism.

So what did Debord himself say was the solution to this commodification of reality? Well, as was common with a lot of 20th-century French philosophy, the answers are vague, saturated with poetic metaphors and highly abstract. His answer was by “confronting the spectacle with its own irrelevance” —  by which he means the creation of new “situations” where creativity is inseparable from daily life. As Debord sees ideology as the means by which even the most radical acts become integrated within the capitalist system, it is only by the complete and utter rejection of ideology that the individual can unleash their full creative, spontaneous potential — or “situation”.

This is something Raoul Vaneigem called “the reversal of perspective”. Where capitalism fragments and divides, a new world (hence new consciousness) must be achieved, in totality. As Debord states: “To make the World a sensuous extension of man rather than have man remain an instrument of an alien world, is the goal of the Situationist Revolution. For us the reconstruction of Life and the rebuilding of the World are one and the same desire…”

Debord’s work must be seen in the context of its time. France in the late 1960s was a hotbed for dissent and radical political action. People were looking to artists and intellectuals for inspiration. The student protests emerging from the universities in Paris catalysed the May 1968 movement, culminating in wildcat strikes that severely threatened the legitimacy of the Gaullist presidency. Disillusionment with authority and society was expressed in situationist-inspired slogans, such as “Never work” and “Live without dead time” appearing on posters and graffiti all over Paris. It could be argued that the Situationists were the true originators of meme culture.

The movement ultimately failed. The vast majority of France was either not ready for or not interested in a radical transformation of society. The group fractured (as all such groups do) due to the increasing radicalisation of some of its members. The internecine fighting that followed led the group to split into a number of different directions. The Situationists were finally disbanded by Debord in 1972 after its original member Raoul Vaneigem left.

Capitalism is a powerful ideology, one that has lifted millions out of poverty. As a market system, no other model has existed that is better suited when it comes to the allocation of scarce resources. But no system is perfect. As much as I admire capitalism, I am sceptical of those that place an almost messianic faith in its ability to solve every conceivable problem. A 100 per cent free market system does have its limitations. One only has to look at the near absolute power enjoyed by tech companies as they go unregulated — severely restricting freedom of speech on the internet — to see the negative effects of unlimited growth. To paraphrase Churchill, capitalism is the worst form of allocating resources, except for all the others.

This is why we need both a functioning Left and Right. Both sides need to exist in order to constrain the wild and capricious forces that threaten freedom and human rights. We can’t dismiss ideas simply because they come from an ideological quarter with which we disagree. Debord’s theory of the spectacle is still incredibly useful in a world dominated by woke-capitalists.