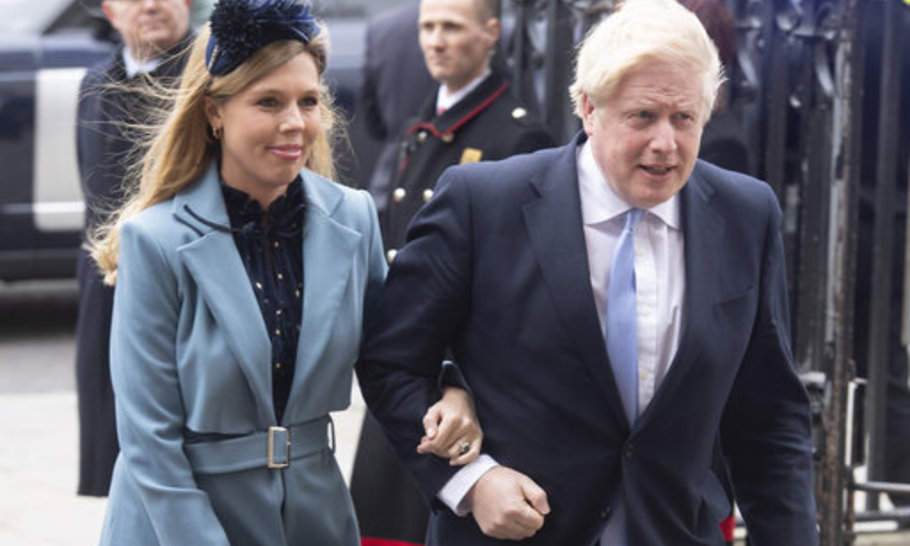 Summer term is beginning. Our children are going back to school — but only some are being educated. Millions have fallen behind. Why isn’t the Prime Minister calling for a post-Covid catch-up campaign?

A generation of children have been among the prime casualties of the pandemic, having had at best intermittent teaching for more than a year. Exams have been cancelled, literacy and numeracy rates are certain to have plummeted, while many schools have struggled to deliver even a semblance of an education online. As usual, the poorest are the hardest hit: promises of free laptops for all pupils who lack them have not been fulfilled.

Weeks ago, Boris Johnson was reported to be preparing a major speech to announce a national summer school campaign to match the vaccination programme in scope and ambition. That is indeed what is needed — and he could do worse than to divert Kate Bingham, the superwoman who led the vaccine drive, to run a comparable campaign in education.

This column has often been critical of Gavin Williamson, the Education Secretary, but this is his chance to redeem himself. He should be working with a hand-picked team drawn not only from the public but also the private and voluntary sectors (Kate Bingham herself is a venture capitalist), knocking heads together at the regional and local level. Above all, the Secretary of State must confront the teaching unions. The National Education Union is by far the biggest and, despite its name, least enthusiastic about educating the nation. If the NEU refuses to commit its members to the campaign for love, they should at least do it for money. Rishi Sunak will be wary of promising above-inflation pay rises, but he should surely find the wherewithal for a one-off summer blitz. The Chancellor himself was educated at Winchester, Oxford and Stanford. Surely, Rishi, you can spare a dime for a cohort of less fortunate kids?

The stakes could not be higher: failure would come with a high cost in underachievement, unemployment and crime. Success, by contrast, would not only kick-start the country but might give the Government the boost it needs at a time when it is under fire from various quarters. As the pandemic recedes, voters will be less inclined to give ministers the benefit of the doubt. The next big test is Super Thursday, May 6, when local, regional and national elections take place across the UK. At present Labour is lagging in the polls and the Scottish Nationalists are hampered by in-fighting, but the Tories are by no means bound to do well. Even if they do, it will mostly be by default.

The electorate needs to know that the Government has a properly worked-out plan for the post-pandemic period after restrictions are fully lifted in June. The Prime Minister has revived Tony Blair’s Downing Street Delivery Unit to ensure that the focus on “levelling up” is not lost. The precipitous economic collapse of the past year, though unavoidable in an unprecedented emergency, has made the task of bringing the nation back into some kind of equilibrium much harder. Those who have enriched themselves in the Covid crisis should be encouraged to help those who have been impoverished. This is not mainly a matter of redistribution through taxation, though that may play a part, but of incentivising investment in the regions and sectors of the economy that have been neglected. Those who have fallen behind deserve a chance — and the high savings ratio during lockdown means that there is plenty of capital looking for opportunities.

Above and beyond the politics of education and economics, the country is crying out for a boost to national morale. The outpouring of sympathy for the Queen in the days since the death of Prince Philip has demonstrated that the British are still a tender-hearted people. The sense of the passing of an era will culminate with his funeral on Saturday. As we bid farewell to the Duke and remind ourselves of what the monarchy still means to most of us, the melancholy thought arises: how much longer can the Queen carry on? She is already seeking solace in doing her duty, proving that she is still by far the best person for the job of monarch — but she is only human. The Queen will never abdicate; she should, though, be given time and space to mourn.

Our sympathy for the Royal Family is all the greater because this has been a sad time for so many others, too. After so many funerals, a wedding would not come amiss. It is a truth universally acknowledged that a divorced man in possession of the good fortune to be Prime Minister must be in want of a wife. Next month Boris Johnson and Carrie Symonds will have been engaged for 18 months. Once the restrictions on weddings have been lifted in June, there is nothing to stop them getting married. Not everyone would rejoice, but most people would wish them well. Royal weddings happen regularly; prime ministerial ones are rare birds. Indeed, the last time a Prime Minister tied the knot while in office was in 1822, when Lord Liverpool remarried after being widowed.

If a week is a long time in politics, two centuries is an aeon. There are many reasons why Boris might be hesitant, but his fiancée is no shrinking violet and is quite capable of insisting that the time has come. Little Wilfred is growing fast. The nation needs cheering up. Come on, Carrie: your country needs you!