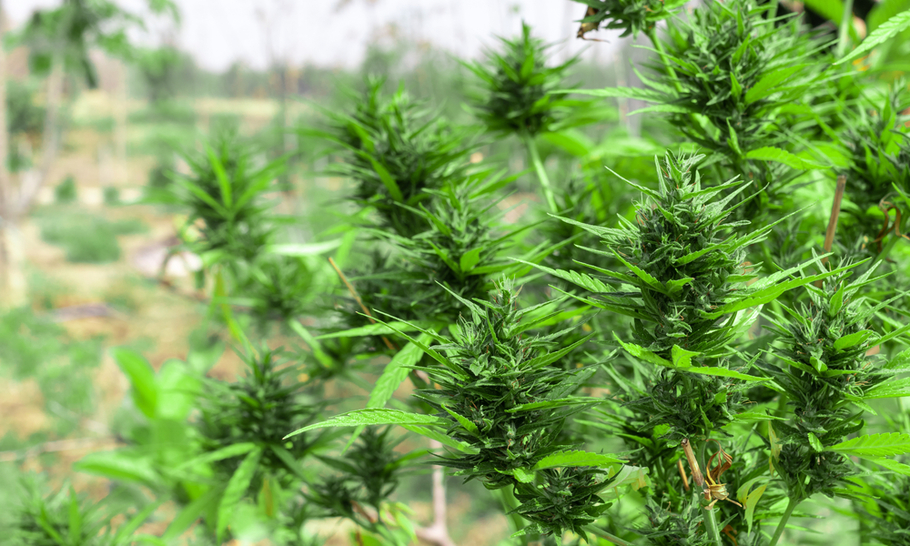 A number of African countries are tapping into the lucrative marijuana market, legalising and relaxing laws on cannabis in the continent.

From Uganda to Zimbabwe, there is growing interest in this valuable crop through exports following years of resistance, mostly from religious groups opposed to the drug’s legalisation.

In February, Malawi became the latest country to relax laws against cannabis growing and selling, joining around 10 other nations that have decriminalised marijuana for medical purposes.

Zambia legalised marijuana production for export in December 2019, while Lesotho was the first African country to legalise cannabis, in 2017, for medicinal purposes.

In September, 2018, South Africa’s Constitutional Court ruled that the recreational use of cannabis was no longer a criminal offence amid estimates that a legalised cannabis industry in the country could be worth more than $1.7billion by 2023.

“The right to privacy is not confined to a home or private dwelling. It will not be a criminal offence for an adult person to use or be in possession of cannabis in private space,” deputy chief justice Raymond Zondo said in his ruling.

Zimbabweans are now able to apply for licences to grow cannabis for medical and research purposes. The five-year renewable $10,000 licence fee allows growers to possess, transport and sell fresh and dried cannabis as well as cannabis oil.

The international market for legal marijuana is expected to reach $73.6 billion by 2027, with medicinal marijuana set to make up more than two-thirds of that, according to a February 2020 report by Grand View Research.

Grand View Research says cannabis production is anticipated to expand at a annual rate of 18.1 per cent during the forecast period. Legalisation of cannabis for medical as well as adult leisure use is expected to promote growth, the report finds.

The report also emphasises the potential of cannabis “for treating severe medical conditions, such as cancer, arthritis, and Parkinson’s disease and Alzheimer’s disease among other neurological conditions.”

“Moreover, increasing need for pain management therapies along with growing disease burden of chronic pain among elders is expected to boost the product demand.”

According to United Nations estimates, more than 10,000 tons of cannabis is produced across the African continent each year. This is likely to add billions of dollars to the value of the global market for legal cannabis.

A UN November 2007 report, Cannabis in Africa, found that, at the time, the highest levels of cannabis production took place on the African continent. In 2005, it said, about 10,500 metric tons or roughly 25 per cent of global production of cannabis took place in Africa.

It found that much of that production was consumed in Africa, with an estimated 38.2 million African adults (or 7.7 per cent of the adult population) using the drug each year, far higher than the 3.8 per cent of cannabis users among the world population aged 15 to 64. Production was concentrated in Morocco.

Malawi, it said, “is renowned for the quality of its cannabis. About three to nine tons are seized annually in this small country of about 13 million people, suggesting a substantial export market”.

It adds: “The world’s largest cannabis resin producer continues to be Morocco. Gross income for Moroccan farmers who cultivate cannabis is estimated to have amounted to about $325 million in 2004.”

Opposition to the legalisation or relaxation of laws against cannabis growing, however, persists, mainly from religious conservatives.

“We have a problem of drug abuse in the country, and it therefore boggles the mind why we legalise cannabis production when authorities are failing to deal with it. In the event that the rule of law is not followed, and there is no transparency (in handling the production of cannabis), then we are in big trouble,” said Norman Kaviza, a representative of an African religious church sect in Zimbabwe, popularly known as VaPostori (white garments church).

Prohibition, however, is seen as causing more harm than good. A report titled “A brief agricultural history of cannabis in Africa from prehistory to canna-colony,” by Chris Duvall, argues that drug prohibition produces more problems than benefits.

“Prohibition places a price premium on cannabis, giving it a form of money-earning potential that legal crops cannot offer. The premium rewards farmers who accept the risks of illegal behavior,” Duvall’s report says.

“If police raid a garden before harvest, an entire season’s labour might yield nothing. Farmers are also vulnerable to war-makers, gangs, and others who use violence to capture the value of crops that they did not sow.”