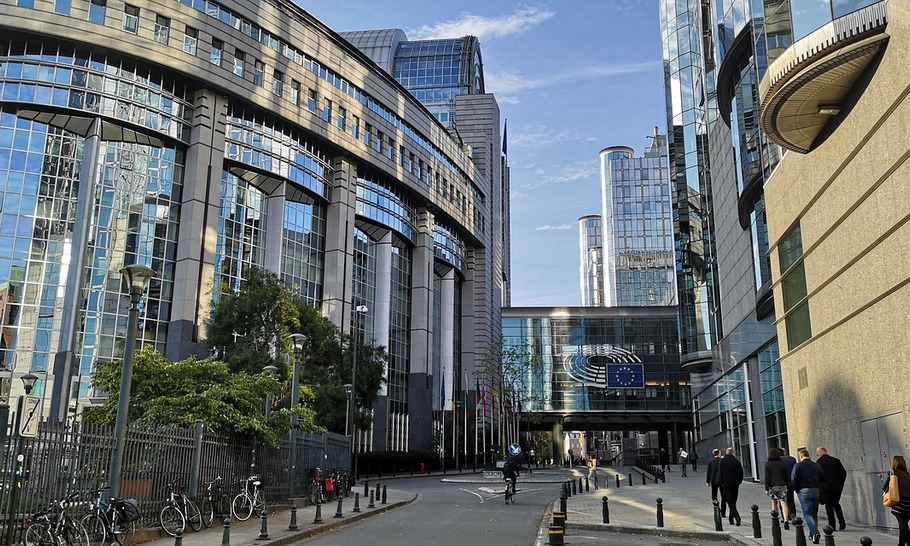 The coverage of the Euro Elections in the UK media has been rather parochial. That is perverse given the dominance of Remainers, at least in the electronic media. Under the rules of the European Parliament, there are rewards – both financial and procedural – for groups of Euro MPs to form transnational clusters.

This is part of inculcating a mindset of a European State. Allegiance to political ideology is expected to supersede old fashioned patriotic notions of loyalty to a nation state. Under these rules, each European Parliament group must have at least 25 MEPs from a minimum of seven member states.

The idea was to set the threshold at quite a challenging level in the hope that anti-establishment elements would fail to meet the criteria for such recognition, and thus could be conveniently
sidelined. In the event, an increasing number of dissenting voices have been returned from across the continents and have found it expedient to band together.

While these various alliances should not be taken too seriously, they do offer a “ready reckoner” of the political direction in Europe. On that basis, it confirms the trend seen elsewhere in the world: that the Left is in decline. The overall results see the Socialist Group shrink by 38 seats down to 153. There were big losses in France, Italy, Germany, Romania and the Czech republic – as well as the UK, of course. There were some exceptions – left wing parties gained in Spain, the Netherlands, and Poland. But the net score was a significant retreat.

Some might suspect that this was part of popular disgruntlement, meaning a shift to extremes. However the Communist group, the “European United Left–Nordic Green Left” also lost ground. It had an overall loss of 14 seats, down to 38. The number of Sinn Fein MEPs returned from Ireland went down from three to just one. That result reflected a big setback for Sinn Fein in local elections in Northern Ireland that took place at the same time. The Italian Communists used to have over a quarter of Italy’s Euro MPs. They have now lost their last one. The Communist Party of Bohemia and Moravia, from the Czech Republic, lost two of the three seats it held before. Spain saw losses for Podemos, a far left populist outfit that seems to have gone out of fashion.

However, the losses among the Socialists and Communists were partially offset with gains among the Greens. Its group gained 19 to increase its tally to 69 Euro MEPs. There were exceptions. in Sweden – the home of schoolgirl eco-warrior superstar Greta Thunberg – the Greens lost a couple of seats. But in Germany, France, and the UK they made strong gains.

I would argue that still leaves the Left in decline. First of all, the admittedly rather crude exercise of combining the numbers of all three left wing groups shows the total is down. Secondly, the fall confirms a trend that has been taking place for a number of years. Finally, so far as the Green spurt is concerned, some of it supporters may not have been aware that they were voting for a socialist entity. They might well have felt it was a respectable, worthy, and socially responsible option – albeit one that challenged the existing order.

The truth is that the Green Party in the UK – and some of its sister parties across the EU – are not merely Left, but extreme left. Not all of them: the German Greens have proved pretty pragmatic, for example. But it is quite routine for Green politicians to seek the overthrow of the free enterprise system. In the UK, leading Greens have been adulatory towards Marxist regimes in Venezuela and Cuba. The reality that Communist regimes have a terrible record on the environment – apart from anything else – is overlooked. It is important for Conservatives across Europe to expose and challenge the Green parties – rather than appease and imitate them.

One of the most significant results in the Euro Elections come from Greece. The Prime Minister, Alexis Tsipras’s, left-wing Syriza party was decisively beaten by the opposition conservative New Democracy party. That has caused an early General Election to be called for 7th July. The European Union has required “austerity” measures to be imposed on Greece. But rather than slimming down the public sector, the Syriza Government has chosen to burden the economy with ever higher tax rates. One measure of how far state control has gone is that Greece is the only country in the world apart from Cuba not to allow privately owned universities. A change in direction in Greece is now likely.

Margaret Thatcher predicted that “Conservatism will continue to be a living growing creed long after socialism comes to be seen as one of the many blind alleys of history, of interest to the historian alone.” That vision has yet to be realised. The fall of the Berlin Wall was pretty dramatic. Since then progress has been uneven and erratic. As the years go by it is possible to see the direction of travel. The destination may not have been reached, but it is getting nearer. Last month’s Euro Elections gave us another modest staging post.