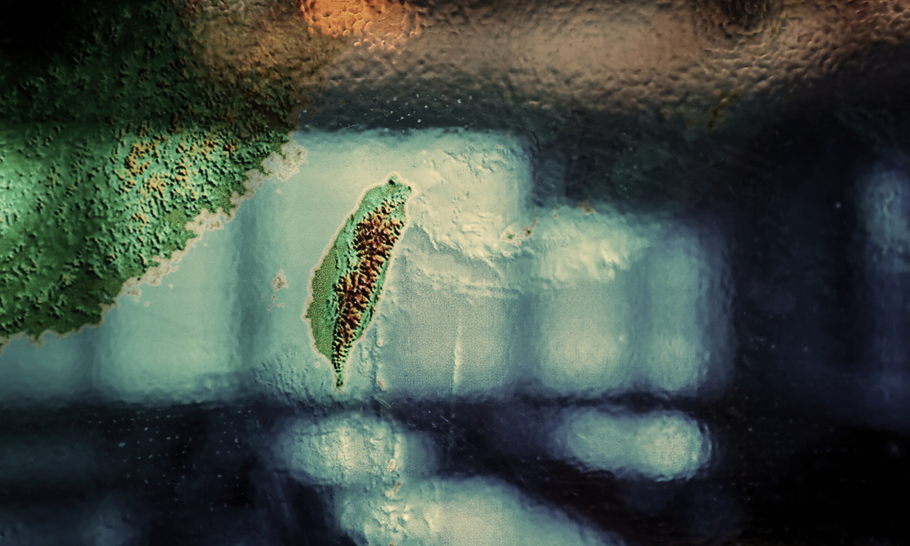 The New Year and decade have kicked off in a dramatic fashion with the crisis triggered by the drone strike on Qasem Soleimani, head of Iran’s Revolutionary Guards’ overseas forces. The long-festering tensions and proxy fights between the US and Iran are now on everyone’s radar. Yet, this is not the only or even the most important geopolitical focus of the moment. This weekend, we should make room to consider national elections in Taiwan, which may have profound implications for already stressed Sino-US, and Sino-Western relations.

While Iran is unquestionably a critical part of the unstable jigsaw in the Middle East, Taiwan is a lightning rod of geopolitical relations between China and the US. This isn’t to dismiss Iran at all. It has oil and gas, may be close to having nuclear weapons, and rivals Saudi Arabia and Israel for influence in the Middle East.

Yet, in some respects, it is an unlikely catalyst for a major conflagration. It is poor, with income per head barely more than $5,000, less than a fifth that of Taiwan. Its economy is brittle. Only a few weeks ago, scores, maybe hundreds, of people were killed in anti-government demonstrations. Iran is sorely lacking in allies. Even though it aligns with China and Russia in standing up to the US, the ties are more opportunistic than anything else.

Taiwan, though, is very different. It is the world’s fulcrum of global semiconductor manufacturing — the beating heart of all advanced technology — but other industries, such as information and communications technologies, electronics, petroleum refining, chemicals and armaments are also well represented. Above all, perhaps, Taiwan is an independent and autonomous democracy of 24 million people that sits uncomfortably in China’s more repressive and controlling Weltanschauung.

It sits off the Chinese province of Fujian, forming part of the so-called “first island chain” between southern Japan and South Korea in the north and the Philippines to the south. This chain is geopolitically contentious because for China it is the gateway to the Pacific, where the US Pacific fleet resides. China has long regarded Taiwan as a “renegade province” which, in President Xi’s “Chinese Dream of the Rejuvenation of the Chinese People”, will be reunited with the Mainland, ostensibly by 2049.

Last year, President Xi, betraying Beijing’s impatience about political unification, said that, “we make no promise to renounce the use of force,” and that the “Taiwan problem cannot be passed on from generation to generation”. Xi has persuaded seven countries to alter their diplomatic recognition from Taipei to Beijing, obliged foreign airlines and companies to refer to Taiwan as “Taiwan, Province of China”, and acted to exclude Taiwan from the World Health Organisation and other global bodies, as well as sporting and cultural events.

And so to the elections this coming weekend.

Not that long ago, the incumbent President Tsai Ing-wen wasn’t that popular. Yet Xi Jinping’s own hardline rhetoric, the evolving events in Hong Kong, and the perceived hollowness of China’s “one country, two systems” slogan, as applied for Hong Kong and Taiwan, have changed things around. Tsai Ing-wen  is now favourite to win another term.

Her main challenger, Han Kuo-Yu of the KMT party (the Kuomintang or Chinese Nationalist Party, which lost the civil war to China’s Communists and set up a government in exile in Taiwan in 1949), has been forced to embrace a more anti-Beijing stance than comes naturally. His (reactionary) domestic agenda is to reverse many democratic political, economic and social reforms launched by President Tsai since 2016, and so play to the Beijing gallery.

In the legislature, or the Yuan, the not-so-China-friendly Democratic Progressive Party (DPP) holds 68 of the 113 seats. Retaining control will be important not just to the candidates, but also for the coherence and consistency of Tsai Ing-wen’s domestic reform agenda. Otherwise, she could find a more Beijing-leaning legislature would dilute or even counter her plans to maintain an arms-length political relationship with China and develop closer ties with Japan, the US and several countries in Europe.

There is no question that Taiwan faces a conundrum. Its economy and corporations are closely integrated into the mainland. Taiwanese firms’ exports account for about 10 per cent of Chinese exports, and 37 Taiwanese companies in China are in the top 100 China-based exporters to the US.

Yet, companies like Foxconn — a better known name of the Taiwanese group Hon Hai Precision Industry —  which assembles iPhones and Playstations in China, are loth to lose access to Western markets and mindful of the consequences of a protracted trade and tech war between the US and China. Several are either relocating elements of their supply chains to Taiwan itself, or to other parts of Asia.

Taiwan’s economic and industrial prowess is a big prize, which both the US and China would like to have in their spheres. The geopolitical significance of Taiwan is probably worth even more. The status quo bolsters America’s claims and rights to a special presence throughout Asia and the Pacific, not least to freedom of navigation operations through the East and South China Seas.

If, for one reason or another, Taiwan were somehow to revert to the mainland, as China intends, the consequences would be transformational for both China and the US in Asia, and far beyond. The relationship between the two superpowers would lurch vigorously in favour of China.

If Tsai Ing-wen and the DPP prevail this weekend, then, what happens next? There is no chance that Xi Jinping will suddenly shed the Chinese Dream and accept Taiwan’s status quo. There is some chance that frosty relations will prevail and nothing of substance will happen. But there is a greater chance that China’s coercive pressure on Taiwan will continue or intensify, as it seeks to undermine and weaken the “renegade province” and further its own interests.

Britain’s role in all this will be of little consequence, but the new government should uphold the beliefs, standards and values we hold dear, and support Taiwan’s independence and prosperity in commerce, international bodies and sports, and whatever other ways we can.

In the end, China’s growing military and naval capacity may propel Taiwan into the sharpest end of geopolitics, especially if the US resolve to get involved militarily were weak at the time. Experts say neither Chinese politics, nor the People’s Liberation Army might be prepared for such an escalation now, or for some considerable time. We should hope never. Yet, in ways we cannot foretell, this weekend’s elections could be of great consequence to Taiwan, China and the rest of us.