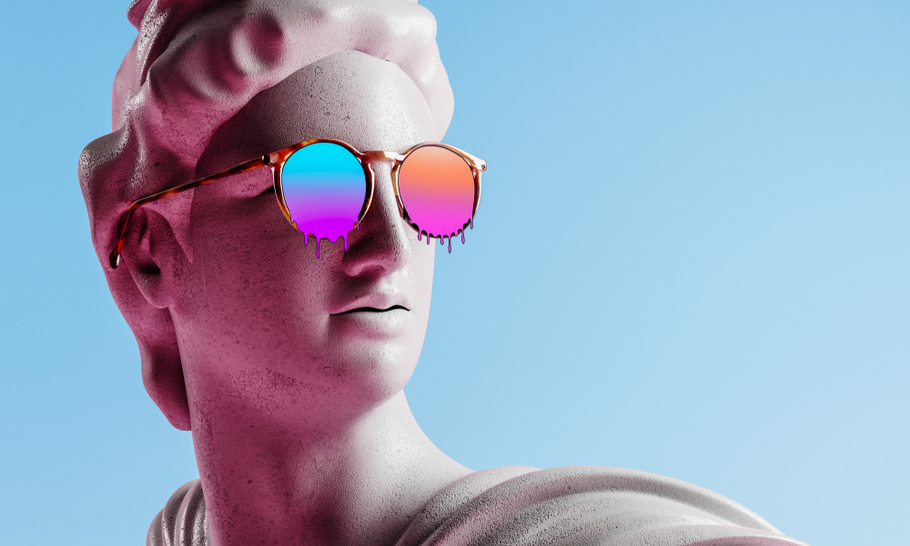 OK. So, in this post-truth world, your New Year’s resolution is to become a postmodernist but you’re not sure how to go about it? I’m here to help.

Now you may be tempted to overload with Derrida or overdose on Wittgenstein, but just sit down. All of that is fun, but it’s hard work, and you don’t want to break that resolution, do you? No need to worry though. Here are some tips to ease yourself into your new postmodern threads.

First step: Start to think in terms of metaphors.

In their book, Metaphors We Live By, Lakoff and Johnson describe how metaphors shape the way we see the world. We tend, for example, to see “up” as positive, “down” as negative. Same with “forward” versus “backward”, “straight” versus “twisted”. “Argument” is readily described through the language of war. Look at our House of Commons and think how different parliament would be if argument was seen as dance, or a relationship or love.

We postmodernists just take the extra step of getting rid of the literal altogether. Everything is metaphor. Some metaphors are more stable than others for particular purposes. There’s your literal.

Next: Listen to more music.

Music is the most clearly metaphorical of the arts. Thinking of the “meaning” in music will help you to weaken the hold of the literal on your world-view. Think about how the meaning of a song’s lyrics depends on their setting within a context of melody and harmony. How many great lyrics are simply bad poetry when ripped away from their song?

Try the famous game from “I’m Sorry I Haven’t a Clue,” by singing the lyrics of one song to the tune of another. The result is often ridiculous and certainly involves a shift in the meaning. That thing that “Land of Hope and Glory” does for you. That’s not literal. But not only does it play with your feelings, your imagination and your sense of identity, it does so in a way that is common to many other people.

All of this is relative of course. Non-Brits may get something completely different from it. No problem. That’s another thing you’ll get used to embracing as a postmodernist. Relativism. Big-time!

At this point we need to get something straight. Postmodernists do not value style over substance. Or rather, we do, but only because we see substance as a consequence of style. This may seem a bit awkward at first. I’ve been castigated by realist philosophers from the analytic tradition for saying that what is really bad about the Nazis is that they offend our literary taste; our sense of narrative style.

That’s fine. Leave the analytic guys to struggle with absolute notions of evil, essence and ethics, underwritten by some external reality (Spoiler alert: they can’t). We’re relativists, right? If something offends our literary taste then that’s enough (and we can then justify our offence with lyrics using words like evil, cruel immoral to which our style will give meaning).

Look how a different hairstyle, different clothes or make-up helps to make a difference to how you feel, how you’re viewed, to your personality and to your identity. Hey! You’ve got to lose that sense of a core, essential self. There’s nothing there to be discovered. You’re a postmodernist now and everything is style. Get over it!

This is both scary and liberating. Remember, you are a character in other people’s narratives. Identity is no private thing (How could you have a private style when style is all about differing?) You are not the final arbiter of your self. But you are a player. So get to work on controlling the narratives you’re embedded in.

I’ve mentioned narratives haven’t I? We could call them texts. Derrida does. And he says there is nothing outside the text. All we have recourse to is our narratives — “language games”, Wittgenstein called them — and there’s no text-independent world to arbitrate between rival texts. How could there be? We got rid of the literal a few paragraphs back.

Some texts combine quite readily. Jane Austen’s novels could all happily co-exist. Jane Austen and William Borroughs? Well… Bit of a clash, but it’s really up to us to create an enabling style; a meta-narrative (except that the overarching, meta-role is itself text-relative…) The point is, texts are man-made (a bit of Derridean phallocentrism there). They’re a human enterprise and it is up to us whether or not a style is constructed in which grating, clashing narratives can be smoothly mixed. Or, at least, co-exist. Possibly only within particular contexts.

So, at Christmas we can embrace the truth of the nativity and the truth of Santa Claus. We postmodernists embrace contradictions and have no problem accepting the reality of each. You just have to recognise that they are both man-made and their reality is relative to contexts in which they are useful. Yes, as a postmodernist you’ll quickly get used to being a pragmatist as well.

Any lessons for politics? Well I reckon the Conservatives have stumbled into a postmodern-ish approach with their slogans, their re-writing of history and their various clumsy-yet-effective patriot-narratives. It helps if you own a narrative-machine like, e.g., most of the press.

And the lies? Postmodernism doesn’t enable lies. Lies, like truth, are text-relative. I’m not sure what sort of surreal, comedic narrative would make Boris Johnson honest but, well, you get the point,

As for Labour, all I’d say is: get postmodern before it’s too late. You’ve been asking to have a hackneyed, 70’s prehistoric narrative imposed on you. Corbyn as style? How passé. Take back control of your textuality. Get yourselves some stylistic agility. Persuade us with the force of your creativity. Remember, it’s all about forward with flair, not backward to flares! Unless they’re back in.

As for you dear reader. You’ll soon be ready for Derrida. And deconstruction. Happy New Year.