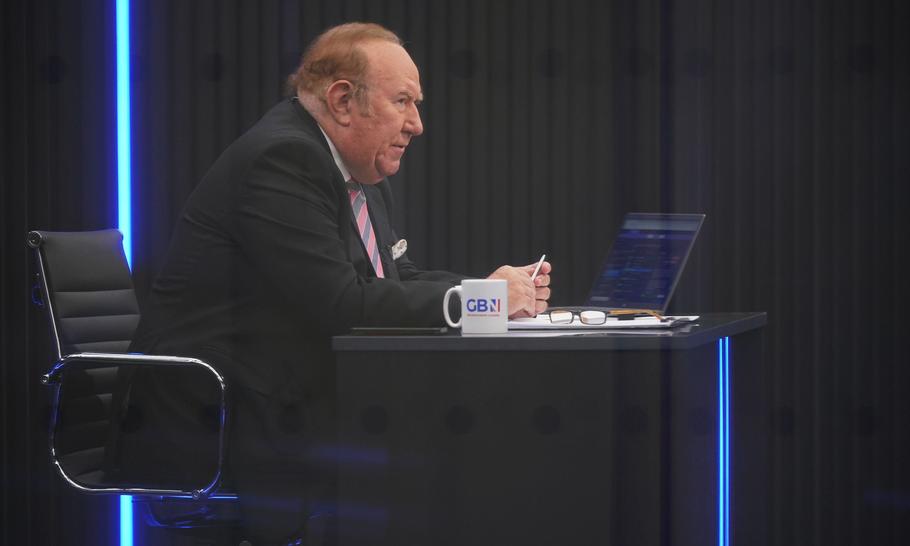 The whole GB News project seems to have been put in doubt by the exit of Andrew Neil, who until yesterday was the corporation’s chairman and itinerant star anchor. He has walked away from the channel after what seems like a ding-dong with the rest of senior management.

The problems GB News has experienced weren’t to do with its half-baked sets and amateurish production style. There was so much goodwill toward the channel from a core audience, that it could have navigated through this rocky start – and probably still will. Viewing figures have been gleefully reported by some elements of the media as a failure, but the reality is that they have been okay, although never magnificent. Commercial revenues have come in, despite the best efforts from protest groups like “Stop Funding Hate”.

Andrew Neil was important to GB News because, as a journalist, nobody is better at holding power to account. The only person who managed to lay a glove on Boris Johnson in the last election campaign was Neil; something he somehow did without even interviewing the Prime Minister. Boris knew he had lost the argument before he entered the studio, so what was the point of turning up? Johnson just ran and hid from Neil.

Andrew Neil lent GB News a gravitas which few, if any, journalists in the UK could bring to the party. But his leaving GB News is far more interesting than mere media tittle tattle, because it points to a wider schism on the Right of British politics.

At the core of Neil’s political outlook is an appreciation of global free trade and business. His specialist subject on Celebrity Mastermind was his fellow Scot, Adam Smith. For many years he ran The Business newspaper, which gave him access to top of UK plc. He made his name as editor of the Economist before he moved to the Sunday Times. Neil is to the centre Right of politics, but it’s a political ideology of liberalism, enterprise and meritocracy. Neil saw this outlook embodied in London. Writing for the Spectator in April 2008, he enthused: “Tradition and tolerance, two great English virtues, have combined with foreign diversity, dynamism and exotica to create a 21st-century British city-state with the world as its hinterland, a place where you can become a Londoner even if you were not born one.” You might almost call such a statement “woke”.

Neil’s vision is a long way from that of the other star of GB News, Nigel Farage. And with Neil gone the channel has virtually become the Nigel show. Farage has used two political parties as vehicles for his vicious brand of English nationalism. Now he’s got his own TV station.

Indeed, Neil has previously sneered at those English nationalists who have now effectively taken over the Conservative Party as well as GB News. In the same article from 2008, he takes this contemptuous understanding for John Bull too far, demonstrating all that is wrong about the London elite: “England, for me, is London, my home for all my working life… The rest of England is for flying over.” He goes on to say that London is “mercifully free of the new English nationalism”, with his preference for a “more open, inclusive, forward-looking” understanding of Britain.

What GB News has embodied until now was two different factions on the Right of UK politics. Andrew Neil and the London elite — pro-business, dynamic and slightly pompous — fighting a losing battle. Nigel Farage and the English Nationalists – proud, down to earth, and bent on small-minded destruction — winning the war.

The centre-Left, when under attack from the hard-Left in the Labour Party, has always put up one hell of a fight. When Margaret Thatcher took the Conservative Party to the Right, she pulled the centre, kicking and screaming, with her. This was because her diagnosis was clear, even if the remedy was controversial. It meant, even if the centrist “Wets” disagreed with the medicine, they could at least agree on the problem around which a coalition was built.

No such Leftist fight or Thatcherite coalition exists on the Right today. The victorious anti-woke faction delights in the small-minded agenda of Farage and his English nationalism. This is the politics of grand tweets and heightened anger. This appeals to the journalist in Boris Johnson; he has been captivated by it, he won power through it, but it will destroy him. And what does the rest of the Right do? Well, after a fight over Brexit which it lost, it seems to have haughtily walked away, just like Andrew Neil.