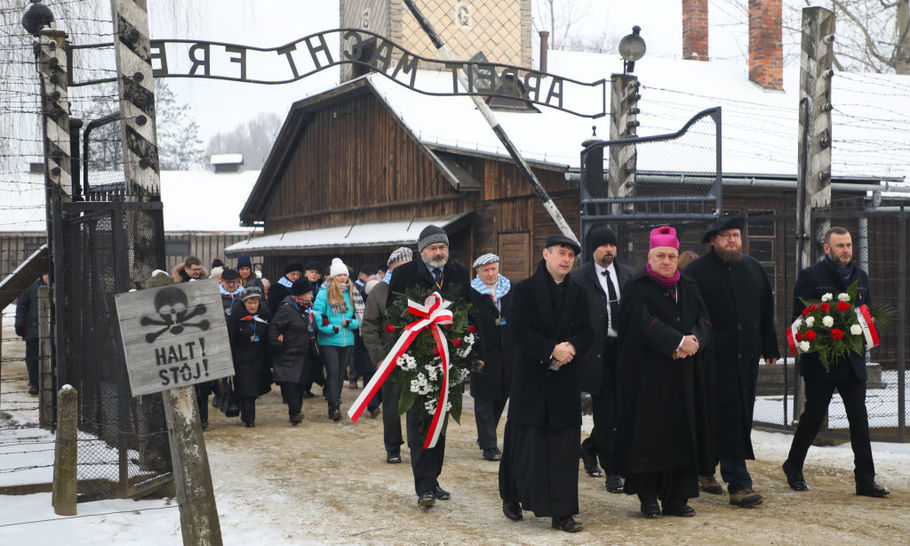 When I first moved to London, people would ask how anyone could afford to live here. From a Canadian perspective, the prices were astronomical. I’m not sure I ever had a concrete answer except to say that somehow we managed. The other question was, “are the British anti-Semitic?” I had more of an answer to that, which was no, I never really thought so. I was told that it rumbled beneath the surface, but I never saw any real evidence. Now I’m not so sure, but more to the point, I can’t believe that I’m writing about the topic in 2019. It’s as surreal as discussing whether black people or gay people should have equal rights.

It is a relevant topic in today’s toxic political climate because anti-Semitism is on the rise: four out of five British Jews believe it is a problem in politics, and nearly a third are considering leaving the country. If that wasn’t scary enough, one in 20 Britons think the Holocaust didn’t happen, and one in 12 believe if it did happen, it was exaggerated.

Over my years of living in the capital, I have rarely come across anti-Semitism personally, although a woman did come up to me at a party in Claridge’s in the ’90s and asked if I was from Mitteleuropa, to which I replied that I had no idea where that was. At a small Christmas gathering in a central London flat a couple of years ago, a British Cypriot described Ed Miliband, then Labour leader, as a “Jew-boy”. He said it to the host within earshot of his daughter, a recent convert, directly insulting her and her two children.

Deeply troubling too is the 15-year old son of a friend who idolises Hitler. The rise of the far right is real. Despite Jews making up a small percentage of the American population, they are half the victims of hate crime in North America. Is this a blip? Is a blip what they thought in Germany in 1933? Or am I taking this existential angst too much to heart?

Deborah E. Lipstadt, the American historian professor from Emory University who won a legal battle against Holocaust denier David Irving in 2000, has written a book called Antisemitism Here And Now. She is under no illusion that it is rife, not least in the Labour Party, where, she says, “Corbyn has emboldened and enabled anti-Semites.”

As a secular Canadian Jew living in Britain, do I need a Plan B? Where would I go? How do you compute that nine out of 10 Jews in Poland have been targeted with anti-Semitism, and that 84 per cent of Jews in Belgium reported having experienced antisemitism in their national media? I never truly give it a thought when I’m in London, having a touch up at a make up counter by a Sudanese woman or speaking to the Turkish couple where I buy my coffee, or the local newsagents who are Ugandan Indian, and in fact, all British.

When Monica Porter wrote her piece about refugees on Thursday in TheArticle, she brought up many issues about asylum seekers. In it, she says that today’s migrants are not the same as yesterday’s Jews. Maybe not. But I am eternally informed by a chapter in my high school history class where we learned that Canada’s wartime Prime Minister, Mackenzie King, turned away the St. Louis in 1939, a boat carrying 907 desperate German Jewish refugees. Famously he said ‘none is too many’. Britain took 288; the rest, rejected by the rest of the world, sailed back to their deaths in Germany.

Today, an emergency response doctor who has covered disasters all over the globe, and a friend of mine, works in a Calgary clinic treating Syrian refugees, all eager to make a new start in Alberta and provide for their families. I reported from Iraq in 2003 and befriended my Shia translator. I eventually helped him, his sister and mother escape to Sweden, where his mother in particular whole-heartedly embraced the language, the culture and a chance at her new life. The Saddam regime had murdered her husband in front of her decades before.

I take some comfort from Hilde Schramm, the daughter of Albert Speer, Hilter’s favourite architect, who has spent her life combatting antisemitism and raising awareness of the past. She was interviewed by Christiane Amanpour on CNN last week, and, now in her eighties, she said she doesn’t believe that things are getting worse in Germany, where Angela Merkel has a zero-tolerance policy on anti-Semitism. Schramm says more and more Germans visit concentration camps and WW2 memorials each year, and therefore you cannot say people don’t care about the past. She thinks that awareness of the past will ultimately counter the rising tide of nationalism. I hope she’s right.