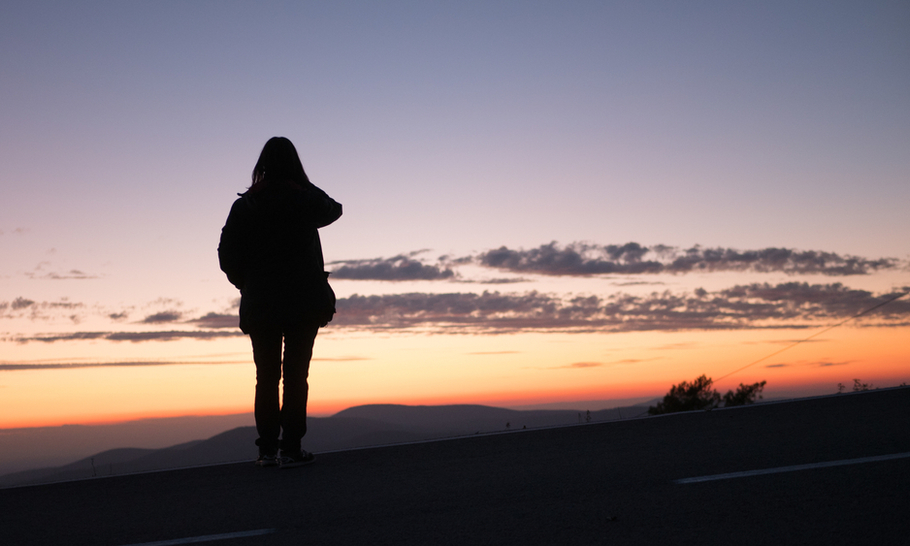 It was the actor Timothy Dalton who ruined me for other men.

I was eight or nine years old, lying on the sofa, battling a fever and watching the afternoon matinee when it happened. The film was Wuthering Heights. Dalton was Heathcliff. And the die was cast.

Love was no longer heart-shaped sweets and posters of David Soul; it was a dirty-faced gypsy boy consumed by a girl called Catherine. Heathcliff’s love was bitter, greedy and eternal, and I had no sympathy for Catherine when she died. She betrayed Heathcliff and she betrayed love. She settled for less and she got what she deserved. I would never have married Edgar Linton. I’d have waited for Heathcliff.

I’ve spent a lifetime waiting for him.

Four decades on, and while recognising that Heathcliff is possibly not the greatest ambassador for love, I can’t shake the “all or nothing” ideal he represents. This probably explains why, at the age of 49, I’m alone and childless and possibly destined to remain that way, certainly as far as children are concerned.

By rights, I should be beside myself. And yet, I’m not. I consider myself a true romantic and if the latest research is to be believed, I’m all the happier for it.

According to the experts, unmarried and childless women are the happiest subgroup in the population.

In his book, Happy Ever, Professor Paul Dolan from the London School of Economics, looked at evidence offered by the American Time Use Survey (ATUS), which compared levels of pleasure and misery in unmarried, married, divorced, separated and widowed individuals.

While men largely benefited from marriage, the same couldn’t be said of women, with middle-aged married women being at a higher risk of physical and mental conditions than their single counterparts.

And yet, in spite of this evidence, there remains a common belief that unmarried, childless women are somehow less complete or in denial.

Although I can’t say I have ever felt in any way stigmatised by my status as a single, childless woman, I have come across people who have found it difficult to understand, or even accept.

A couple of years ago I was pursued via messenger by a former schoolfriend who seemed to think we would be “good together” by virtue of us both liking to write. I tried to let him down gently, only to receive the plaintive cry “Why are you scared of love?” What to say? Single women in their forties are not scared of love; au contraire — they are scared of nutjobs they once went to school with.

In truth, I have been in love on several occasions — one of them deeply — yet it has never been quite enough. Some might say, I’m a childish idealist rather than a true romantic and I should wake up and join the real world. Maybe they’re right. But let me assure you, I am no stranger to reality. Over the years, I have seen it carved into mutilated bodies left to rot on the Afghan plains. I have seen it reflected in the tears of grown men struggling with memories of childhood abuse. I have seen it in the extended bellies of starving children.

I know reality. And that’s why I won’t barter with it in my personal life. There can be no compromise. It’s the real deal or no deal.

Kate O’Connor is an international journalist in her forties now living in London. Though she used to joke that her ideal man was “a hunk with a hedge fund and a horse farm, coming over the horizon in a helicopter,” she is actually very happy with her life the way it is.

“I have a very full and rich life. I have men in my life. I have freedom. And I honestly say to myself, out loud, ‘Thank God, I don’t have children’. I’ve never wanted children although in the two serious relationships in my life I came close to making the compromise, but it just wasn’t me. I’ve never thought I had to conform to what society thinks I should be doing.”

Kate’s longest relationship lasted ten years though she admits it should have been culled by six, but “vanity, hubris and pity kept me going”. She also believes that too many people stay in dead-end relationships because they don’t know any better.

“It’s the frog-in-a-pan-of-cold-water theory,” she explains. “You put a flame under the pan and as the water heats up the frog doesn’t realise it’s going to boil to death. If the frog did know, it would have jumped out of the pan and saved itself. It’s the same if you’re in a long-term relationship; it can deteriorate so slowly that you don’t realise the point at which it deteriorates beyond repair. People stick around because this has become their normal.

According to the most recent figures published by the Office for National Statistics, some 18 per cent of British women aged 45 are childless — putting them close to the top of the world leader board in terms of childless women over forty. The expert opinion appears to be that women are increasingly delaying motherhood in order to pursue careers. While that might be partly correct, life is usually more complicated than that. For some, delaying motherhood wasn’t a conscious decision, it was a repercussion of failing in our primary goal — that of finding true love.

Sandra Khadhouri, 48, is a political communications adviser living in London. She has held down high-powered jobs with the UN, the EU and Nato, but has yet to attain the same success in her personal life.

“People don’t put the same effort into romantic relations as they do in other areas of their life so if they’re happy to be led by their career they’re happy to walk away from relationships. Personally, I’d like to feel that within the relationships that I really thought there was something there, I did make the effort. I did try to make it work, but for whatever reasons those guys at those particular times couldn’t commit to me in the way I wanted them to commit. Now, a couple of them have come back into my life, but it’s too late. I don’t love them anymore.

“I recently found a guide I’d written when I was 12 years old about how to prepare for parties. I had to rinse my hair with rain water, put on body glitter and do my make-up. All the points were itemised and it made me feel quite sad because I used to care so much about getting it right and I can still remember those butterflies at the thought of meeting a guy I liked. I miss that in a way. I guess I’m a romantic at heart, but my passion for other causes got in the way.”

It is this very romantic notion of love that underlines many of the stories of women who have never truly settled. For some it’s an unattainable image of perfection; for others it’s a surprise still waiting to happen; for others it’s a moment that has been and gone and left them unable to move on.

Hels Laycock was 25 when her boyfriend Paul McGee was fatally stabbed after a night out in Lochwinnoch, Renfrewshire in 2009.

Paul, a Scots Guard who was awarded the Queen’s Commendation for Bravery after risking his life to save a fellow soldier in Iraq, was caught up in an altercation between two men and the taxi driver who was taking him and Hels home following a charity event.

Hels, a nurse, said: “All this time, I think I’ve been looking too hard to replace him. I’ve had relationships since he died, but I’ve probably compared them all to Paul. Now, I’m conscious of getting older and all our friends have got married and had kids. I’m the only one who hasn’t. Paul and I might not have stayed together in the end, but the not knowing is what kills me, and when his captain revealed Paul had made plans for the two of us it made his loss even worse because I knew then he had been serious about us and all I’ve ever wanted is to be loved.”

While Hels admits she has gone from one bad relationship to another in pursuit of love, she has always managed to extricate herself before fully committing, knowing deep down that she hadn’t found “the one” to replace the man who could have been “the one”.

Sandra and Kate have also had their fair share of happy-ever-after near misses and though they are both at ease with being single, they are still dating. For Sandra, she believes it’s a question of timing when it comes to finding Mr Right rather than Mr Right Now.

“I do assume I will meet someone in the end, when the time is right,” says Sandra. “I feel that will happen when my life is more settled, and I’ve achieved a few other life goals. I know I must make an effort to meet guys or else it won’t happen. Still, I’m hoping that just by being more open, I will meet someone naturally.”