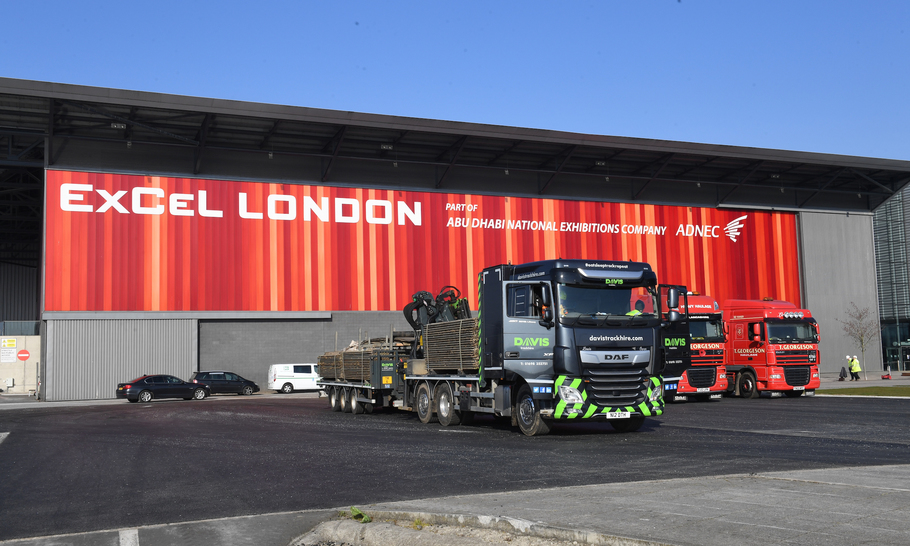 Even though the government has taken firm measures designed to slow the surge of coronavirus, considerable mystery still remains about the present situation. About what is likely to happen during the coming weeks, we know even less.

Amid such a rapidly changing pandemic, accurate statistics are always going to be in short supply. They will alter by the day if not by the hour. Nevertheless, the final evidence sessions held yesterday by select committees of the House of Commons before the long Easter break and the Prime Minister’s afternoon briefing tended to be heavily laden with exhortations, assurances and hopes, while proving disappointingly light on facts.

My notes on statements by the government’s two main scientific advisers, who were flanking Boris Johnson from a safe distance during the regular press conference on 25 March, included such imprecise claims as Professor Chris Whitty’s that the NHS had obtained for the UK “a lot of [coronavirus] tests”, that daily numbers of tests were “pushing forward very fast”, and regarding the plan to increase tests to 25,000 a day, “we will do it as soon as possible”. Sir Patrick Vallance expressed the aim to “ensure that the right people get these tests” and claimed that “the most important measures were put in first”.

Coming to the task of increasing ventilator capacity, Professor Whitty could not guarantee that the supply would meet the demand: it would be a “close-run thing”. He did, however, give the assurance that the NHS would narrow the gap between what he called “demand” for ventilators and the supply of them “to the smallest possible gap over the next three weeks”.

No reply was forthcoming from the press team at the Department of Health when asked for the specifics. My aim in this article is to set out those facts which are known, even though some may not be as meaningful as they might initially appear, to state what public authorities may reasonably be asked to reveal, and to draw what inevitably must be tentative conclusions.

As of midnight on Wednesday 25 March, the latest published figures for the UK showed there had been a cumulative total of 9,529 known cases. Of these, 463 had died, a recorded mortality rate of an alarming 4.9 per cent. Admittedly, this was below recorded mortality by the same date in Spain (7.3 per cent), Iran (7.7 per cent) and Italy (10.1 per cent).

Nevertheless, the UK has emerged as one of the countries with the highest Covid-19 death rates. The comparative statistics include Canada (1.1 per cent), Germany (0.6 per cent), Austria (0.5 per cent) and Israel (0.2 per cent). Experts have offered a variety of explanations for these wide variations. Press analyses have pointed out that many Germans were infected on ski trips to Switzerland. Skiers tend to be young or, if older, fit and likely free from pre-existing medical conditions and thus less likely to die from the infection.

An explanation favoured in the UK for our high mortality rate is that our testing practices have meant that those with mild cases have tended to remain unrecorded more than in countries showing lower mortality in their official statistics. In reality, we do not yet have sufficient data to conduct the necessary analyses. But that also means it is dangerous to exclude deficiences in the NHS or in policy responses to the emergency. The most striking and important lessons are those from China, where the initial catastrophe in Wuhan was so effectively suppressed. I will return to this later.

For the UK, it is obvious that success depends in considerable part on adequate medical equipment, staff, and intensive care beds. What is the position?

That there were only 3,220 tests a day during the past four weeks, highlights the problem faced by those on the front line of the NHS. The tests covered by these statistics are those used to identify those infected with Covid-19. Tests for those showing signs of earlier, sub-clinical infection have another purpose altogether. Without discussing those tests here, we cannot let ourselves be deflected from the immediate need to identify those who have been infected and to test doctors, nurses, ambulance drivers and others who need to come into regular contact with the sick and the suspected sick.

Second, last Sunday doctors issued an impassioned plea for masks, without which, they argued, they were endangering their lives and those of nurses and other staff. In particular, high grade PPE3 masks were needed urgently. The government has reported that it has distributed 1.5 million more masks, but details are lacking. Nor is it clear whether the problem facing those responsible for treating coronavirus patients been resolved.

The fact that so many medical masks are manufactured in China has led to a worldwide shortage. Medical authorities at Vanderbilt University in the USA have recommended that members of the public use locally produced cloth masks themselves, thereby releasing high grade masks for those treating Covid-19 patients. A friend has forwarded the following message on his neighbourhood chatline:

“Good morning all. My husband is tailor in Finchley Central – Peter Pan dry cleaning and is going to be making face masks out of material which will be washable. If you need one please let me know so that he can have an idea of how many to make. Free of charge. Keep well. Please don’t go to the shop once ready I will let you know where to collect from or we can drop. From WHO “If you are healthy, you only need to wear a mask if you are taking care of a person with suspected 2019-nCoV infection. Wear a mask if you are coughing or sneezing. Masks are effective only when used in combination with frequent hand-cleaning with alcohol-based hand rub or soap and water. If you wear a mask, then you must know how to use it and dispose of it properly.”

Third, are we facing a potential shortage of ventilators — a real possibility according to the government’s own experts? What action is being taken to lessen otherwise avoidable deaths from the shortage? So far, three steps have been taken: postponing non-urgent surgery, making available ventilators kept by military forces for use in wartime, and making an arrangement to use those held by private health providers. By these means, the number of ventilators has apparently been increased from 5,000 to 8,000. According to the Guardian, 30,000 ventilators are likely to be required.

It is unclear whether the NHS has succeeded in purchasing machines manufactured abroad or whether more basic versions, such as those used regularly for sleep apnoea, can be adapted. The Guardian of 23 March reported that the government is in negotiation with Smiths Group of Luton, which makes the paraPac, and Oxfordshire-based Penlon, manufacturer of the Nuffield 200 Anaesthetic Ventilator. Whether to go for simpler or merely different machines obviously will present challenges, simply because decisions will need to be taken at great speed, possibly without the normal testing protocols and staff will in any case have to be trained in their use.

Fourth, how are intensive care beds to be prepared? Here too the government has started by making a deal with private health providers and has announced that the ExCel Centre in London will be used as a 4,000-bed coronavirus hospital. Further plans will be needed. While the authorities understandably wish to avoid scaring the public, it will provide assurance if people are told which places they have in mind as emergency hospitals and how long it will take to make them operational in case of need.

This brings me back to China. Specialists at a leading US medical centre recently had a discussion with their Chinese colleagues about the lessons they had learned. What immediately impressed them was the way all the Chinese hospital staff — not only the doctors — were strictly garbed in protective clothing. To one of the US team, the Chinese success in limiting the damage caused by Covid-19 was, above all, a testament to China’s manufacturing capacity. The Allies won the Second World War not through superior generalship or better fighting quality of their troops, but because US factories produced more aeroplanes, tanks and ships than the Germans and Japanese could destroy. In this war, the race to produce masks, testing kits, ventilators and intensive care beds will be equally decisive.

While this will not be the sole factor, the government’s ability to commission the most suitable, urgent medical tools and either to import them or to find UK manufacturers will largely determine whether or not those catching the virus will die unnecessarily.

There is one vital difference between industrial mobilisation in time of war and the current emergency. In war, a high level of secrecy is unavoidable. When it comes to providing tests, masks, ventilators and hospital beds, the more transparency, the more grown-up detail the better.