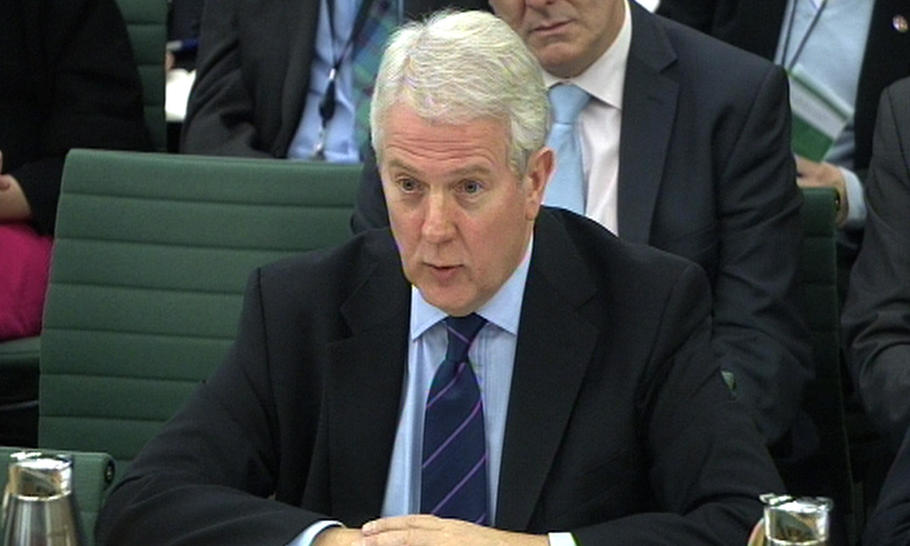 According to a recent piece by Jim Waterson, the Guardian’s media editor, “David Jordan, the BBC’s director of editorial policy, said the broadcaster should ‘represent all points of view’ and wanted to see a belief in impartiality triumph over identity.” “We are very committed to ensuring that viewpoints are heard from all different sorts of perspectives and we don’t subscribe to the ‘cancel culture’ that some groups would put forward,” he said.

Jordan (pictured above) said everyone should expect their views to be appropriately represented by the national broadcaster — even if they believe the Earth is flat. “It’s critical to the BBC that we represent all points of view and give them due weight,” he told the Guardian. “Whether or not some members of our staff like it is not the point. They leave their prejudices at the door… they need to be prepared to hear viewpoints they might personally disagree with. It’s our job to get those viewpoints proportionately viewed on the BBC.”

I have considerable respect for David Jordan. He has a difficult job at a difficult time, trying to reign in opinionated presenters and producers, while preserving the BBC’s reputation for impartiality. But this is tame stuff. Of course, the BBC should “represent all points of view” and impartiality should triumph over identity. This is stating the obvious.

More to the point, flat earthers and (later in the same article) trans activists are poor examples. The really contentious and divisive issues on BBC news programmes are not about whether people think the earth is flat, but whether reporters and producers think Israel should be criticised more often than not and how much anti-Semitism should be reported in news programmes; whether Brexit was a devastating blow for Britain, brought about by nefarious means, and that Boris Johnson rather than David Cameron or Jeremy Corbyn and his shadow cabinet should be held primarily responsible for Brexit; how important slavery and colonialism are for most British viewers and listeners as opposed to many academics and museum curators. It is surprising that Jordan doesn’t even mention these issues.

There’s something else that Jordan failed to mention and that Waterson didn’t report in his article. Is content at the heart of the debate about bias at the BBC? Or are there other important issues that need to be addressed? Casting, for example. There are some BBC news programmes I have stopped watching because they over-represent Leftist extremists from Novara Media or too often they feature interviewees with strongly held Left-wing views without mentioning their political affiliations.

David Jordan should insist that the BBC regularly publishes the number of times certain figures appear on their news programmes. I am a great admirer of Professor David Olusoga. He has done a great deal to make the history of slavery and colonialism more prominent. He is a fine communicator and as Professor David Abulafia, the Cambridge historian, rightly pointed out, he is an eloquent speaker, measured, articulate and rarely strident. However, not only was it predictable that he would be the only speaker invited to comment on the Today programme about the result of the recent trial about the Colston statue, but also how he would react to the verdict. The presenter, Nick Robinson, did a good job of questioning Professor Olusoga, but that’s not the point. How often does Professor Olusoga appear on the Today programme, or on other BBC programmes, compared to people who might disagree with some of his views?

It would be interesting to see how often Professor Olusoga or Ash Sarkar or Aaron Bastani from Novara Media have appeared on BBC News programmes over the past few years. More than interesting. It should be an obligation for the BBC to make such data available online and to regularly publish criticisms of the BBC of its coverage of Israel.

The BBC produces a couple of short programmes (Newswatch, buried on the BBC News Channel, and Feedback on Radio 4) which ostensibly offer viewers and listeners a chance to complain about its programmes. The problem is that the presenters, Roger Bolton and Samira Ahmed (and, I presume, their producers) tend to side with the BBC rather than the complainants. They are very different kinds of programmes from Channel 4’s Right to Reply with Gus Mcdonald, who robustly sided with the viewers and gave Channel 4 executives and producers a tough time. He even gave Jeremy Isaacs, then Chief Executive of Channel 4, a roasting over a series on Greece during the Cold War, an interview which, as Isaacs later wrote, contributed to his failure to be appointed BBC Director-General almost a decade later.

The question is not whether there is bias on the BBC, primarily but not only on its news programmes. The questions are what should be done about it, how it should be monitored and how this information should be made available to viewers and listeners. I hope David Jordan comes up with a more robust response to the question of bias at the BBC at a crucial moment, when so many are losing faith in its impartiality.

David Olusoga has pointed out that he was ‘invited onto the Today programme to discuss the 1921 Census and was asked a few Colston questions as [he] was already booked to appear’.