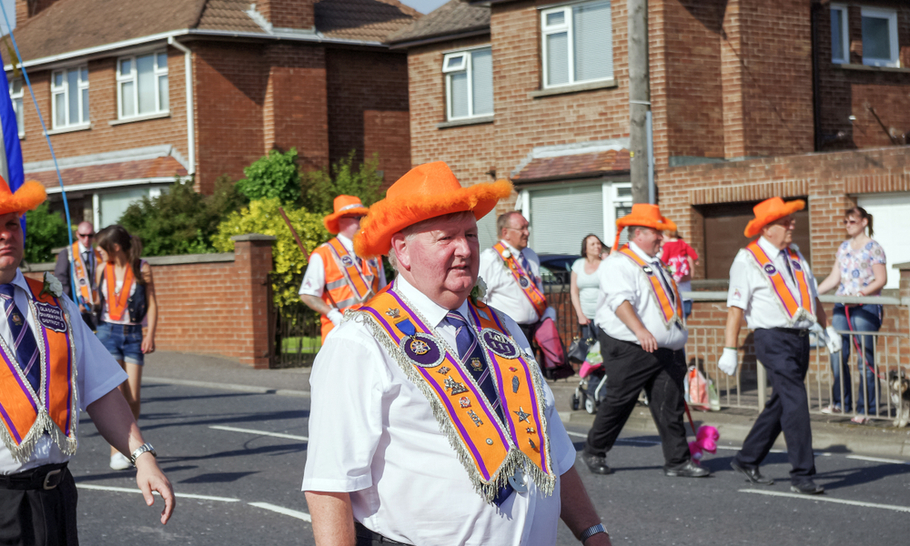 News that MPs have voted to support the introduction of same-sex marriage and the liberalisation of abortion law in Northern Ireland has sent shockwaves through the province’s most conservative religious communities. Local unionist politicians have long been regarded as “dinosaurs” on account of their rejection of progressive agendas, but their lack-lustre response to this crisis heralds the end of Protestant Ulster. For in Northern Ireland, as throughout the secular west, politics trumps faith.

It was not always so. In the late 1970s and early 1980s, the rural towns east of the river Bann were strongholds of the Democratic Unionist Party, then an insurgent political force that interpreted the worries of the protestant working class within a conspiratorial and apocalyptic end-of-the-world-view in which “Ulster” (as party apparatchiks inaccurately referred to Northern Ireland) became the ground-zero of the last-days conflict between the forces of the papal antichrist and those he had always sought to destroy.

The crusading rhetoric that drove this politics called for forms of social rigidity that were entirely alien almost anywhere else in the United Kingdom. With the Troubles at their height, and in the name of safeguarding Britishness, DUP councils employed staff to chain up swings on the Sabbath, while their political leaders led campaigns to “save Ulster from sodomy” (1977) and other moral panics. This campaigning in defence of “traditional morality” developed alongside DUP support for a paramilitary organisation known as the Third Force (1981), the often extra-legal and sometimes violent mobilisation against the Anglo-Irish Agreement (1985), and Ian Paisley’s denunciation of Pope John-Paul II as the antichrist during the pontiff’s speech to the European Parliament (1988). The DUP were on the radical right of Northern Ireland politics, and it was left to the Ulster Unionist Party to persuade unionist voters to consider a shared future with the constitutional nationalists of John Hume’s Social Democratic and Labour Party, and so to embrace the strategies for peace that were enshrined in the Good Friday Agreement (1998).

Success was sweet, and the leaders of the UUP and SDLP were jointly awarded a Nobel Peace Prize. But hopes for a shared future began to falter, as the same agreement that brought an end to almost all the violence actually served to institutionalise the very divisions it was meant to push beyond. As unionist voters worried about their future in an arrangement in which devolved government could only continue with nationalist consent, they turned increasingly to the DUP as the party that had demonstrated its commitment to defend their cause. Support for the UUP diminished, as unionist voters understood how their crisis would be resolved: only the DUP could save Protestant Ulster.

But these voters were wrong.

Two decades after the Good Friday Agreement, and two and a half years after the collapse of the devolved assembly at Stormont, ten DUP MPs prop up the minority Conservative government in Westminster, with political clout that would have seemed extraordinary to the party’s founders. But their power in the Commons disguises their vulnerability at home. In the last council elections, earlier this summer, DUP candidates attracted over 24% of first-preference votes, less than one percent above the Sinn Fein total. Never far from reflecting changes in demographics and religious identity, the results of a run of elections in the province have seen an evening out of support for the two major parties upon which the future of devolved government depends. The rhetoric of the last several elections has seen both parties appeal to their base, in the realisation that neither has much capacity to move beyond it. Yet, in their search for new votes, both parties began to look beyond the conservative moralism of their most devout supporters. For progressive politics has begun to corrode the religious divisions that traditionally determined local electoral identities – just as the colourful variety of rainbow flags make increasingly redundant the sporting of orange and green.

Sinn Fein were first to embrace the progressive agenda. In June 2018, the party voted to change its stance on abortion, moving away from its previous support only for abortions in extreme cases such as rape or fatal foetal abnormality, leading to a split that has yet to cause any serious political headaches. The DUP quickly got on board with the local cultural revolution. In the same month, party leader Arlene Foster spoke at an event organised by PinkNews, to recognise the contributions made to local life by members of the LBGT+ community and to suggest that the party would move to find candidates within it. Less than one year later, in April 2019, the party ran its first-ever openly gay candidate. But this move to reach out to former “others” should not be entirely surprising. In June 2017, the Scottish Conservative leader Ruth Davidson argued that she would put the cause of gay rights above all party political issues, while DUP leader Arlene Foster argued that she would sacrifice everything for the sake of preserving the union. At that point, I predicted that these comments would determine the “scale of values on which the Conservative-DUP pact will turn.” And so it has turned out. British Conservatives have pushed Northern Ireland unionists to accept social policies that were once inconceivable. Bowing to the inevitable, and being willing to sacrifice almost anything in the hope of maintaining the union, DUP strategists are enabling some of the most radical legislative changes in the history of Northern Ireland.

They do not need to do so. The DUP’s confidence and supply arrangement with the minority Conservative government provides them with formidable negotiating power. Throughout the Brexit crisis, the DUP made repeated threats to derail key votes when they believed that government policy was threatening the unity of the United Kingdom. But they have made little fuss about this more recent threat to the values that party members once found axiomatic.

The fact that the DUP is prepared to allow one of the most astonishing political developments in the history of Northern Ireland tells us a great deal about changes within the party and in the contexts in which it works. Over the last two decades, and especially since the death of its founder, Ian Paisley, religious influence within the DUP has steadily eroded, so that the party, which was always stronger on theology than ideology, now lacks any clear centre. Its principal red line – and perhaps its only one – is the union. But this commitment to the union has to take account of the fact that DUP voters are changing too. Despite the pageantry of the 12 July demonstrations, unionism is less and less of a religious phenomenon. The constituencies that return the largest numbers of unionist votes now also report the greatest concentrations of individuals claiming no religious belief. Unionism is becoming more secular, and unionist politicians recognise this. David Trimble, the most distinguished former leader of the Ulster Unionist Party, voted in the Lords in support of the imposition of same-sex marriage and the liberalisation of abortion law in the province, and very few other unionists, other than Jim Allister, leader of the Traditional Unionist Voice, are likely energetically to resist it, and to continue linking the cause of the union to the maintenance of the protestant faith.

Since the collapse of the devolved assembly, two and a half years ago, Sinn Fein has been pushing for the introduction of same-sex marriage as a precondition for its return to the compulsory power-sharing government. In order to see the return of Stormont, the DUP needs same-sex marriage to be introduced, but it needs to be able to blame the introduction of that legislation on someone else. The party of former fundamentalists will hold its nose during one of the most significant changes in public morality in living memory.

Forced to choose, the DUP will prefer power to piety.

Behold, the end of Protestant Ulster.