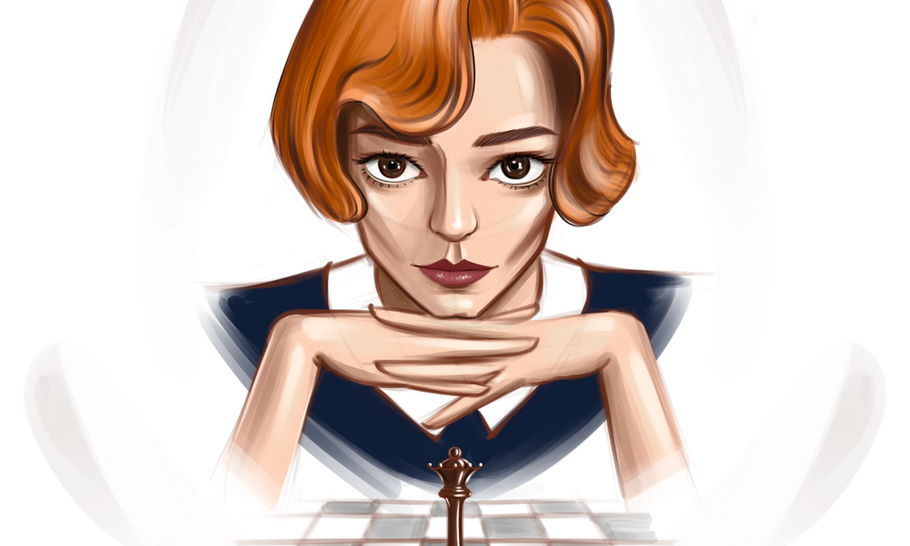 As we know, 2022 is the fiftieth anniversary of the Spassky v Fischer world championship of 1972, which has gone down in chess lore as: the Match of the Century. The anniversary has been marked by a special exhibition at the US Chess Hall of Fame in St Louis, as well as a stupendous new book by Jan Timman, The Unstoppable American, and a revival of CHESS The Musical by Sir Tim Rice and the male half of ABBA.

I was invited to see CHESS (for about the 20th time) towards the end of last month, and once again (perhaps partly fuelled by ABBA’s recent virtual reincarnation) the audience reception was rapturous. Personally, I never tire of seeing it, since it represents such a huge slice of my own professional career: as commentator on all of the Fischer, Spassky, Karpov, Korchnoi and Kasparov matches, but also as Viktor Korchnoi’s chief second in the 1977/1978 world championship cycle and chief organiser of the 1986 Kasparov v Karpov match in London.

The game of chess can be enjoyed in many ways: as a social game, an international competitive sport, an online activity, as a focus for study or aesthetic appreciation in both technical and creative literature, or even for the fine chess sets. It is also a metaphor and a global media sensation; we seem now to be entering a new phase of that direction.

In my lifetime, chess has moved front and centre in public perception on several earlier notable occasions. The first was the legendary match in 1972, between Fischer and Boris Spassky, widely seen as an archetypal battle between American capitalism and Soviet communism. It even required personal interventions from Dr Henry Kissinger and British financier Jim Slater, to persuade the mercurial Fischer to turn up in Reykjavik and actually play for the championship. The former based his appeal on patriotism, while the latter, more realistically, backed up his powers of oratory (boiling down to the immortal phrase: “come out and play, chicken,” or words to that effect) with a cache of, as Shakespeare put it in Richard III, “all corrupting gold”.

Timman’s book relates Fischer’s juggernaut path to this match, in the course of which he scattered most of the world’s leading grandmasters like confetti in the wind. I have a theory, based on Timman’s profoundly masterful comments to Fischer’s games — comments which mark out this book as a sure fire winner for The Chess Book of 2022. My theory is this: that Fischer had immense energy which he used for virtually infallible calculation of variations. His opponents, though, especially the older grandmasters, were relying excessively on intuition. This lesson is brought home by egregious endgame blunders committed against Fischer by the experienced Soviet grandmasters Geller and Taimanov. Fischer’s fierce energy also caused even greater opponents, Larsen and Petrosian (to name his most illustrious victims), to simply wilt under the unrelenting pressure.

The next occasion when chess hit the headlines was the 1978 World Championship between defector Viktor Korchnoi and Anatoly Karpov, Golden Boy of the Soviet chess establishment. Staged in Baguio City, summer capital of the Philippines, this clash between the two sons of Lenin, one of them loyal, the other, somewhat less than prodigal, also seized global attention, to such an extent that it attracted the greatest amount of publicity, in terms of column inches, for a South East Asian story since the Vietnam War.

Chess became world news once again with the 1985 and 1986 confrontations between Garry Kasparov and Anatoly Karpov, when, for the second time, an ideological element added spice to the occasion. Karpov was cast in his habitual quasi-diabolical role of Lenin’s favourite son, while Kasparov assumed the virtuous mantle of defender of Glasnost and Perestroika, at the time being championed by Mikhail Gorbachev. Half of the 1986 match was contested in London, the then Prime Minister Thatcher opened the event, and UK television was awash with chess programmes.

Notoriously, the first Karpov v Kasparov match had been halted by the corrupt world chess federation President, Florencio Campomanes, when Kasparov, after a bad start, seemed in danger of actually winning the match. As Sir Tim (more or less) wrote at the time:

As you settle down behind your pawns,

Power passes to me.

They all think they are the big Fromage,

But they don’t have my clout.

I start the match, I control it, I can call it off,

Kasparov found that out!

These words are approximate and come from memory, since they had been sadly excised (along with the uproarious Merano song) from the version of Chess the Musical which I saw last month.

Audiences in my experience adore Chess the Musical with turbulent battles on the chessboard reflected by the equally tumultuous personal relationships of the protagonists. It seems to me that Sir Tim has always been irritated by critics who damn with faint praise by castigating his plot as implausible.

But compare real life: in the championship matches of Baguio 1978 and Merano 1981, Viktor Korchnoi was chiefly supported and represented by a lady who had spent ten years in the Vorkuta concentration camp for trying to blow up a Soviet train; after gloriously winning the 1972 title, Fischer went into self imposed hibernation for twenty years; swiftly passing over Korchnoi’s resorting to orange robed mystic chanting gurus , what can be said about the captain of the US male team, who eloped with the defecting top board of the Soviet Women’s team? Verily I say unto you: Truth is stranger than fiction!

Later, Grandmaster Nigel Short became the first British player to compete directly for the World Title for over a hundred years, the most recent previous challenge having been that of Isidor Gunsberg against Wilhelm Steinitz in New York, 1890. Once more, with The Times sponsoring the contest, both the BBC and Channel Four competed for the rights to flood our screens with chess.

I was involved in fundraising for the match (with the invaluable support of TheArticle‘s Editor, Daniel Johnson) organising the competition at The Savoy Theatre, providing daily reports for the Times as well as TV and radio coverage, writing the match book, compiling anthologies of the best games of both Kasparov and Short, as well as producing the video record of the contest. Overall, in 1993, I made 84 TV broadcasts on the match, and published seven books.

Last year, as we have seen, chess fever struck yet again, with the Netflix seven part series, Queen’s Gambit. Based on a novel by Walter Tevis, the TV series attracted the advisory skills of US chess expert, Bruce Pandolfini, as well as Garry Kasparov himself. The narrative reverses the story of the meteoric rise of Bobby Fischer, turning history on its head by making the emerging chess champion a female, fictional character named Beth Harmon. Queen’s Gambit has become one of the most watched series, among Netflix’s audience of hundreds of millions. The novelist Stephen King, no stranger himself to mass media triumphs, has lauded Queen’s Gambit as the best thing on television.

Paradoxically, this reversal of gender, the fictional story of a female version of Bobby Fischer, has reached a far greater audience even than the Fischer-Spassky match itself, which in 1972 did not have the benefit of global television or the massive outreach conferred by the internet. The metaphorical use of chess to convey female mental empowerment, outthinking all her male opponents, has excited the same kind of enthusiasm that accompanied the recent victory in the Euro Championship by the English female football squad.

I conclude this week with two items: first, a link to the most celebrated Queen’s Gambit of them all, Bobby Fischer’s win in game six of his 1972 World Title Challenge to Boris Spassky. Grandmaster Emeritus Harry Golombek OBE, writing in The Times, admired the tigerish quality of Fischer’s conduct of the attack. The former World Championship Candidate Miguel Najdorf from Argentina compared Fischer’s achievement to a Mozart symphony, while even Boris Spassky, the victim of the tigrine onslaught, joined in the applause at the end.

Next, the decisive win (game 18) by Anatoly Karpov against Soviet defector Viktor Korchnoi, at Merano 1981, where I first encountered Tim Rice, busy writing up his research for CHESS the Musical, while I was collecting material for my book of the world championship: Massacre in Merano.

Raymond Keene’s latest book “Fifty Shades of Ray: Chess in the year of the Coronavirus”, containing some of his best pieces from TheArticle, is now available from  Blackwell’s .