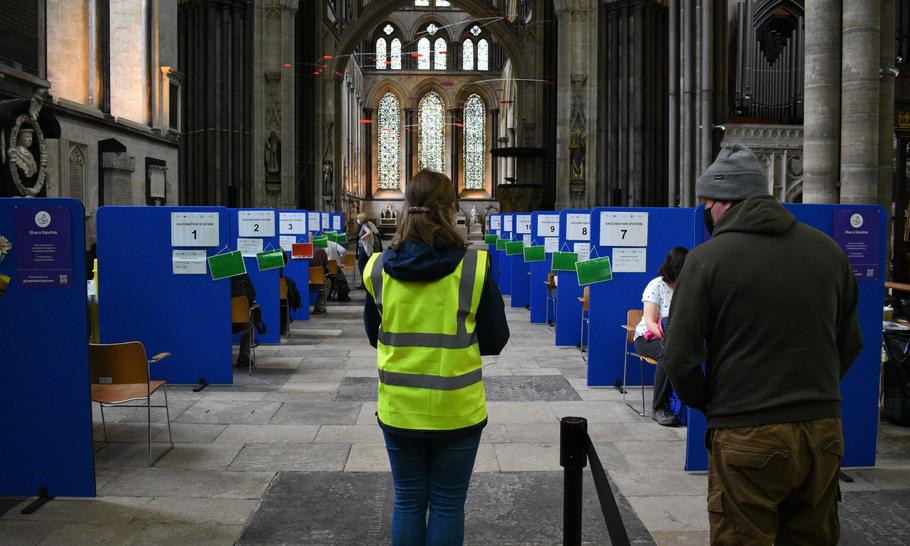 It looks as though the Prime Minister made the right call on the Omicron variant. The latest figures from hospitals in London show that Covid admissions have peaked, with the rolling average having fallen for seven days in a row. Despite the soaring numbers of cases driven by the highly infectious Omicron, compared to last January, only half as many people are in hospital with the virus. Intensive care bed occupancy is back to the levels of last October, before Omicron hit the UK. Even staff absences have yet to cause significantly greater problems than in a bad flu year. Chris Hopson, a senior official, says that the NHS will not be overwhelmed by a tsunami of Covid patients across the country, predicting that “the front line will hold”.

At the medical level, this is obviously good news for everyone. Politics, however, is more of a zero-sum game. Those politicians who before Christmas were predicting disaster unless the Government imposed new restrictions, such as a “circuit-breaker” ban on socialising, now look foolish. Boris Johnson took a gamble that the vertiginous rise in cases would not translate into hospitalisations and deaths. He put his faith in boosters and Plan B, rejecting a more draconian shutdown. That gamble has paid off, enabling the country to enjoy Christmas and New Year without catastrophe.

The PM still faces criticism from backbench sceptics in his own party, who want the Plan B measures, such as compulsory mask-wearing in many public places, lifted by the end of the month. But ministers are already talking confidently about “living with Covid” and some measures, for example on air travel, are being eased and the hospitality industry has survived, with the help of additional subsidies.

Sir Keir Starmer, who is now isolating with Covid for a second time, will not emerge from this phase of the pandemic with his credibility enhanced. The Labour leader has consistently taken a pessimistic view, regarding the Plan B measures as necessary but inadequate. Last month he accused his opponent of “a vacuum of leadership” and claimed that Boris Johnson was “the worst possible Prime Minister”. Now it looks as if it was Sir Keir himself who got it wrong. If he had been in charge, it seems likely that the country would have been plunged into some form of winter lockdown and the economy would have nosedived. Under Boris, we have squeaked through.

This impression is doubtless unwelcome to a great many people who have been enjoying the spectacle of a Prime Minister on the ropes. He had seemingly been floundering for months, as his opinion poll ratings sank to their lowest ever level, fuelled by a damaging rebellion and a humiliating by-election loss. But the public will eventually realise that on the biggest issue facing the country, Boris Johnson has steered a sensible middle course between an over-cautious Left and a reckless Right.

This encouraging start to the New Year offers the Government an opportunity to reset the political agenda. Most people are neither authoritarian nor libertarian, but pragmatic. Boris Johnson has positioned himself as the leader of the pragmatists of all parties and none. As the pandemic recedes, the cost of living will return as the dominant question facing the country. The Prime Minister needs to have a practical plan ready to reduce inflation in the long term and mitigate its effects in the short term. He needs to soften the impact of the energy crisis and cushion those who cannot afford tax rises, however necessary these may be to address the ballooning budget deficit.

Above all, however, true leadership consists in endowing the entire range of Government policies with an energy and dynamism that have hitherto been in short supply. In any crisis, the nation looks to its Prime Minister to instill faith, hope and charity — virtues that have often been conspicuous by their absence during the darkest days of the pandemic. Boris Johnson has hardly covered himself in glory over recent months, but at a crucial juncture he seems to have been the right man for the job. His task now is to build on that success to inspire the people with a new can-do spirit. Under Boris, Britain has shown the world how to beat Omicron. If we can do that, we can do anything.