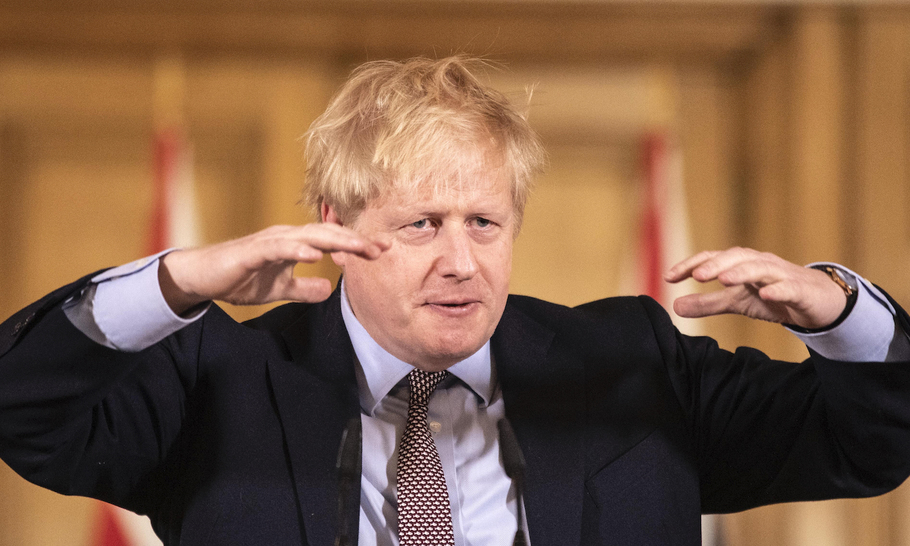 In truth there are few major crises. The run of bad form might be a temporary crisis for the football manager, ending in his sacking, but then a chance for a new man to turn things around. The company has to find a new boss, and does. Depending on the nature of the scandal, and its impact, the minister might get sacked, which could be a good thing for the department of which they are in charge. Crisis over.

There were literally hundreds of situations described as “a crisis” by the media when I worked for the Labour government under Tony Blair, but around half a dozen that really were: foot and mouth; the fuel protests; Kosovo; 9/11; Afghanistan; Iraq (at various points;) and of course under Gordon Brown came the Big One — the global financial crisis (GFC) of 2008.

The current coronavirus crisis is different. It is a crisis for every government, every company, every major organisation in the world, and every family will be affected by it. Its reach and its potential implications are greater than any and all of the above, including the financial crisis. The backdrop against which the crisis is unfolding makes it greater still: a US President who shows little regard for his role as global leader; the rise of populism and with it the undermining of institutions and the denigration of expert opinion; and a transformed, angrier, faster, more difficult media landscape.

So I do not for one second minimise the enormity of the responsibility facing Boris Johnson, his ministers and his advisers. They are human beings, with the same 24 hours in the day we all have, but with the need in those hours to make decisions of enormous import. These are life and death decisions, for people, for families, for entire communities.

This is a crisis that requires the full weight of government thrown behind it, right across all departments. As the leader of that government, Johnson’s role is to devise, execute but also narrate the strategy to get the country through the crisis. The role of his ministers is to support in the devising, execution and narration of the strategy in so far as it relates to their areas of responsibility. The role of experts and officials is to support them and, where sensible, take the lead in the explanation.

In such a time, whatever the country may feel about its leaders, most reasonable people will make allowances because of the scale of the challenge, and will trust those leaders more than they otherwise might.

But that trust must be two-way. People must be taken into the confidence of the government. The basis on which decisions are made, not just the decisions themselves, must be properly and consistently communicated.

It was hard to understand why it took so many days for Johnson to see that, no matter how radically the media landscape may have changed, there remains a place for old-fashioned press conferences, a daily, detailed explanation of the crisis, and the measures being taken to deal with it. There is no shame in admitting that “we don’t know at this stage” will be the answer to some of the questions. But no question should be asked where the answer has not been anticipated and the response fully thought through in advance.

Yesterday, on financial support for badly hit businesses, on whether or not people should visit loved ones in care homes, in urging people not to visit pubs and clubs, restaurants and theatres and what this meant in practice, Johnson was at best vague, at worst confusing. And when he claimed that once we were through this, the economy would come “roaring” back, he was slipping into his comfort zone of campaign rhetoric mode.

Several weeks in, the overall strategy to deal with coronavirus remains unclear. Much of the confusion flowed from what appeared to be sanctioned briefing that “herd immunity” was the goal. This has subsequently been denied, not least following the incredulity expressed by other governments deploying very different strategies, and epidemiologists concerned it amounted to the acceptance of death on a vast scale.

So, with many other countries closing schools, and explaining the dangers of keeping them open, our government’s decision to keep them open has two principal effects. First, it leaves headteachers, teachers and parents to make decisions based on conflicting guidance signals. On the one hand, all social contact is potentially dangerous; on the other, it is OK to send your children to schools, where social distancing is anathema. As one of our local headteachers put it this morning, many teachers live together; many children live with a grandparent; what is he supposed to tell them about the decision they should make? Teachers may have complained when Michael Gove was Education Secretary that he was too active, too interfering, too high profile; but today they are wondering what his successor, Gavin Williamson, actually does. Schools are flying blind.

It also leaves people wondering whether, despite saying the aim is to avoid the spread of the disease, the government does actually want more people to get it. It is the sort of confusion that can only be cleared up by a clear exposition of an overall strategy, in language everyone can understand. It should be the focus of Johnson’s next major public intervention.

Similarly, it is only a few days ago that the banning of major events was seen as counterproductive. Now it is essential. Even accepting that these can be fine judgements, two such diametrically opposed decisions, announced with similar conviction and certainty, do not combine to build trust and confidence.

The same goes for the confusion created by Johnson’s message about pubs and restaurants, theatres and cinemas. When France announced a ban, a shock though it was to those whose livelihoods depend on these businesses, the often querulous French appeared to accept it. Clarity worked. President Macron has been clearer too about the role of the state in supporting those businesses. One of several mixed messages from Johnson yesterday was this — do not go to pubs and restaurants because this is dangerous. But no, we are not telling them to shut down.

Today, it is falling to the Chancellor, Rishi Sunak, to set out economic measures. These are clearly crucial, given that so many livelihoods risk being shattered by the economic slowdown. But across the whole of our national life, the public will only come behind the government in its management of the crisis if all the difficult questions are pre-empted, difficult choices put forward and debated, difficult decisions explained.

The issues in schools and hospitals are evident, and will continue to command a lot of attention. But think for a moment of how many other major areas of national life may become the source of a crisis within a crisis. Local authorities. Prisons. The courts. The homeless. Sport. Culture and the arts. Domestic violence and abuse. Loneliness. Anxiety and depression. Scams of the vulnerable and elderly. We can all think of so many more. The government has to have a strategy for every one of them, and bring the public with them behind those strategies.

There can be no such thing right now as too much planning, and no such thing as too much information. Government has to dominate the debate in a time like this. When ministers and officials are tired of saying the same thing, and making the same arguments, that is the point at which they are beginning to reach the outer ring of public consciousness. Keep going.

Organise every part of every day, and organise your communications as far as they need to go. But also, do not forget internal comms inside government, which all too often get neglected in times of crisis. Rebuttal matters more than ever too, because of the speed with which conspiracy theories and falsehoods spread. Put extra effort into the big moments. That was the problem with yesterday’s event. It left too many unanswered questions, which suggested to me that it had not been fully thought through.

It is definitely right to do at least daily briefings, and to have them established as go-to moments for the public. There should be little or no briefing outside of these events, and certainly a complete halt on the briefing of major developments by anonymous sources to favoured journalists. But the format of three men in suits talking behind lecterns will not hold the country’s attention in the way it might have done even in my time. Film and graphics should be added to the mix, not least for how they can then be used on social media.

One final point. The crisis is being exacerbated by the confusion created by the seeming lack of an international response. Donald Trump is a real problem in this, symbolised by the ludicrous USA baseball cap he wore at one of his White House briefings. Trump is not going away any time soon. Added to which, the power of the UK’s voice has been weakened by Brexit. But we remain a major power, and just as Gordon Brown showed a global leadership role in the GFC, so it is open to the UK to seek to do so now.

Johnson has had a bad start to this crisis. But it is a crisis that will be with us for some time yet. It is not too late for him to turn things around, provided he and his team can find the new mode to do so.