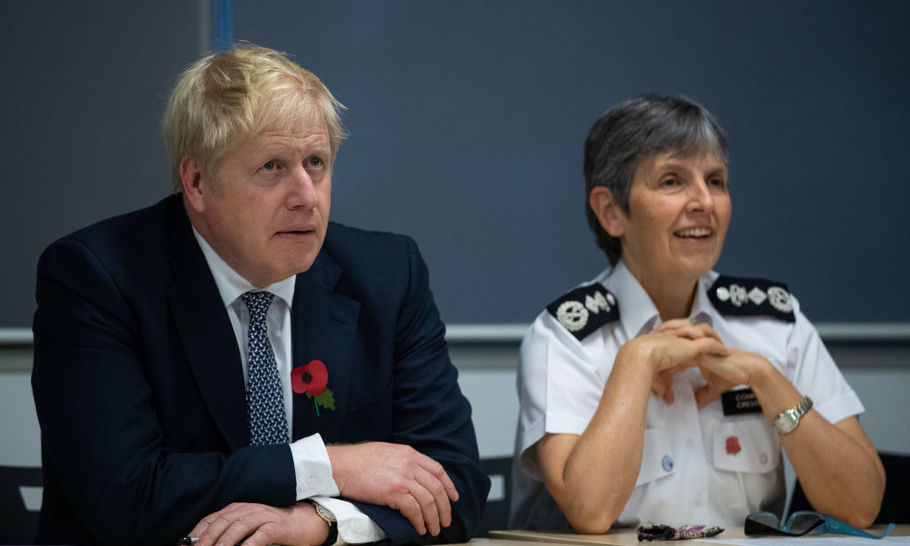 Johnson of the Yard? The mind boggles at the notion of Boris Johnson as our crimefighter-in-chief. Yet as Mayor of London, he brought crime significantly down. In Sadiq Khan’s London, violence has returned to levels last seen in 2008.

Indeed, the Prime Minister evidently relishes his new self-appointed role, leading a new cabinet committee to tackle gang culture, knife crime and “county lines”. The former Bullingdon Club vandal and self-confessed demon cyclist is now a reformed character, determined to restore the Tories’ tarnished reputation as the party of law and order. Creating committees and task forces is the easy part, of course. The real test is translating good intentions into action on the mean streets of our towns and cities.

In early Victorian England, constables were known as “Peelers”, after Sir Robert Peel, who created the modern police force. The Government was elected on a promise to recruit 20,000 more police officers. What should be the priorities for the new Boris bobbies? Here is a ten point plan.

1.) Speed up the training of the police by recruiting ex-officers. In London, it often takes up to a year to get successful applicants into uniform. At that rate, the 20,000 new officers won’t be on the beat for years. The brightest and best should be fast-tracked, but at present there are not enough facilities even to train Royal protection officers.

2.) End the culture of extreme political correctness in our police forces. Senior officers seem to spend more time fussing about diversity and internal disputes than on fighting crime. More than 90 per cent of “minor” offences are never even investigated. This must change. Such indifference to lawbreaking is damaging to confidence in the criminal justice system. Politically correct platitudes are not what the public expects from the police. They want to see criminals caught and punished.

3.) Prisons must cease to be academies of crime and terrror. The horrific attacks on prison officers by two Islamist extremists were the first incidents inside prison to be classified as terrorism. But they are the tip of an iceberg of violence that can no longer be tolerated. Prison imams should be reporting extremism among inmates. There should be zero tolerance of gang culture inside prison. But there must be carrots as well as sticks. Education, rehabilitation and socialisation should be central to the life of every institution in the service. The lamentable state of our prisons is largely responsible for the fact that recidivism is far too high. This will cost money to put right.

4.) There is a new awareness that pupil referral units are frequently the place where youngsters are initiated into a life of crime. The tyranny of low expectations in these institutions is a scandal. Far fewer pupils would be sent there in the first place if schools were better at enforcing discipline, so the Education Secretary Gavin Williamson needs to be part of the solution. These latter-day borstals are largely staffed by agencies, which means that morale and rewards are poor. Violence is hidden in plain sight and academic attainments are grotesquely low. A root and branch reform of the way in which we handle “problem” pupils, and boys in particular, is evidently overdue.

5.) After Brexit, Britain’s borders will acquire a new significance and those who police them will have greater responsibility. Priti Patel, the Home Secretary, has called for the Border Force to become “a proper law enforcement agency” to stop the import of so much crime. Officers must be given a new recognition and pride in their work.

6.) The legal system is a shambles for anyone who lacks resources. Ever since the office of Lord Chancellor was vandalised by Tony Blair, judges have lost status and authority. The politicisation of the Supreme Court has been one consequence; the demoralisation of the Crown Prosecution Service is another. The legal profession could be reformed by separating the office of Lord Chancellor from that of Justice Secretary. The former should always be a senior lawyer; the latter should focus on prisons and probation, both of which require urgent reform.

7.) The law must be obeyed. This means that even minor offences must be reported, which won’t happen if the public has no confidence in the system. A return to neighbourhood policing where it has lapsed would be a boon that ordinary citizens would appreciate. We have allowed the police to become strangers; they should be seen once again as friends.

8.) Drugs are a huge factor in crime of all kinds. Turning a blind eye to Classes B and C in order to concentrate on Class A drugs has led to confusion among the public about what is and isn’t legal. Parliament will ultimately decide, but ministers must take charge of the problem. Too many people die on our streets because of addiction and gangs.

9.) Criminal records for trivial offences are a hindrance to employment, mortgages and many other aspects of life. We need a new consensus on how long such records should affect the lives of law-abiding citizens.

10.) Most crime is now committed online. The law enforcement agencies and the justice system have failed to keep up with the scale of cybercrime. Prosecutions for fraud and other scams take far too long. We need a fast-track system to deter and punish cyber criminals. Street crime blights public spaces, but cybercrime ruins private lives.