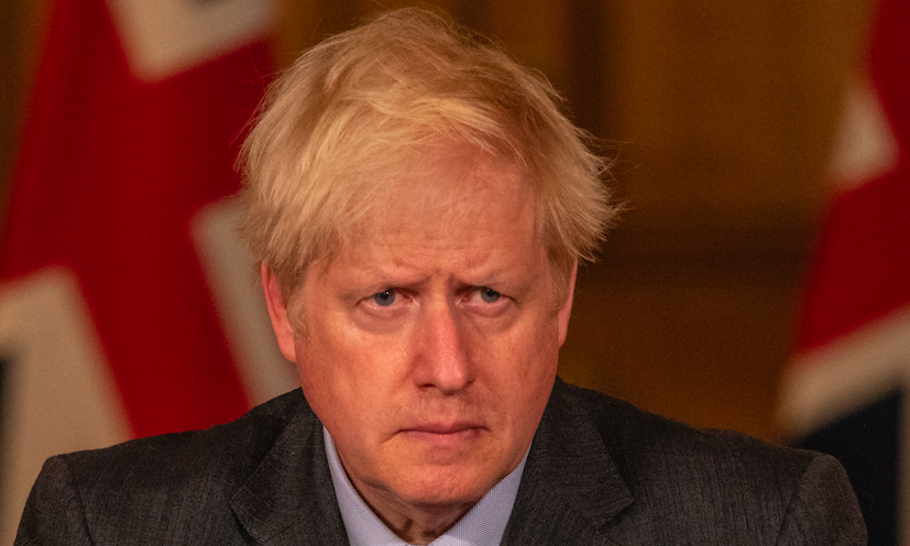 In the Book of Revelation, only the last of the four Horsemen of the Apocalypse has a name: Death, Thanatos. He rides a pale horse, the colour of corpses, and is followed by Hades. Unlike the other riders, Death has no weapon, for he brings plague and pestilence upon the Earth. This week, the coronavirus pandemic known as Covid-19 carried off its millionth victim.

In these desperate times, the appearance of the Prime Minister, flanked by his Scientific and Medical Chiefs, usually signifies grim tidings. Indeed, the trio of Johnson, Vallance and Whitty are beginning to take on an apocalyptic air. Yesterday they intoned yet again the “national threat” and the “long winter ahead of us”. The threat has undergone a subtle metamorphosis: not only would Britain risk “huge loss of life” if we fail to take measures to “contain” the virus, but the Prime Minister warned that he would also be forced “to take further measures that would, I’m afraid, be more costly than the ones we have put into effect now”. In other words, obey the new rules, or else. The threat is coming not only from Covid-19, but from Boris the Pale Rider, who brings lockdown in his wake.

In the demonology of Downing Street, who are the main culprits? They are seldom named, but you do not need to be Sherlock Holmes to deduce from the evidence which section of the population is being targeted. It is, of course, the young. The 10 pm curfew, plus the bans on dancing, singing and sound above 80 decibels, have effectively closed down nightclubs and other music venues. The application of the “rule of six” even outdoors has criminalised raves. Denied the opportunity to go out in the evening, play or watch sport, go to school or hang out with friends, the young have been among the biggest losers of the pandemic. Yet they are also suspected of spreading the virus and they have no powerful lobbies to speak up for them.

As for students, they have been driven from pillar to post: first told to turn up on campus; then threatened with imprisonment in halls under the quarantine rules; and now told that, if they are very good, they will be allowed home for Christmas. Students are largely limited to online teaching, with hardly any access to university facilities, yet where fees and accommodation are concerned, most are being charged full whack.

The young are usually poor, which means that their jobs are most at risk. The nature of their work means that they cannot usually work from home, but when their customers stop going to the office, their work dries up. The gig economy is almost wholly staffed by young people, with no job security or, usually, employment contracts. They cannot afford cars and taxis, so are obliged to use public transport. They don’t usually have savings to fall back on; even if they do, most cannot get mortgages. In normal times, the odds are stacked against them. Right now, they feel persecuted.

In his mayoral days, the Prime Minister used to pride himself on his empathy with voters of all ages, but especially the young. He popped up on comedy shows, rode around on his bike and “accidentally” got himself into scrapes. He still claims to enjoy the company of youth. Carrie Symonds, his fiancée and mother of his youngest child, after all, is hardly more than half his age. Yet Boris the Pale Rider has had next to nothing to say to the young.

It will not do. As a Tory Prime Minister, he knows that his voters are mostly middle-aged or older. But they are parents, uncles, aunts, grandparents and great grandparents, too. Even if he does not care about young people, they do. Most are appalled at the idea of young lives being blighted by a pandemic that kills mainly the elderly and those who were already ill. Even if the denizens of Downing Street imagine that they can afford to write off the votes of the young, they cannot pretend that their families are expendable.

It is time for the Cabinet to focus on this problem and come up with a “joined-up” solution. At present, an entire generation feels that it has been abandoned — because it has been. Ministers don’t get out enough and so they don’t hear the gnashing of teeth every time they penalise the young people on whom the economy depends. Next time the Prime Minister appears for one of his funereal press conference, accompanied by his men in white coats, he should be told by his virtual audience to go out, travel around the country and listen to the voice of youth. Boris the Pale Rider will only get it when he gets back on his bike.