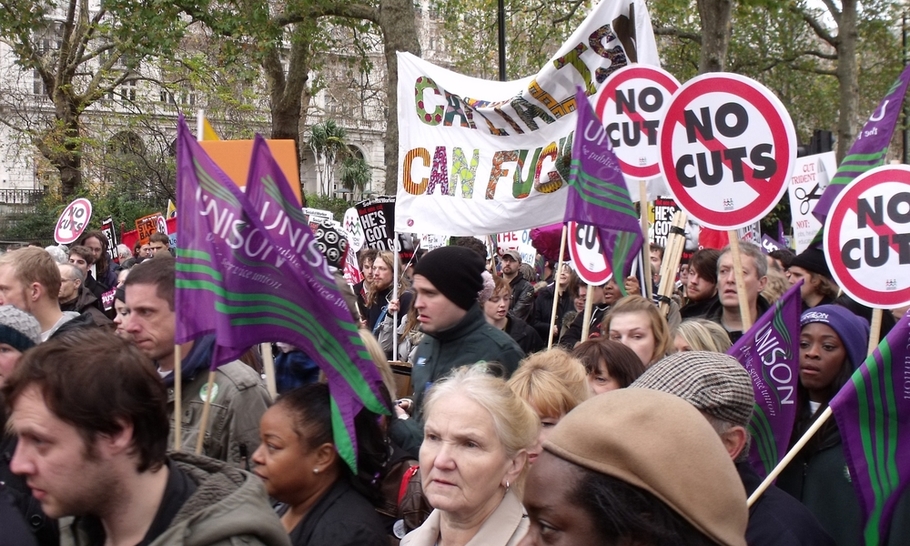 It’s the half-way stage in the election campaign, and there’s still time for events and undecided voters to shape the outcome. Yet, the publication of the party manifestos within the last week does not seem to have had an effect on what opinion pollsters report. This will have come as a relief to the Tories, whose 2017 manifesto was a disaster, and a disappointment to Labour, which has bet the ranch that the return of Big Government and a transformational agenda over five years will capture hearts and minds.

You can see an excellent comparison of numbers and programmes done by the Institute of Fiscal Studies of the Tory manifesto and Labour.

The independent and highly-regarded Institute for Fiscal Studies was dismissed on social media for being biased against Labour’s manifesto economics. It saw serious shortcomings in the funding and financing proposals for the extraordinary and rapid increases in public spending, and argued that such a major transformation in the provision of public goods and services was impossible to deliver without everyone pitching in to some extent.

What then are the main take-aways?

To start, we have reached the end of austerity, whoever forms the next government. It began with the May government’s additional NHS spending announced last year, continued with the current Chancellor’s additional spending commitments for next year, and it is now consummated in the manifestos. Under the Conservatives, public spending would rise from 40 to just over 41 per cent of national income over 5 years, while under Labour it would rise to 46 per cent.

Self-evidently, if all the plans were implemented as outlined, the end of austerity — or at least, the end to a squeeze on public services — would be more noticeable and arrive faster under Labour.

The Tories are spraying more cash around, mainly on capital spending, and focusing on specific increases in the numbers of police, nurses, health and social care services and schools. Labour has a far more radical and expansive agenda that proposes increases in day-to-day spending that are half as big again annually as for capital spending. The latter is more than twice that proposed by the Conservatives.

Yet, that is to take all the spending numbers at face value. Dig deeper, and there are some serious problems and oversights — dishonesty, shall we say — on both sides.

Both parties are going to rely on significant increases in borrowing. No one should have a problem with this, if the borrowing is to finance capital projects with high economic or social returns. This might include decarbonisation and useful infrastructure, and because interest rates are so low, borrowing terms would be favourable.

But this doesn’t apply in the case of current, or day-to-day spending. Someone eventually has to pay for debt — it is not a freebie. Borrowing today means higher taxes or lower provision of services or tax benefits for all of us tomorrow.

The Conservatives have said they would not raise income tax, VAT or National Insurance rates. They actually propose to cut NI payments by raising the threshold at which they begin. This is just unrealistic.

Labour’s economic pledges and thinking are in some respects aspirations that might find a wide welcome. These include both “fairness” measures to tax capital as income is taxed, to ensure tax compliance by large firms, and to increase the tax burden on those at the top of the income tree. Yet to rely solely on a few rich people and companies to fund this enormous expansion in public service provision is a delusion. Furthermore, it’s phrased in unnecessarily antagonistic language.

There are major practical limitations on what can actually be achieved in five years, from the constraints and capacities of the civil service to the sheer scale of bureaucracy and intervention implied by the manifesto —these were set out powerfully in a recent piece by Caroline Ffiske.

We should not forget that just a few days after the fully-costed manifesto was launched to great fanfare, another £58 billion pledge was made by John McDonnell to compensate women born between 1950 and 1979 for the effects of the equalisation of the state pension age.

This wasn’t important enough to go into the manifesto, but as an afterthought suddenly became a major priority. There is much confusion about this policy — how it would be financed, who the actual beneficiaries would be and whether, in fact, it is even as critical, relative to other worthy causes, as is being made out.

Further, in the recently broadcast Jeremy Corbyn interview with Andrew Neil, the Labour leader was obliged to acknowledge a few home truths, including that ordinary working people would after all have to pay more tax as a result of proposed changes to both the marriage allowance and the taxation of dividend income.

All in all, these manifestos don’t really pass muster. We want high quality public services, but have to acknowledge that they have to be properly funded. We need to recognise, as the Chinese state did many years ago, that ownership is of far less consequence to economic outcomes than a sound environment for high quality regulation and competition.

Both parties are too complacent about how public services need to be funded. They aren’t properly aligned with the economics of the decarbonisation agenda, and they have little to say about the ageing population. Labour would freeze the state pension age at 66, at cost of nearly £25 billion over the next 20 years. There’s no recognition that benefits paid to better-off people are a welfare travesty, whether this is the bi-partisan commitment to the so-called “triple lock” on pensions and other age-related benefits, or Labour’s proposed scrapping of university fees.

Labour’s manifesto proposes some worthy ideas and programmes, but one suspects those that would implement them haven’t thought out the actual costs, consequences, or the logistics. The Conservatives’ manifesto is far less ambitious, except for capital spending, and it may not feel to many as though austerity is ended. In the end, though, it is overshadowed by, you guessed it, its own Brexit myopia.

How Donald Trump forged his own image

The Tories are divided between libertarians and authoritarians. Who will win?