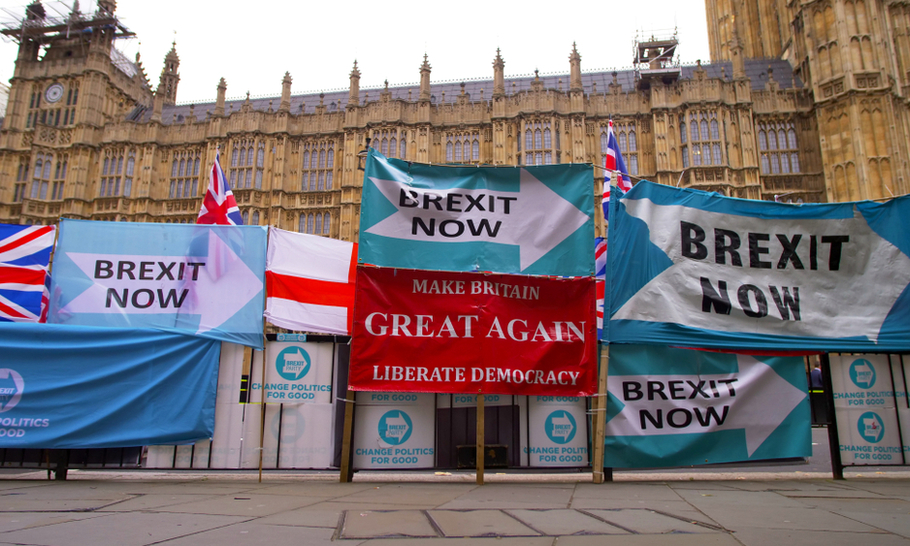 Just because Michael Gove says it, it does not follow that it is necessarily preposterous. Reporting to the Future Relationship Select Committee on last week, the Cabinet Office Minister acknowledged that there remain serious differences between the EU and the UK perspectives on the shape of any Future Trade Agreement. Mr Gove suggested that these differences flow from a fundamental “difference in philosophy”.

On a superficial reading of “philosophy”, he is quite correct: the UK sees itself as a sovereign state; the EU sees us as a supplicant. And it sees us like that for two reasons. The first is that what can fairly be called our lackey status, for the period of transition, is precisely what is implied for us by the Johnson-May “Withdrawal Agreement”, with its mechanisms of continuing membership. Secondly, the Covid-19 crisis has shown that the concept of “national sovereignty” is not really part of the EU worldview. For M. Barnier we are being impertinent to argue on the basis of national self-interest; for his counterpart, David Frost, it ought to be unthinkable to proceed on any other basis.

On a deeper reading of what counts as a “philosophy”, Mr Gove’s observation is also one worth making. The two parties to this negotiation have vastly different conceptions of what the process is about, because they operate within incommensurable metaphysical frameworks.

This is best illustrated by the very different views about the nature of law, which on the European model is something which is formulated and handed down. In the Anglo-Saxon model, it arises when real people settle real differences and thereby establish precedents. There is no “fact of the matter” that can establish which of these models is the “correct one”; and they are irreconcilable. You might just as well stipulate that “pro-lifers” and advocates of “right to choose” are given a time-limited opportunity for negotiation in which to settle once and for all the “abortion issue”. You notice, by the way, how important it is in that debate to control the language of the discussion. Likewise, with the ongoing EU-UK negotiation where, for example, the insistence that the other side be prepared to put on a metaphorical straitjacket is described as a request for a “level playing field”.

But the EU project is based not so much on a philosophy as on a theology. It sees itself as the engine of a historically inevitable redistribution of power from the nation state to a centralised managerial elite. If sometimes, as part of this process, it is helpful to pose as a facilitator of economic improvement, then so be it. If at other times it is theologically necessary to impoverish the citizenry then that is OK too. The EU appropriates the language and symbols of nationhood for itself, while at the same time crafting the dissolution of the idea of the sovereign nation state. It demands forms of allegiance to which it is not entitled — those which are owed to family and country. It is, in short, an attempt to grow a country out of a set of political institutions, which is sort of the wrong way around.

The incoherence at the heart of the EU project has been illuminated by the Covid-19 pandemic. Its constituent member states have rediscovered their national identities as the best means of responding to the crisis. They have responded at the level of the nation while the EU nomenklatura have looked on, uselessly, like the bewildered priest who cannot understand why the parishioners have given up on Mass just because something more urgent is happening outside the church.

Of course, everything is being recontextualised by the pandemic. But those who advocate that Covid-19 requires an extension to our transition period need to accept that the burden of proof is on them. They need to explain how it can be right for us to remain de facto members of a set of institutions we have de jure left, when those institutions are facing an existential crisis of their own making — one which has only been amplified, not created, by the C-19 catastrophe.

The problems that are being thrown up by the transition negotiations are indeed philosophical. That is why they cannot be resolved without one of the parties abandoning its default assumptions. This will not happen even if we extend the process by ten years. And why, in any case, should either side be required to do that?

Mr Gove’s intervention was timely, appropriate and welcome. Now he must, like any philosopher, embrace the logic of his position. The grounds for leaving on December 31st are only strengthened, not weakened, by the current “philosophical differences”.