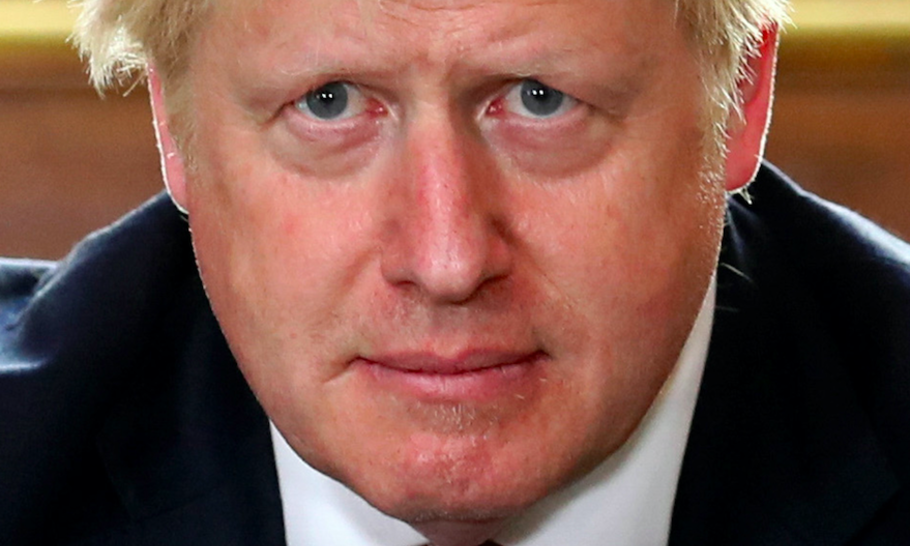 Well, I think we can see why Boris Johnson was worried about the Intelligence and Security Committee report. Even with redactions, it is utterly damning, not just of him and this government, but of the actions and inactions of the two Prime Ministers he helped remove, David Cameron and Theresa May.

National security is right up there in the list of responsibilities of a Prime Minister. They have played fast and loose with it, putting their own and their party’s interests before the national interest. They didn’t want to look for Russian interference in our democracy because they knew they would find it. And for Johnson in particular, who got to the top on the back of a Brexit long seen by the Russians as an important strategic goal, that was a stone best left unturned. Far better to spend his time raising money for the Tory Party by playing tennis with oligarchs and their wives than look into how the millions from the Putin kleptocracy might be undermining our democratic processes.

The report was shocking, but also unsurprising, for it is all of a piece with his character and his record. In the interest of his own ambitions, he has allowed our politics, for all its faults admired and respected around the world, to be corrupted.

Some of you will be aware of the so-called Nolan Principles, drawn up by Lord Nolan at John Major’s request after the so-called cash for questions affair in 1994. Honesty. Openness. Integrity. Transparency. Accountability. Selflessness. Leadership by example.

Johnson and Co break one or all of those every day of the week. It used to be a resigning offence to lie at the despatch box. Johnson can’t get through a PMQs without transgressing on that one. The Patel bullying. The unexplained Johnson holidays. The Jenrick/Desmond affair. The hounding out of senior civil servants to be replaced by cronies. The awarding of multi million contracts to friends and family without a proper tendering process. If this was an emerging market in Africa, we would be dusting off the banana republic clichés of Johnson’s journalist past. And plenty of the Nolan seven have been breached by the government’s handling of the Russia Report, which had to be dragged kicking and screaming into daylight.

As the committee members were addressing the press conference, Russia and China will have been laughing at a country in decline. America, due to its current Adminstration, where America First means just that, and where Donald Trump has drunk the Putin Kool-Aid, is indifferent. Europe, the third real global power, is bemused. All of them, however, are united in seeing the UK as a country that has chosen its own decline. Johnson as Prime Minister, and Brexit as his government’s main priority, are two very large symbols of that.

At the weekend the BBC played some of the best moments of the London 2012 Olympic Games. I found I couldn’t watch. It was just too sad, too depressing to recall the mood of the country then, and to look at Britain today. Whatever the opposite of the Olympic spirit may be, that is what we have now.

Those were two of our best weeks in living memory — and then came another two with the best attended and most lauded Paralympic Games of all time. It truly was a wonderful time to be alive, and to be British. The nation felt as united as I can recall it, as happy too. The image projected to the world was one of a country that was competent, confident, at ease with itself. All that has gone.

The Games were a success for British organisation and also for British politics. They were secured and developed under one government, that of Tony Blair and Chancellor Gordon Brown, and delivered under another, led by David Cameron and George Osborne. Unlike Prime Minister Johnson, who casts any and all critics and opponents to one side, Prime Minister Cameron made sure that Tessa Jowell, Labour’s Olympics minister, remained centrally involved and the whole operation became an all party success. Johnson, then Mayor of London, added to the gaiety of the nation, and the strength of his own profile, with a series of photo stunts, most memorably on a zip wire.

Now he is Prime Minister, we have gone from internationalist to nationalist. From outward looking to inward looking. From open and welcoming to closed. A source of respect and fascination back then, increasingly today seen as rather eccentric and frankly a bit disturbed. And all pointing to a dramatic decline in relevance, and therefore power.

Boris Johnson is a thread running through the whole sorry story. London Mayor at the time of London 2012. The chief beneficiary of David Cameron’s catastrophic decision to call a referendum which Johnson exploited to win the fight for a Brexit he never really believed in, but which successfully ensured Cameron’s demise and Johnson’s elevation to Foreign Secretary under Theresa May. Diplomats describe him as the least informed and least wanting to be informed Foreign Secretary of all time. He was more interested in undermining Mrs May who, eventually, made way for him. He secured the position he had always coveted. Then he landed the general election he wanted — fighting for Brexit and against Corbyn — and he was home and dry.

But after a year in office, what has he achieved? Got Brexit done? Up to a point, in that we are out, but the future remains uncertain and the form of Brexit about to be foisted upon us bears no relation whatever to the many shades of Brexit that were promised, either at the “Take Back Control” referendum or the “Get Brexit Done” election.

The most ardent Brexiteers will have looked on at the recent EU Summit, seeing the wrangles and the disagreements over the economic revival plans, and enjoyed a feeling of schadenfreude. But they reached a deal among 27 countries, something the UK has so far failed properly to do over Brexit, despite Johnson’s election claims to have an “oven-ready deal.” Also, step back a bit from the nationalism and the jingoism, study the waves lapping round the geopolitical waters, and the sense of splendid isolation so beloved by ideological Brexiteers is not one that should give us any comfort at all.

At a time of genuine concern for the future of the world, we have lost strength, and though it might not seem like that from a still all too UK-centric media, that is how the rest of the world sees it. We have lost allies and we have lost clout. At a time of grave economic uncertainty, we are leaving the biggest and most successful single market in the world, and ministers rejoice in securing trade deals with countries at the other end of the world that will not even begin to fill the gap.

Coronavirus will be used by the government to try to explain away any and all problems ahead: economic, political, social and cultural. But the path was set by Brexit before any of us knew our Covid from our Cummings. The course was of British isolation and exceptionalism. It is the bed we made with the Brexit vote and with the failure to secure a second referendum on the outcome of the negotiations. Now we have to lie in that bed. Every government on the planet believes it means decline for the UK.

Meanwhile, the Johnson/Gove/Cummings axis has near unbridled power and appears determined to use it to drive through changes that were never specifically offered, or fought for at the ballot box. Any and all institutions are up for grabs, from the civil service to the BBC, the military and the security services, the independent judiciary, schools that Gove and Cummings damaged badly enough when the former was in charge of our schools. Now Cummings wants to do more.

Johnson has the majority and many of the MPs on his side feel they owe their place in large part to him. So he does as he pleases. It can only endure however if it works for the country. Eventually he will need to show he can govern as well as campaign. Thus far the signs are not good. He has failed on his big ideological challenge, Brexit, which now more than ever is exposed as a fraud. He has failed on his big crisis challenge — Covid. And now we know he has failed on one of the main responsibilities as Prime Minister — national security. He won’t last. The only question is how much irreparable damage he does to the UK while he is there.