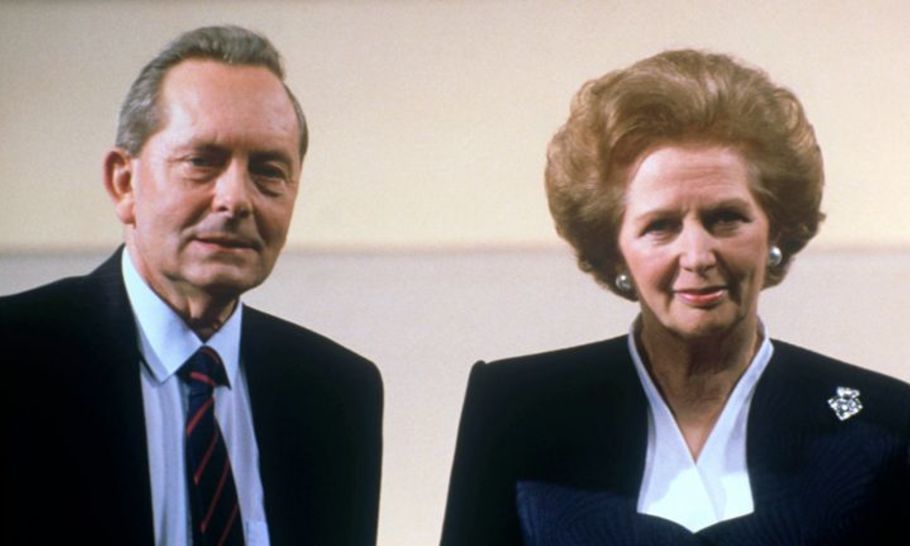 Brain Walden has been described variously in his recent obituaries as brilliant, eloquent, and flawed. Quirky. A maverick. A man who defied categorisation and left politics to become, almost by chance, the finest political interviewer of his generation.

No-one has described Walden as a team player. Yet the Walden I knew, working on Weekend World, the programme he presented so memorably for ten years, was precisely that. He had his own views about Margaret Thatcher, as a fellow outsider and political radical. But his remarkable skill was to embody the classy, objective, formula journalism of Weekend World in a warm and human way that hid the earnestly cerebral spirit and content of the programme.

Conceived by John Birt and Peter Jay, and honed by LWT producer David Cox, Weekend World sought to make living film out of the complex political and economic trends that transformed Britain and the world in the 1970s and 80s. A hard-edged linear argument would be hewn out of the apparent anarchy of events to create something that could be put in studio to specialists, decision-makers, and Ministers, up to and including the Prime Minister of the day — who was Mrs Thatcher for most of Brian’s time.

It would not have worked without the way that Brian made these often tortuous arguments his own, leading to gladiatorial battles of ideas in studio, where he would gently and determinedly dismantle the counter-arguments of his guests. This was done through a sort of Socratic method, where every possible answer to his questions was reduced to a yes or no, leading ineluctably into the next question that showed the weakness of the counter-argument.

This was done with subtlety, with respect, and with none of the spirit of the “Why is this lying bastard lying to me” school of journalism. The basic approach was to portray the politician in studio as someone honourable and well-meaning, trying, usually in vain, to implement political platforms and policies undermined by their own contradictions or unaffordability. The sense that “you can’t have your cake and eat it” underpinned all of his interviews. The compilation of interviews and film shown in advance had already served to head off the argument that you could both spend more and reduce taxes, or cosy up to Syria without risking your relationship with Israel. You could not let free markets rip without thinking through the social consequences.

This is clearly what is lacking in today’s political journalism and interviewing. It is easy to blame the polarisation of politics, the rise of social media, or the endless assaults on the BBC and even the idea of objective journalism. But Brian would have brushed it all off, reaching for the rapier.

A well-read man of remarkable intellectual depth and range, he would commute effortlessly between the “nugget” of viewers from the political class, journalism and diplomacy who never missed an episode, and the “harassed housewife from Wigan preparing the Sunday roast”, whom the market research defined in the jargon of the time as the target viewer. Walden at his peak was a communicator without peer.

But really a team player? Brian was not the team captain. The editors of Weekend World drew on a high-calibre cadre of producers and researchers who counted in their number many of the later good and great of British politics and journalism: it was the editors and producers who called the shots. Literally. They turned political journalism into television for the “culture of the eye”, drafting the initial lines to take and the arguments to make.

In intense sessions on a Saturday morning, the day before transmission at midday on a Sunday, Walden would digest these lines, talk them through, probe them for weaknesses, improve them, internalise the arguments and make them his own. It required nimbleness and craft, patience and often courage.

And he had a great sense of fun, “corpsing” on Take 22 of his attempt to pronounce the name of the Kazakh leader, Din Muhamed Kunaev. He sighed in exasperation at a small Asian country he could not place on the map, whose revolution at the eleventh hour (almost literally) had “bumped” a serious political interview for which he had been practising. But when he interrogated the three greatest living experts on that country at midday on Sunday to make sense of events, the viewer believed him when he said he had been tracking the country in question for half of his adult life.

And what of his enchantment with, and then supposed demolition of, Mrs Thatcher — the interview in his “Walden” series after the demise of Weekend World (though edited by a fine Weekend World producer), that supposedly hastened her end? Walden accused her of being “slightly off her trolley” in language that even her political friends would have grudgingly accepted and that his viewers understood. It probably hurt him to use it, and it is said that she never forgave him. But he was being truthful, and he was being professional.

Walden had shared her irritation with the Establishment, and privately applauded her attack on the institutions. But being always the professional, he followed the logic of the programme, and the historic moment to which he was party.

It is said that Walden was latterly a Brexiteer, who would have loved to live to see the UK leaving the European Union. But both sides missed him during the referendum campaign three years ago. He might have made mincemeat of Project Fear. But he would have made extremely short shrift of that chap who thought you could make a joke out of having your cake and eating it.