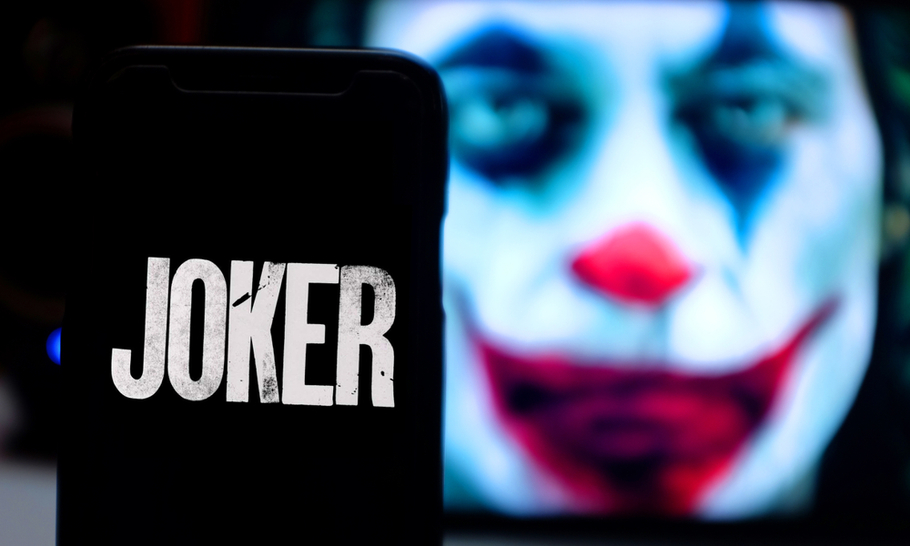 Heroes are as old as the art of storytelling. The Odyssey was perhaps the first work in Western literature to organise its narrative around the role of the protagonist. (In the Iliad there are multiple heroes.) In his second epic, Homer describes the journey of its protagonist, Odysseus, as he travels home to Ithaca after the Trojan War. En route, he encounters various antagonists, all of whom he overcomes. But the hero narrative does not just exist in great works of literature. Within the world of entertainment, the role of the hero has always been an important — if not all-important — plot device.

As an avid consumer of movies, I am passionate about good storytelling. While every story needs a hero, it has long been an unwritten rule that the hero is only as good as the villain he or she must fight. The on-screen dynamic allows the audience to relate personally to a character, but this may well be the bad guy rather than the good one. Throughout cinematic history, the antagonist has often been as memorable as the protagonist.

Who could forget Die Hard? The battle between the cultured and cerebral villain Hans Gruber and the tough, witty New York cop John McClane, as they tear Nakatomi Plaza apart, makes it one of the all-time great action movies. Gruber pushes our hero to his physical and emotional limits.

The villain is meant to represent both a physical and a mental obstacle for the hero to overcome — to better oneself, to become stronger and wiser. The villain’s role is to facilitate what the mythologist Joseph Campbell called “the hero’s journey” — a 12-step transformational process that the hero undergoes as he or she develops.

A well-written antagonist will challenge the viewers’ preconceived notions of who or what a villain actually is. When the villain is written as a nuanced and complex character, it can lead you to question your cherished convictions or examine your own moral comportment. Joaquin Phoenix as The Joker is both a salient and rare example.

From a writing perspective, villains don’t need to be likeable — this gives the writer artistic freedom to make the character as reprehensible as they like. The more that is invested in the emotional and physical development of the bad guy, the greater the psychological payoff for the audience when the hero inevitably triumphs.

An example of a well-written villain is Darth Vader. From the moment he steps off the Imperial Star Destroyer, he makes his presence known. The screenwriter George Lucas carefully crafted a character that would strike fear into both his enemies and the audience. He was physically imposing — dressed head to toe in heavy black armour. The sinister deep voice emanating from Vader’s helmet thrilled and terrified me, then aged seven. He was intelligent, ruthless and calculating — only ever making his frustration known when his power was questioned by his subordinates. As the original trilogy reaches its crescendo, the tension is palpable as Luke Skywalker and Darth Vader face off in the final battle. In scripting this scene, Lucas employs the hero’s narrative to perfection.

But times have changed. We now live in an era where life has become increasingly politicised. Stories have become sanitised and twisted to fit the latest progressive agenda. Mired in socio/cultural angst and saturated in the divisive world of identity politics, Hollywood’s bad guys are being marginalised. Shot through an intersectional lens, films are being stripped of creativity. Cinematic villains are slowly becoming the latest casualties of the culture wars.

Nowhere has this happened more obviously than with superhero movies.

The ideology of social justice has tainted our once revered and feared superhero villains. Take Yon-Rogg, the villain in Captain Marvel. Played by Jude Law, the character is meant to be an exceptionally skilled fighter — blessed with immense strength and stamina. From the film’s inception, Rogg is set up as a major threat to Marvel (played by Brie Larson). We soon learn that the superhero is bereft of her full powers, yet she is still able to defeat Rogg easily in their first confrontation. As the movie develops, she soon regains her full powers. As we reach the final showdown, once again, and with breathtaking ease, Rogg is dispatched in record-breaking time by a seemingly omnipotent Larson.

A well-written villain should start out strong — as a serious threat for the hero to overcome. When a villain starts out physically weak, it robs the audience of that precious moment of vicarious triumph when the hero finally wins. With their catharsis denied, the audience will quickly consign the bad guy to the memory hole of forgotten failed characters. This doesn’t just ruin the narrative of the antagonist. When you emasculate the villain, you inadvertently destroy the hero’s journey. Captain Marvel’s feminist narrative is explicit. The script often alludes to Marvel’s formative years, as she is constantly told she will not succeed in a male dominated world. While I always welcome a well-written female lead, when they are portrayed as a flawless Mary Sue character fighting the patriarchy, it reinforces another (relatively recent) unwritten rule: a man cannot be shown to beat a woman. To do so implies that men are physically stronger than women.

The weak villain is now seen everywhere. Max Lord from Wonder Woman 2 is another example. The Wall Street businessman fantasises about being all-powerful, but collapses the second his life is at risk. At no point does he present himself as a threat to Wonder Woman.The same can be said for Roman Sionis from Birds of Prey. Played by Ewan McGregor, Sionis needs constant emotional reassurance and validation from his gang. A needy, insecure and pathetic straw man, Sionis is easily brushed aside when the script needs it to happen. They might represent evil, but these are not competent villains, they are inept — not to be feared, but mocked and derided.

The writers of today’s superhero movies commit the same fatal error: they lack respect for their creations. But it would be wrong to blame this all on the writing. Villains work when a writer’s artistic and creative vision is allowed to be set free. From 2024 the Oscars will be implementing diversity targets, requiring the best picture award to fill a prescribed quota of roles with actors from an LGBT and BAME background. While I welcome diversity, like most people I champion merit, not identity, in an actor’s performance.

If we want our best bad guys back, we must not hamper truly creative minds.