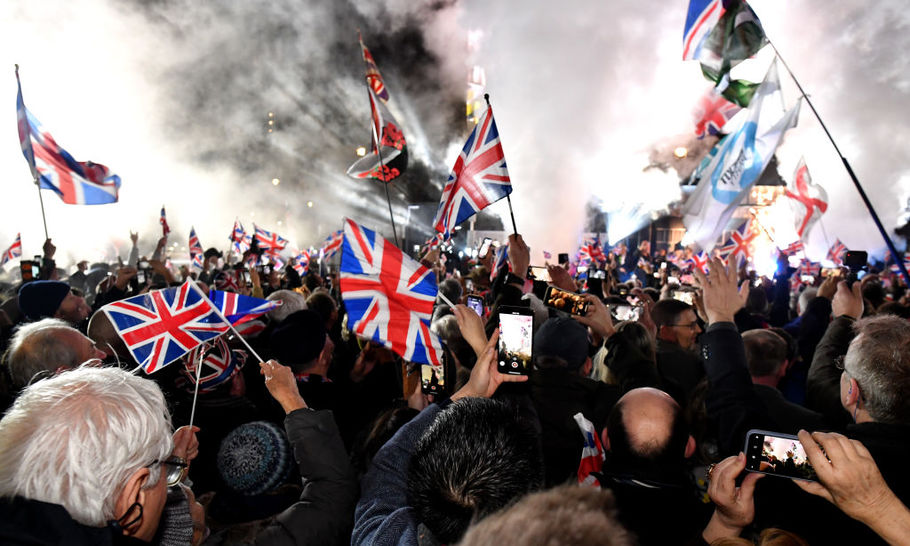 So I googled “no deal Brexit” this morning, clicked on “news,” and what came up first? A Daily Express poll telling me its readers thought by 87 per cent to 12 per cent that Boris Johnson has done a better job negotiating on Brexit than Theresa May.

Then when I searched “EU/UK trade talks”. Another Brexit cheerleader, The Sun, gave me the startling news that the former Australian Prime Minister Tony Abbott is being lined up to take control of UK trade deals. Those would be the trade deals, forty of them if I remember correctly, Dr Fox, that would be ready to sign “the moment we left”.

Presumably Fox’s successor Liz Truss is not quite cutting the deals as planned — any more than Fox did. But Johnson, following the Jenrick/Patel/Hancock/Williamson model of Cabinet management, won’t sack her, no matter how badly she performs. Instead, he will bring someone else in above or to the side of her. But surely there is someone a bit closer than the other side of the world?

Unless you are one of the people push-polled by the Express, you’d be hard pressed to say things are going well. In any event, the question that arises from their “poll” is, what do they mean by “negotiating”? At least Theresa May tried, and has the grey hairs and political scars to show for it.

A negotiation suggests you have a clear objective, and are steadily working towards it, winning the other side to your goal, with a bit of give and take en route. Given Johnson specifically secured a Parliamentary majority on the slogan “get Brexit done”, and gave assurances that he had an “oven-ready deal”, a rational mind would surely assume this “oven-ready deal” was what he was seeking to secure.

However, in Brussels, and in other European capitals, they remain unsure as to what Johnson’s ingredients are, and unconvinced that the dish can be taken from the oven and presented to the world on time. And while EU leaders and the Commission’s chief negotiator Michel Barnier had at least some grudging respect for Mrs May’s work-rate, they are not exactly bombarded with offers from Johnson to try to crack this deal. As a result, Brexit was not very high on the agenda of the recent meeting between the German Chancellor Angela Merkel and French President Emmanuel Macron.

The issues are complicated, and would normally take years to resolve. But behind the technicalities lie a lot of politics. The UK government wants to make sure continuing European ties do not compromise “independence”; the EU insists the UK cannot “cherry-pick” benefits without obligations, partly to prevent what it sees as unfair competitive advantages for a near neighbour, but also to show that life inside the EU is better than outside. That message seems to be working, given how support for the EU has risen across Europe since Brexit.

Without a deal, the UK will be legally considered a “third” country by the EU, creating significant barriers not just to trade but many other aspects of life. There will be a diplomatic weakening — sadly already happening — alongside the inevitable economic hit.

Covid-19 is draining the attention and energy of leaders, and yet Johnson, pressured by his hard Brexit wing, was adamant there could be no extension to the transition period. There are now just over four months to go until its end on December 31. There are just over two months until the October 31 date, by which a deal must be agreed.

In descending order of likelihood, the prospects are now roughly these:

Highly unlikely/actually make that impossible: A deal which meets the promises made by Brexiteers that we would be able to leave the single market and Customs Union, but without loss of benefits, damage to the economy, or chaos for business and travellers.

Possible: A deal in which the UK will agree to EU demands, and pretend, helped by papers like the Express and Sun, that it was exactly what they wanted all along.

Probable: No deal. Hence, while they talk the talk of getting the deal done, there is contingency planning going on. This includes plans to use the military if rising prices, medicine shortages, chaos at the ports and Kent being turned into a lorry park lead to social unrest.

All very different to the simplicity of “take back control”.

There have now been seven rounds of talks between Barnier and the UK chief negotiator David Frost, and the mood following the last stalemate was low. Frost admitted there had been “little progress,” while Barnier suggested a deal now seemed “unlikely”, and said that talks were “going backwards”. A number of issues, such as a level playing field on trade, state aid, services, data policy, education and science, governance, law enforcement, transport and sustainable development and fisheries, remain unresolved. They next meet on September 7.

For years Brexit’s leading lights, Johnson, Michael Gove, Fox, Iain Duncan-Smith, David Davis et al, had insisted no deal would never happen, precisely because, remember, “we hold all the cards”, “they need us more than we need them”, “we can have our cake and eat it”. There was a reason they parroted such lines, namely they knew that no deal really was enormously damaging to our economy, and all of the above was said pre-Covid, which thanks to the Johnson government’s woeful handling of that too, has already given the UK the deepest recession in Europe.

Though no deal will hit the UK hardest, it will be a bad outcome for the EU too, which is why Barnier is under instructions to keep going for a deal, even as suspicions mount in EU capitals that Johnson now wants no deal, provided he can shape the narrative that it was the EU’s fault. He is a lot more interested in “narrative” than in hard facts and hard work, and no doubt the Express, Sun, and the other anti-European papers will help him on that front too.

But it is all light-years from the promises made at the election, let alone the referendum when assurances of how easy and how wonderful it would be were oozing from his lips.

It has certainly not been easy. And even Brexit’s biggest supporters no longer talk of the wonders it will bring, just that we have to do it, whatever it may be, and whatever the cost, chaos or the consequences.