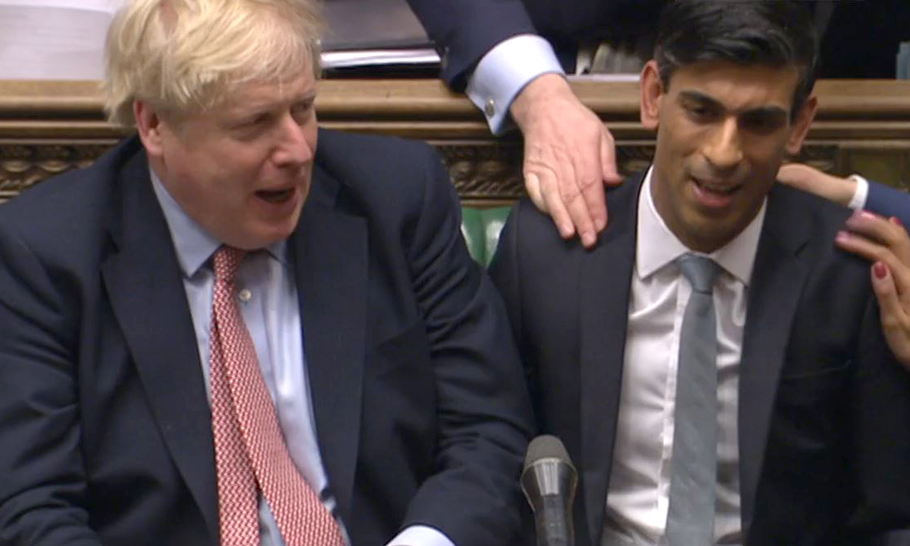 On Budget day, PMQs is nearly always the warm-up act, and this year was no exception. Boris Johnson and Jeremy Corbyn had a rather unseemly clash, with the Leader of the Opposition attempting to trip up the Prime Minister on women’s rights and the gender pay gap. Yes, that’s Jeremy Corbyn, the leader of the only major party never to have had a female leader. The same party that drove out a number of women MPs due to its inability to tackle anti-Semitism.

After that it was the new Chancellor’s big moment, and Dishy Rishi Sunak stepped up to the dispatch box. He has barely had time to measure for curtains in Number 11 — “given the last few weeks I’ve had, I’m all in favour of jobs miracles,” he noted as he outlined the country’s economic forecasts. This though was a consummate performance, especially from a man who has only just got the job. Indulging in a spot of rabble rousing, he declared that “We’re getting it done,” following announcement after announcement, much to the delight of his backbenches.

Sunak first outlined the government’s economic response to the coronavirus outbreak. It was an extensive package that involved, among other things, helping businesses pay statutory sick pay to employees who are ill or self-isolating, and making sure people who are self-employed and in the gig economy don’t face unnecessary financial strain. It was a “temporary, timely and targeted” response, the Chancellor said.

Even ignoring that £30 billion pledged to help support the economy through the coronavirus outbreak, it’s fair to say that the Chancellor’s fiscal controls are not quite as tight as his fitted suit. The spending taps have well and truly been turned on in a way that would have been unimaginable just a few years ago, with “more than £600 billion,” pledged towards public works. Tax cuts and investments were plentiful. Cash was being splashed more readily than hand sanitiser at a London tube station.

Among all that, alcohol duty was once again frozen. Sunak though didn’t take advantage, declining to have a tipple while delivering his speech and disappointingly sticking to water. Ken Clarke was, naturally, the last Chancellor to take advantage of the only time alcohol is allowed to be consumed by a minister at the dispatch box. (Ken will have a whisky, if it’s your round.) The increasingly glum expressions of those on the Labour benches suggested they could have done with a drink too.

In one of the more touching moments of this Budget speech, Sunak turned to his predecessor Sajid Javid, under whom he served as Chief Secretary to the Treasury. He noted Javid’s passion for expanding further education and pledged to secure his legacy by investing in that field. “Saj, we’re getting it done.”

The Liberal Democrats legacy from their time in government remains too, with the announcement of a $2.5 billion pothole fund, a topic close to the heart of sandalled Lib Dem activists everywhere.

While the seriousness of the current situation left a cloud over Sunak’s time in the spotlight, the Chancellor did manage to get one joke in at his outgoing Shadow’s expense. Announcing the removal of VAT on digital books (hooray!), he joked that it would apply to publications from all genres — including John McDonnell’s “fantasy” Economics for the Many. Judging by the apparent sales figures, that was a book for the few.

It has been a whirlwind few weeks for the Chancellor. His energetic and positive performance left room for only the dullest of responses from Jeremy Corbyn, the miserabilist Opposition leader totally blunted. Corbyn’s successor, presumably Keir Starmer, will need to do far better if the government continues like this. At least he and the Chancellor will provide a boost for the hair gel and tailoring industries if they go head-to-head next time around.

Today though, as Corbyn wittered on over on the government frontbenchers, Sunak just took a deep breath and relaxed. He had got it done.