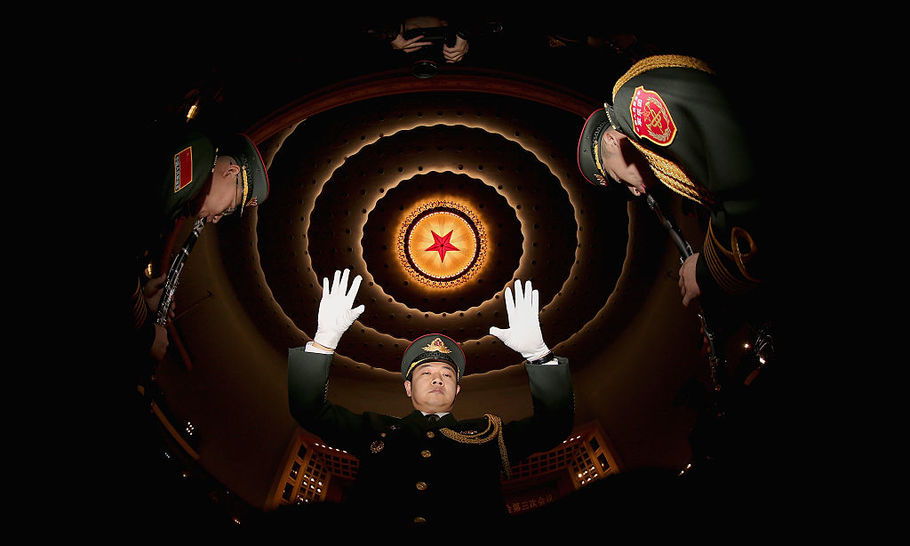 This week, China’s leaders are meeting in a closely guarded Beijing hotel, owned by the People’s Liberation Army. The event in question will be the Fifth Plenum of the Communist Party’s Central Committee, that is the fifth meeting of the Committee selected at the 19th Party Congress in 2017. A certain triumphalism permeates both its backdrop and content.

The backdrop is a return to economic growth following the suppression of Covid. The economy has recovered to growth of around 5 per cent, for now at least. With the Western world in pandemic turmoil, and the United States distracted by a divisive election, this has given the leadership a new self-confidence. The resistance to foreign pushback against China’s policies on Taiwan, Hong Kong, Xinjiang and the South China Sea has been stepped up, and there is a smugness over China’s own economic accomplishments compared with other countries.

The plenum will also set the outlines of the 14th Five Year Plan (2021-2025), which will see the light of day next year. China also has a longer-term strategy called Vision 2035, to which some programmes such as China Standards 2035 — proposals for standards in the tech sector — have already been geared.

Why 2035? For the simple reason that it is half way between next year’s centenary of the founding of the Chinese Communist Party and 2049’s centenary of the founding of the People’s Republic itself. The symbolism and messaging of these anniversaries and timelines are significant in China and for President Xi, who, after all, proclaimed in 2017 that “Government, the military, society and schools, north, south, east and west — the party leads them all”.

The centrality of the party has never been in doubt in China, but has taken on an especially weighty role under Xi, with himself at the helm. The details of this week’s meeting, as and when they emerge, will be scrutinised with this in mind, as Xi seizes the moment to steer China, borrowing again from the Maoist era, towards what official media have called “autarkic self-sufficiency”, otherwise known as China’s own version of decoupling.

This doesn’t mean that China is going to close its borders and cut itself off from the world. Far from it. What the leadership will be developing this week and the future is what President Xi proposed earlier this year as the “dual circulation strategy”. Circulation simply means a flow of activity comprising supply chains, output, logistics, sales and consumption. Dual refers to both a domestic and an external focus. This is really “rebalancing”, a more familiar and decade-old term. But in this new definition, it pays more attention to domestic production for domestic consumption in the light of changing domestic needs and deteriorating external circumstances. Some economists think that so-called dual circulation is largely rhetoric, and in fact a demand for incompatible goals, to the extent that neither can be favoured by policy measures without harming the other.

Faced with a more hostile external environment and given there is zero chance of liberal economic reform and redistribution at home CCP leaders believe they must maintain rigid control over the nation’s economic and political resources, and strive ever harder for stability, which is not new, and safety, which is.

Safety has been articulated before with respect to environmental protection, and energy, including the development of new and green energy sources, and these will doubtless be key medium-term goals. Yet there are also new areas to which safety has become essential, and these comprise technology, food and jobs.

In the wake of the evolving adversarial relationship with the US and other countries as it affects trade, investment, technology, and national security, China is giving technology a status that was once reserved for the development of the atomic bomb. The core of this sector is semiconductors, but even now it can only meet just over a quarter of its needs, and then only at the low end of the manufacturing spectrum. It is heavily reliant therefore on imports, the annual cost of which exceeds that for crude oil.

More important even than the US actions against TikTok and WeChat, and the threat to delist Chinese firms from US stock exchanges has been Washington’s ban on chip sales to Huawei and its affiliate HiSilicon, China’s largest chip designer. The US has also put restrictions on companies supplying China’s most advanced chip-maker, Semiconductor Manufacturing International Corporation. This means that China has to go all out to develop its own high end chips.

Yet it is not that easy, and certainly more than a question of money, over $50 billion of which has been thrown at the sector  in recent years but so far with only limited success. It has reached the point where this year over 13,000 firms, mostly without any experience or knowledge of the sector, have registered as chip companies to take advantage of subsidies and incentives. Most of these will be shown the door, but there’s no easy substitute for experience, talent and know-how in which the US, Taiwan, Germany, South Korea and Japan are still far ahead. Scientists, engineers and geopolitical strategists, though, will be watching China’s capacity here keenly in years to come.

Food safety has leapt centre-stage in the wake of the trade war and the pandemic. With up to about a third of some agricultural products having to be imported, including from the US mid-west, Xi has said that China must “adopt a crisis mentality towards food safety”. Production of grain has been put at the heart of this concern, along with new experiments in collectivised farming in some provinces.

Employment security is of paramount importance, especially after the pandemic, which shook the foundations of China’s labour market. According to unofficial estimates, at the peak, unemployment (excluding under-employment and short-time work) may have reached over 20 per cent earlier this year. That crisis at least seems over now. Yet, employment has been the top policy concern since the start of 2019, regardless of Covid, as structural headwinds slow the economy. The government is anxious about the annual throughput of almost 9 million graduates, many whom face a tough and restricted job market. The leadership, borrowing another Maoist tool, has urged millions of high school and university graduates to go to the countryside “to learn from the masses”.

Whether and how China will succeed in these ventures in the next five to fifteen years is a moot point. This week, though, you will see the leadership in a “carpe diem” moment, planning its future. Xi Jinping will herald the rejuvenation of the Chinese nation, and the struggle to construct a socialism that will be superior to and sideline capitalism.

Perhaps so. But  one of the things we must surely have learned since the financial crisis is that the future is unpredictable. Neither the CCP’s rhetoric, nor its obsessing about stability and control will deliver the future to which it aspires.