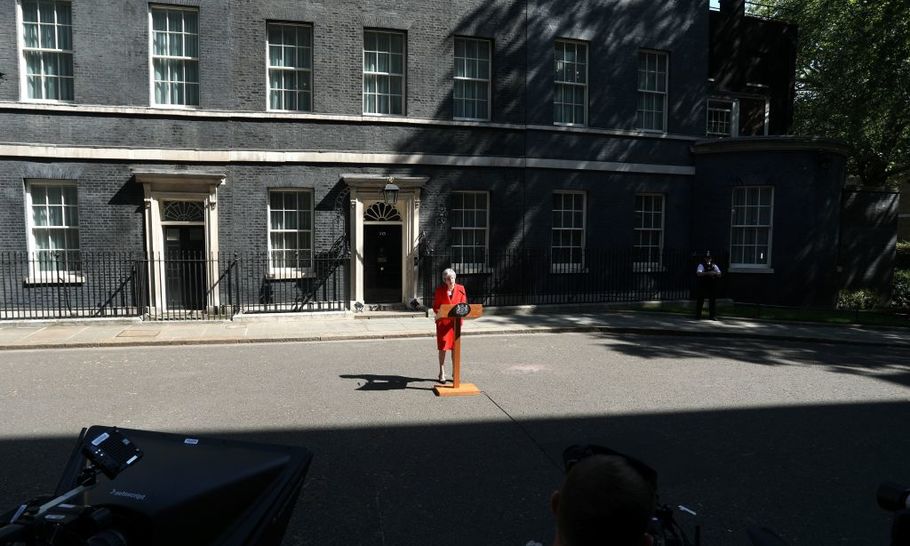 The British Tories are facing a massive political implosion that’s tearing apart the party and the nation’s conservative movement. Some party supporters are concerned this tumultuous period could either lead to an extended stay in the political wilderness, or bring a stunning end to the 185-year-old political vehicle of statesmen from Peel and Disraeli to Churchill and Thatcher.

It’s a story their Canadian Conservative cousins know all too well. In 1993, we lived through a similar scenario of political dissension, frustration and heartbreak. We witnessed a major political party that had existed since 1867 collapse beyond repair. And although we survived and regained our strength and confidence, we know it can easily happen again if we’re not careful. Let’s break things down piece by piece, and explore the similarities, starting with leadership.

In Canada, the Progressive Conservative Prime Minister Brian Mulroney had won two consecutive majority governments and his gamble to build a free trade agreement with the U.S. had succeeded. Unfortunately, he was forced to step down, due to the nation’s economic problems, issues with Quebec, and frustration over the goods and services tax. Mulroney’s replacement, Kim Campbell, turned out to be an underwhelming leader. She was nearly anointed during the Progressive Conservative leadership race, but her unpolished political demeanor and straight-from-the-hip speaking style soon became a massive liability. The public that had once viewed her as Canada’s answer to Mrs Thatcher realised that there was no resemblance to the Iron lady whatsoever.

In Britain, David Cameron’s Brexit gamble in June 2016 didn’t pay off and he was forced to step down from his majority government. His replacement, Theresa May, proved to be, like Campbell, an underwhelming Prime Minister. She botched the 2017 general election, after having a huge lead over Jeremy Corbyn’s Labour Party, and was left with with a hung parliament. She headed the first British Government in history to be found in contempt of Parliament. May faced votes of non-confidence within her parliamentary party and in the House of Commons. The public that had once viewed her, like Kim Campbell, as the next Margaret Thatcher realised there was no resemblance to the Iron lady whatsoever.

Next, the issues. Campbell never sat in the Canadian Parliament as Tory leader during her 132 days in power: members were absent for the summer recess. Once a general election was called, she regularly blundered on the campaign trail and couldn’t resonate with voters. For instance, she claimed the deficit wouldn’t be reduced before the end of the century and unemployment levels wouldn’t come down for another four years or more. The public viewed her comments as an inability to govern during difficult financial times, which enabled her main opponent, Jean Chrétien, to present his Liberals as the party for positive economic change and more jobs. You don’t get away with gaffes like this during an election, especially when you are in government, and Campbell paid the ultimate price.

May’s inability to find a route toward Brexit on three separate attempts will always be remembered as her biggest political failure. For instance, her push for a “soft” Brexit, in which Britain would have maintained a close relationship with the European Union, turned off the legions of Tories and others who wanted a “hard” Brexit. She tried in vain to emphasise the need for a two-year transitional period with the EU, struggled with the issue of the Irish border in the event of a no-deal Brexit, and really had no plan B if Parliament turned down her deal — which it did. Much like Campbell, she was unable to take control of the political situation and present herself as a strong, confident leader.

The third failure was in fighting elections. Campbell’s collapse in the 1993 Canadian federal election provides an ominous warning of what could potentially happen to the British Tories. The Progressive Conservatives fell from 157 to 2 seats that year, which remains the single biggest collapse of any mainstream political party in a democratic society. The Chrétien Liberals won the election with 177 seats, and the separatist Bloc Québécois formed the opposition with 54 seats. Meanwhile, Preston Manning’s Reform Party, a year-old western-based populist/conservative party born out of frustration with Mulroney’s vision for Canada, won 52 seats and changed the right-leaning political landscape. While some analysts suggest Mulroney cost the Progressive Conservatives the election, which remains a contentious point of debate, there’s no question that Campbell (who lost her seat) cost the  party its status.

May’s collapse in the 2017 election aside, it was the coming disaster during the recent European elections that precipitated her decision to step down as party leader on June 7 (and PM in mid-July, after her replacement is chosen). The Tories didn’t bother to have a campaign launch, had no party manifesto and barely spent a cent on funding for candidates. As a result, they tumbled from the second-biggest British party in the European Parliament (19 seats, with 23.9 per cent of the popular vote) to an embarrassing fifth place (4 seats, 8.8 per cent of the popular vote). Meanwhile, Nigel Farage’s Brexit Party, only founded in January, is now, incredibly, Britain’s biggest party in Europe with 29 seats and 30.5 per cent of the vote. They have taken large swaths of ex-Tory support, and threaten to capture even more in the next general election. If this were to happen, the Tories could be in deep trouble.

Finally, the aftermath. At the federal level, the Canadian Progressive Conservatives never recovered from their 1993 political earthquake. The party would regain some semblance of party status over the next two federal elections (1997 and 2000), but would never be a major player in Canadian politics again. The western-based Reform party eventually ran candidates in Eastern Canada, turned into the Canadian Alliance, and became the country’s pre-eminent right-leaning party. After sixteen years in the wilderness, the Alliance and the remnants of the Progressive Conservatives united the political right in 2003 to become the Conservative Party of Canada. Under Stephen Harper’s successful leadership, the Conservatives won two minority governments (2006, 2008) and one majority government (2011), only losing to Justin Trudeau’s Liberals in 2015. However, Trudeau’s recent collapse in popular support, due to the SNC-Lavalin controversy, has helped the current Conservative leader, Andrew Scheer, rise to the top of the polls before this October’s election. He has a good chance of winning.

As for the British Tories, a recent YouGov poll showed that if a general election were held in Britain today, it would only receive 19 per cent. (It’s worth noting that the Progressive Conservatives earned an eerily similar 16.04 per cent of the vote in 1993.) This would tie the Tories with Labour, well behind the Liberal Democrats at 24 percent and Brexit at 22 percent. Were this to happen, it would be the party’s worst showing in history. It remains to be seen whether any of the Tory leadership candidates, including Boris Johnson, can climb out of this massive hole.

I’m not suggesting the near-Tory wipeout in the European election will necessarily lead to the chain of events that annihilated Canada’s Progressive Conservatives. But these things can happen in politics, and there are striking similarities in both situations. No political party anywhere, however long and rich its history, is immune to the possibility of dissent, defeat and dissolution.