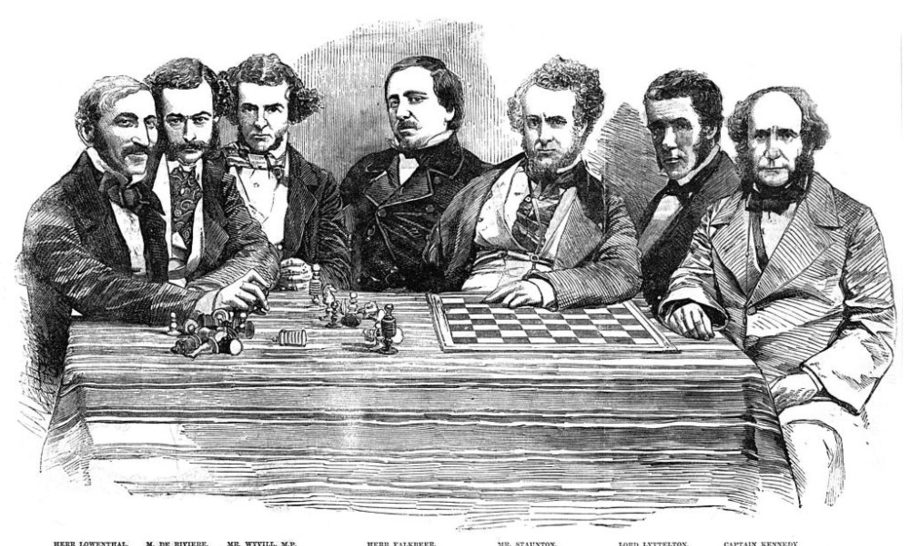 This chess column is the commencement of my weekly contributions to TheArticle, and I must express my gratitude to editor Daniel Johnson, for giving me the opportunity to explore this new way forwards.

For some time I have felt that traditional newspaper chess columns, designed to appeal to the general chess enthusiast (rather than the devoted chess expert) are failing to keep pace with 21st-century technology. Papers are indeed paying minimal homage to modern technology by reproducing material online, but without the ability to play over games on screen, this represents little more than offering the same fare online as in print.

Readers and fans will still need a chessboard and pieces to follow a game. In contrast, the modern chess column should be accessible anywhere that readers have mobile communications. To enjoy a chess column, you should not need to be stuck at home with a chess set.

This column will be different. I will not be spending time on analysing the latest wrinkle in the Chelyabinsk sub variation of the Sveshnikov line of the Sicilian Defence from the game between Bonsch Osmolovsky and Dus Chotimirsky played in the the Union Championship of Magnetogorsk. Rather, to adapt a phrase from Stefan Zweig, I will focus on what I describe as Sternstunden der Schachheit: stellar moments from the rich and diverse archives of chess, which seek to place the game in its historical, cultural and even financial context.

Games will be made available by linking to www.chessgames.com a free website which not only gives you access to instantly replayable games onscreen, but also invites readers to contribute their own comments to the analytical debate. There is also a computerised analysis function to add an extra dimension of enlightenment, should it be desired.

My inaugural focus of specific interest will be the annual Hastings tournament, which was founded in 1895, with probably the strongest chess tournament ever held up to that time. This year’s Hastings finishes during the first week of January and at some point I shall return to the 2020 event.

During the 19th century the UK experienced a kind of love affair with chess. The first ever international chess tournament took place in London 1851, with powerful tournaments across the country to follow, of which Hastings 1895 was, at that time, the most impressive. Moreover, Masters and champions of world status regularly gravitated to London, including Paul Morphy, Wilhelm Steinitz , Johannes Zukertort and Emanuel Lasker. Their names are still inscribed on the famous chessboard at London’s Simpsons in the Strand.

Our 19th-century love affair with chess went out with a bang in 1899, when the greatest tournament held anywhere up to that time (exceeding even Hastings) was staged in London. But this was to be the swansong. Over the next 46 years only one significant match, a mere six Grandmaster tournaments and the inaugural chess Olympiad were to be held in London. And worse was to come; between 1947 and 1972, a period of 25 years, no single Grandmaster level tournament was staged in London at all! Hastings was left to carry the flag through all this time as the sole regular Grandmaster level chess tournament in the UK.

How can this be explained?

The answer is that these chess tournaments provide an alarmingly accurate barometer of the financial health of the nation. Chess tournaments famously produce great beauty, intellectual depth, fabulous publicity and profound artistry, but very little hard revenue. They, therefore, flourish in environments where there is wealth to spare. From 1895 to 1899 Britain might have been thought to be at the zenith of her imperial might and wealth, yet the nation’s riches were about to be sucked into the running sore of the Boer war, which in current terms cost £20 billion pounds. Meanwhile, the nation’s attention was soon to be diverted by diplomatic, armaments and, ultimately, overt military conflict with the Kaiser’s Germany.

Howard Staunton, the founder of the 1851 tournament, and great Victorian polymath, believed, and wrote, that chess was the appropriate recreation for men of genius, and in spite of the counter-attractions of computer games, that description remains true to the present day.

In this respect, Hastings 1895 was fortunate in witnessing a number of outstanding cerebral masterpieces, the most thrilling of which was the victory by former world champion Steinitz against the German master Von Bardeleben. When the loser conceded, Steinitz was threatened with checkmate, and every single one of his pieces was under attack . . . yet he was still able to demonstrate a forced win.