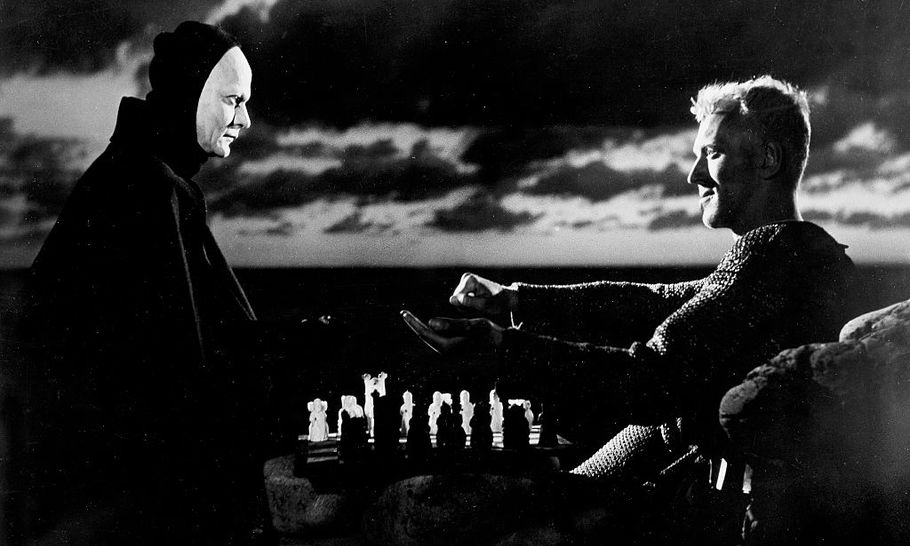 How to deal with a pandemic? The medieval Avignon Pope Clement VI allegedly surrounded himself with huge fires and retreated, splendidly isolated, to a throne in the centre of his great hall. Nobody (apart from those delivering nourishment) was permitted to approach him. As a historical fact, Pope Clement did indeed survive the Black Death of 1348. This was in part due to the fact that, as it happens, in spite of the hit and miss nature of the Papal defences, and total lack of medicinal solutions, plague-bearing fleas really were deterred by the heat radiating from the flames.

In literature, Johann Wolfgang von Goethe’s epic Faust also engages at one moment with the helplessness of medicine when confronted by a tenacious disease, for which there is no known cure. The scene is the medieval university town of Wittenberg where the eponymous Faust, the revered doctor, is lionised by the locals for his efforts in suppressing the plague. Yet he knows that his remedies were useless at best and positively harmful at worst.

One of my ambitions has been to create a modern English version of both parts of Faust, which would normally take about nine hours to perform. My aim was to abbreviate and paraphrase, so this is how I conveyed the moral dilemma of Faust’s treatment of the plague:

These peasants flock to praise me with one breath,

Because they think I cured them of their ills.

They have no concept that the Plague — Black Death —

Did far less damage than my bogus pills.

A century and a half after Goethe wrote his Faust, another European artist of world stature again wrestled with the problem of the impotence of medicine in the face of raging pestilence. Ingmar Bergman’s film The Seventh Seal (pictured) depicts the return to his native Sweden, of the Knight Antonius Block from the traumatic experience of the Crusades. In part inspired by Dürer’s iconic masterpiece Ritter, Tod und Teufel (Knight, Death and the Devil), The Seventh Seal solves the problem of confronting the plague, by the desperate remedy of resorting to a game of chess against Death itself.

Block was memorably portrayed by the eminent Swedish actor Max von Sydow, celebrated also for his role as the eponymous Exorcist, not to mention King Osric the Usurper in Conan the Barbarian and Emperor Ming the Merciless in Flash Gordon. Von Sydow coincidentally died at a vast age earlier this month. Von Sydow always looked much older than his years and was, therefore, a perfect choice to embody the Scandinavian paladin, bearing the woes of the world on his shoulders.

The returning Knight discovers a blasted realm, villages deserted, so-called witches burnt in pointless expiation, propitiatory self-flagellation, ignored by an unresponsive cosmos and meanwhile, figuratively, the Devil is dancing wildly on the beach.

Amid the widespread collapse of the social order, under the unrelenting pressure of the Black Death, Antonius Block rescues a young family through the ingenious, if extreme, expedient of distracting the attention of Death by challenging the Grim Reaper to a game of chess. As Death’s attention is diverted by his inevitable victory in the game, the young family makes their escape from the otherwise universal carnage. They are the only survivors.

I have attempted at great length to reconstruct the chess positions from the film, but I have reached the conclusion that the pieces are strewn on the board, more or less at random. The positions only make sense to the players themselves.

However, in its place here is a brilliant victory by the outstanding British chess exponent Joseph Henry Blackburne, victor or co-victor at such illustrious tournaments as Vienna 1873 and Berlin 1881. So deadly an opponent was Blackburne that he earned himself the soubriquet, “The Black Death”. This week’s game helps to explain why.

As I write, the Candidates Tournament to decide the challenger to World Chess Champion Magnus Carlsen is under way in Ekaterinburg, the site of the slaughter of the Russian Imperial family during the Russian Revolution. This is one of the few sporting events to proceed during the Coronavirus crisis, but as a precaution, the customary pre game handshake has been suspended and all competitors will be tested twice a day for the virus.

Paradoxically, I expect some brilliant games to be played in Ekaterinburg, since the presence of the plague appears to be no bar to creativity. Sir Isaac Newton developed his theory of gravity while self-isolating during an outbreak, while Shakespeare used similar seclusion to write King Lear.