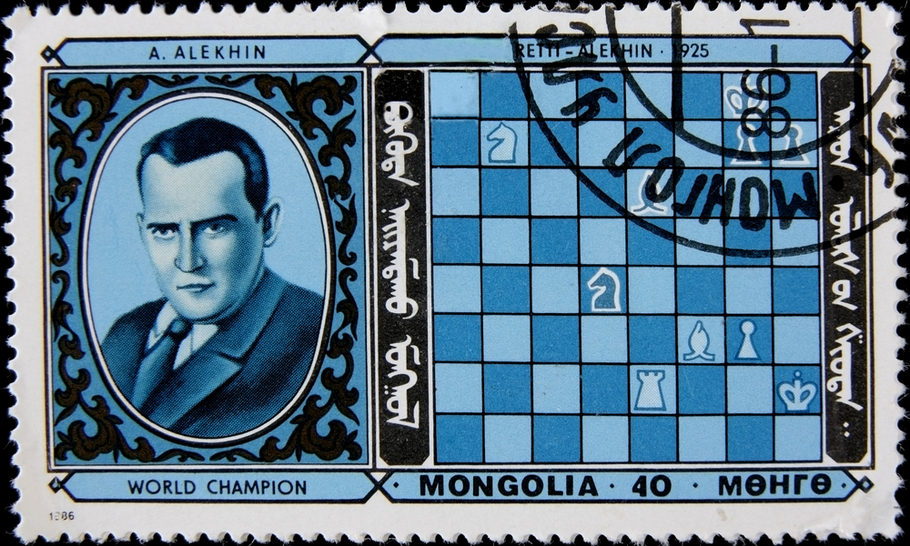 On the ninth day of Christmas…

I have known, and indeed played against, no fewer than eight World Chess Champions: Max Euwe, Mikhail Botvinnik, Vassily Smyslov, Mikhail Tal, Tigran Petrosian, Boris Spassky, Anatoly Karpov and Garry Kasparov. I never played against Bobby Fischer (who fits chronologically in my list between Spassky and Karpov) although I did observe many of his games first hand at the Olympiads of Havana 1966 and Siegen 1970.

Fischer’s career invites, to my mind, a literary parallel: the play Ein Bruderzwist in Habsburg, by the 19th-century Austrian dramatist Franz Grillparzer. A contemporary and admirer of Beethoven, Grillparzer was the spiritual heir to another Viennese playwright, Daniel Kaspar von Lohenstein (1635-1683), whose Cleopatra runs a close second to Shakespeare’s Antony and Cleopatra. Grillparzer’s play Ein Bruderzwist in Habsburg (“A fraternal quarrel in the House of Habsburg”) recounts the career of the Holy Roman Emperor Rudolf II (1552-1612), whose extreme reclusive tendencies led to his deposition by his younger brother Matthias. The title of the play itself refers to a fraternal struggle within the Habsburg dynasty.

The plot of the Grillparzer tragedy has much in common with the story of Bobby Fischer, whose brilliant victory against Spassky at Reykjavik in 1972 was marred by two subsequent decades of chessboard inactivity. He played no games at all as World Champion and ignominiously forfeited his title in 1975 to the younger Anatoly Karpov, without a shot being fired. Although Fischer was a magnificent challenger, who created a barely credible winning streak of thirteen straight victories against the powerful Grandmasters Taimanov, Larsen and Petrosian, he was, without a shadow of a doubt, the worst ever World Champion, with nothing but a title default to his name.

If Fischer’s destruction of Spassky worked miracles in terms of popularising chess, his subsequent dereliction of duty to his millions of fans served to undo much of his good work. Considerable controversy and speculation surrounds what would have transpired had Fischer actually defended his title against Karpov in 1975.

Garry Kasparov confided to me, that, in his opinion, Anatoly Karpov would in fact have defeated Bobby Fischer, had the latter not defaulted when their match was due to take place. Kasparov’s view was that Karpov, unconcerned by projecting a chivalrous public image, would simply have refused all of Fischer’s demands, and at some point Fischer would have walked out, leaving the pragmatic Karpov in possession of the world title.

By this stage of his life, Fischer suffered from a reclusiveness which would have done justice to St Simeon Stylites. Even the hermit, marooned on his pillar in the Antiochan desert, still tolerated visits.

In sharp contradistinction, the reigning World Champion, Magnus Carlsen, appears to me to have accelerated in the opposite direction. Hardly a day goes past now without Carlsen playing several games in Internet rapid play tournaments, and this trend is actually intensifying. The potential danger for Carlsen is that excessive familiarity encourages a diminution of respect. A useful maxim for world champions is that pithy aphorism attributed to the Roman emperor Caligula, “oderint dum metuant” (“let them hate me, so long as they fear me”). Another Latin postulate to follow, if you are a champion, is “odi profanum vulgus et arceo” (“I hate and avoid the common herd”), from the Latin poet Horace around 68-5 BCE.

Obviously Carlsen is a popular figure, so hate does not enter into the equation. I fear, though, that absence of fear will encourage Carlsen’s opponents to perform far more effectively against him, and recent results do, indeed, indicate that Carlsen is suffering an increasing number of setbacks against opposition which he should normally crush.

Writing in 1955 about the great Alexander Alekhine, the Swedish Grandmaster Gideon Stahlberg, with the prescience of hindsight, expressed the concerns which had been felt, even at the height of Alekhine’s powers: “Voices were already to be heard, asserting that his play was no longer so solid and convincing. Demonstrably losing positions for Alekhine became more frequent, and in his handling of the openings he displayed an increasing predilection for variations that were risky and fraught with danger.”

In this column I now sound the same warning tocsin for Carlsen. In Henry IV Part One, Shakespeare explained the situation in unmistakeable terms, as Henry contrasts his reserved public strategy with the public profligacy of his deposed predecessor King Richard II:

“The skipping king, he ambled up and down
With shallow jesters and rash bavin wits,
Soon kindled and soon burnt…
… More than a little is by much too much…
So when he had occasion to be seen,
He was but as the cuckoo is in June,
Heard, not regarded; seen, but with such eyes
As, sick and blunted with community,
Afford no extraordinary gaze,
Such as is bent on sun-like majesty
When it shines seldom in admiring eyes.”

The ideal stance for a World Champion seems to be that of Garry Kasparov, three of whose World Championship defences I personally organised in London: 1986 versus Karpov, 1993 versus our own Nigel Short (on this occasion I was considerably supported by our chess-loving editor Daniel Johnson), and versus Kramnik in 2000. Kasparov, as champion, took on every legitimate challenge, battled every prominent Grandmaster and robustly defended his title for fifteen years, while still maintaining “sun-like majesty”, as Shakespeare put it.

The Covid-19 pandemic has, of course, been very largely responsible for the pivot towards online, rapid play encounters for elite chess. It is perfectly understandable that this form of chess lacks the formal gravitas of classical chess, to which such champions as Alekhine, Tal, Petrosian and Kasparov were accustomed. However, I have a modest proposal to increase the validity of online chess, and that is to compensate for so called “mousetakes”.

These game-ruining interventions occur when a player’s computer mouse accidentally deposits a piece on an unintended square and the move is an obvious blunder. I now propose that, following the appeals model for tennis, that all players should be permitted three “mousetake” retractions per game. This measure would elevate the status of online chess and avoid games being wrecked by inadvertent silicon intervention. I hope that FIDÉ (the World Chess Federation) and major sponsors are listening!

This week’s game is a recent catastrophe by Carlsen against an opponent he would normally expect to overwhelm. Part of Carlsen’s great strength is, along with such as Alekhine, Tal and Kasparov, his overpowering physical presence at the board. Viktor Korchnoi even went so far as to attribute Carlsen’s numerous triumphs to hypnotism, which alert readers of my column of December 19 will know that I dismiss as impossible. As chess pivots increasingly online, as a result of the Covid-19 pandemic, this physical edge begins to dissipate, as evidenced from the fact that in spite of his numerous tournament successes during 2020, Carlsen has already lost no fewer than 60 games. To put this in context, over his six years as World Champion (1963-1969) Tigran Petrosian lost on average just five games per annum!

Here is the game of Carlsen’s rapid loss against Luis Paulo Supi.