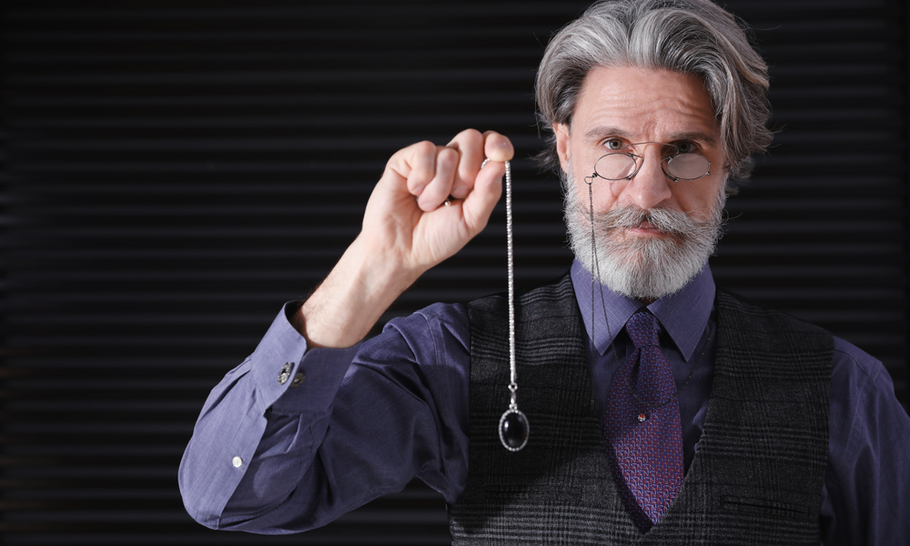 Last week I discussed violence as an extra mural method of gaining victory at the chessboard, citing apocryphal examples involving such historical figures as Brian Boru, Charlemagne, King Canute and Bad King John. In contrast, some well attested chess fatalities at the board are recorded in the authoritative Chess: The History of a Game, by the ever reliable historian Richard Eales.

Thus in 1254 William de Wendene had to flee and take sanctuary after stabbing and killing an overly intrusive spectator during a game in the City of London. Then, ten years later, also in London, David de Bristoll struck with a sword and killed Juliana, wife of Richard Le Cordwaner, after a chessboard quarrel arose between them. As usual, the malefactor fled, probably in the direction of the nearest sanctuary-giving church.

Gamesmanship, in less extreme forms, has assumed many guises in chess, namely attempts to influence the result by means other than simply playing good moves. Already in the 16th century the Spanish cleric Ruy Lopez, advocated playing after your opponent had eaten and drunk liberally (thus inducing drowsiness) and if possible by placing the board so that the sun would shine in your intended victim’s eyes (thus inducing myopia).

As a counter to such devious schemes another cleric, the Sicilian priest Pietro Carrera wrote the following alarming advice in 1617 for the prospective match player: “He must abstain some days from meat to clear his brain as also to let blood, he should take both purgatives and emetics to drive the humours from his body, and he must above all be sure to confess his sins and receive spiritual absolution just before sitting down to play in order to counteract the demoniacal influence of magical spells.”

Gamesmanship was popularised by Stephen Potter in his 1947 book: The Theory and Practice of Gamesmanship (or The Art of Winning Games Without Actually Cheating). However, Potter’s advice on chess would be laughed out of court, since the general level of chess education is now far too high to fall for his transparent bluff. Potter’s advice to his readers was to become involved in a short sequence of opening moves, such as 1.e4 e5  2.Nf3 Nc6  3.Bc4 Bc5 and then mysteriously resign, at the same time equally mysteriously claiming superior insight into some spurious far distant variation, which would lead to one’s own  inevitable defeat. I recall my parents, some time during the Cretaceous Period when I learnt my chess, helpfully buying me Potter’s slim volume, in the mistaken belief that it might improve my chess skills. By then, though, I had already progressed far beyond that point and was deeply into the strategic and tactical disquisitions of Nimzowitsch, Reti, Capablanca and Alekhine.

A more serious proposition in the canon of rule bending at the chessboard is hypnotism.

When Efim Bogolyubov challenged Alexander Alekhine for the World Chess Title in 1934, rumours of hypnotism were already rife. Time and again Bogolyubov, victor of many great tournaments in the 1920’s (such as Pistyan in 1922, Moscow 1925, Bad Kissingen 1928) and one time holder, simultaneously, of both the Soviet and German Championships, would obtain the advantage, but then see it crumble against the champion’s dynamic counter attacks. Then inexplicable errors began to creep in and Bogolyubov’s carefully orchestrated strategic wins would invariably descend into ashes.

A quarter of a century later, history would repeat itself. Mikhail Tal, notorious as the “Wizard of Riga” on account of the violent and surprising nature of his aggressive tactics, was sweeping all before him in the 1959 qualifying tournament to decide the challenger for the World Title. The incumbent Champion being the patriarch and Red Czar of Soviet chess, Mikhail Botvinnik. Come the final round of the Candidates’ competition, Grandmaster Pal Benko, Hungarian by origin – American by choice, decided that he knew how to neutralise Tal’s secret of success, his hypnotic glare.

Accordingly, Benko donned dark sunglasses in his last round game against the Wizard, doubtless to ward off his opponent’s mind-bending stare. Sadly, this imaginative precaution was of no avail, and, after just a few moves, a typical Tal onslaught, complete with sacrifices, had wrecked Benko’s defences. Only the fact that Tal needed just one draw to win the tournament came to Benko’s rescue, for by all conventional yardsticks, Benko would have risked nothing by resigning the game.

I was personally involved in perhaps the most notorious case of alleged hypnosis at the chessboard, when I acted as chief assistant to Soviet defector Viktor Korchnoi, as he challenged Anatoly Karpov for the World Championship at Baguio City in the Philippines during much of 1978. Karpov, royally funded by the Soviet state, had brought a vast delegation to Baguio, including one Dr Vladimir Zukhar, whom Korchnoi enthusiastically identified as a parapsychologist, with the peculiar ability to direct mind-bending rays at any player on the stage whom he wished to influence or even harm.

Fanatical helpers then thronged to Baguio, besieging us with advice as to how to ward off such psychic pressure, among them members of the extreme Ananda Marga sect, who believed in yoga, mantras and mystic chanting. I thought they were plausible tricksters, not out of place in one of those frantic Ben Jonson comedies, such as Volpone or The Alchemist. What I believed was that Korchnoi needed better chess strategy, not a circus of charlatan fake gurus. Sadly, both sides seemed to take this Jonsonian charade seriously and the match ended in farce when Dr Zukhar was permitted by match officials to move into the front rows of spectators, thus propelling Korchnoi to succumb to the Scylla of bogus hypnosis rather than the Charybdis of crazy cultism.

By the way, did I mention that the Ananda Marga troupe were all on bail for attempted murder of an Indian diplomat? This inconvenient fact hardly endeared either the orange-robed levitators, or indeed Korchnoi himself, to the organising committee appointed by Philippine President Marcos.

The clash between Spassky and Fischer at Reykjavik 1972 is probably the most celebrated chess contest of all time. Spassky moved swiftly into a 2-0 lead, but then crumpled, after chivalrously acceding to a battery of Fischer’s bizarre demands, which included (paradoxically) defaulting game two, and shifting game three to a small private room, instead of the public stage. Pitting East against West, USA against USSR, capitalism against communism, Kissinger against Brezhnev, this match acquired uniquely iconic overtones, but by now, my own view should have become clear: in spite of hypnotism, in spite of parapsychology, in spite of obscure off board antics, the mentally tougher combatant will always win through.

Modern chess leaves little scope for such overt gamesmanship tactics, a fortiori, since so much elite chess is now conducted online, a medium in which hypnotism or powerful personal charisma is far less effective. Instead, psychological pressure is exerted, especially by current World Champion Magnus Carlsen and his close rival Hikaru Nakamura, by choosing openings which would never have been countenanced by the classical greats, such as the so called “Bongcloud” group of openings. Although selecting one of these third rate inferior openings (such as 1.e4 e5  2.Ke2 or 1.f3 e5  2.Kf2) may have started as a method of unbalancing the opposition, as it became more frequent, it began to look like a subtle way of conveying a message that the opponent is in comparison so weak that they can be beaten with a metaphorical hand tied behind one’s back.

This week’s game is a case in point.