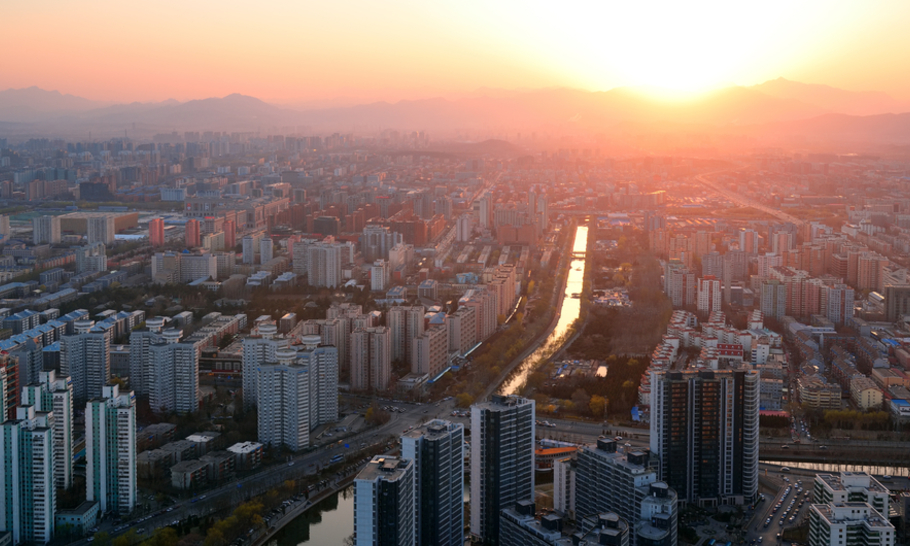 It would have been surprising if she’d said anything else, but Avril Haines, the Director of National Intelligence, used the publication of her agency’s Annual Threat Assessment to confirm to the United States Congress that, as far as states go, China is for the first time America’s number one focus and concern. The report gives pride of place to a chapter entitled “China’s Push for Global Power”, while Russia, Iran and North Korea each have follow-on chapters, billed simply as “Provocative Actions”. There is no question that China is going to remain America’s and the global system’s principal drama of the 2020s, and most likely beyond. No-one should imagine, though, that they know how it is going to play out.

America’s perception of China as its leading threat isn’t just a flash in the pan or an over-reaction. Anyone that has been paying attention, and it is a sad reflection that too many have not, has certainly been aware of the way in which Xi Jinping’s China sees both itself and competition with the US. Xi Jinping himself has stated: “We must concentrate our efforts on bettering our own affairs, continually broadening our comprehensive national power, improving the lives of our people, building a socialism that is superior to capitalism, and laying the foundation for a future where we will win the initiative and have the dominant position.”

When China’s leaders refer to their country’s “inevitable rise” and “win-win” strategies, they are not messing with words. Party leaders think this is their strategic opportunity to retake their rightful place in the world, and they intend to win.

The National Intelligence report acknowledges that Beijing sees itself at the centre of an epochal geopolitical shift in which “China increasingly is a near-peer competitor, challenging the US in multiple arenas — especially economically, militarily, and technologically — and is pushing to change global norms”. It warns that that the Chinese Communist Party will, in so doing, use these and also diplomatic channels to attempt to undercut the influence of the US, drive wedges between Washington and its allies and partners, and foster new international standards and norms that favour its own authoritarian system.

Much of what we have seen in terms of China’s behaviour before the pandemic, but especially since it spread from China to the rest of the world last year, corroborates this view. China’s diplomatic initiatives, often referred to as coercive or “wolf warrior” diplomacy, have been running on full throttle. This has employed rhetoric and the use of foreign media and courts to deflect or suppress criticism of its repressive policies and management of the pandemic, but also more military or muscular methods to bully Taiwan and other nations in Asia with which China has maritime disputes.

As the intersect between economic security and national security has become increasingly marked and visible, economic and financial rivalry between China and the US and other liberal-leaning democracies has become commonplace in industry, investment, information systems, and innovation. Competition and issues of national security now extend also to corporate governance, differences in standards and protocols for advanced technologies and communications systems, internet access, data gathering, and cybersecurity.

In China, the recently approved 14th Five Year Plan emphasises not just the familiar areas of military and internal security — the Plan envisages a “modernised military” within the next several years — but also other forms of security, including food, energy and natural resources, jobs and the environment, and of course, technology. In the US, President Biden has managed to secure Congressional approval for a $1.9 trillion pandemic relief and income support programme, and is now trying to follow up with a $3 trillion recovery and investment programme for infrastructure, research and development, healthcare and childcare. Both are emphasising the significance of making supply chains more secure, and less vulnerable to exploitation by the other. In America, they call it decoupling, or renewal. In China they call it self-reliance, and it is at least an attempt to de-Americanise key dependencies, not least on the technology of the US and its allies, especially semiconductors.

There has been a marked tightening of scrutiny in the US over Chinese foreign direct investment and finance. Washington now has a whole-of-government infrastructure to oversee economic decoupling from China. The Commerce Department’s Bureau of Industry and Security oversees technology and export controls, policing lists of proscribed companies and sales. The Treasury’s Office of Foreign Assets Control administers sanctions, including those on individuals and entities in Xinjiang and Hong Kong. The longer established interagency Committee on Foreign Investment in the United States polices foreign direct investment, especially anything involving high technology. The Justice Department’s National Security Division authorises criminal prosecutions in the event of theft of trade secrets and intellectual property.

Finance has also become a zone for competition and tension. Financial sanctions have been applied to officials in Hong Kong responsible for implementing the National Security Law, and in Xinjiang where individuals and agencies responsible for implementing repression have been identified. Last month, the EU, UK and the US announced jointly sanctions against China for human rights abuses in Xinjiang, to which China retaliated.

At another level, while Beijing has been welcoming foreign financial firms into China in sectors such as asset management and investment banking, it is also supporting campaigns to stigmatise or boycott foreign firms that have spoken out for human rights and against forced labour. The regime is giving strong backing to the development of both alternative global money clearance and settlement systems to those in which the US dollar is dominant, and its own digital yuan system, which some expect — wrongly, in my view — to eventually elbow the dollar aside.

The United States National Intelligence report has gone further in its China threat assessment than either the UK’s recent Integrated Defence Review, or the EU and its member states, which have been slower, for business reasons mostly, to stand up for liberal principles in their relations with China. We will see how this changes in the months and years to come.

It is important, though, that liberal-leaning democracies calibrate their China responses well. We should certainly not assume that China is “winnable”, or open to changes it will never negotiate, and we should not brush aside lightly or downplay China’s determination to win, and shape what are for us alien values and governance in the global system. This would be naive, and an invitation to be played.

Equally, we should resist the kind of siege mentality, which is not uncommon, in which China’s slogans and rhetoric about itself and about democracies are taken as cast in stone and inevitable. This fails to acknowledge the potential for instability and volatility in Xi’s China, and the mounting headwinds within the Chinese economy and pushback in the wider world. Perhaps more importantly, it tends to blind us to what we might call “home improvements” — that is, to be good or better at things at home, such as fairness, justice, science and engineering, and true innovation, which is fundamentally about things such as business and markets that democracies are supposed to be relatively good at compared to authoritarian states. In its first three months, the Biden administration has made a decent start at getting the balance right.