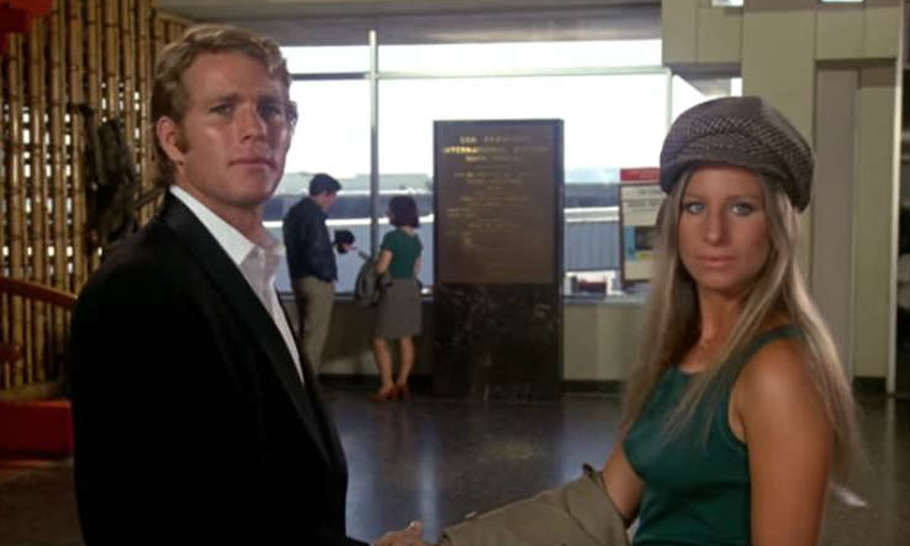 So now we know. We are in splendid isolation as the sick man of Europe. Christmas is pretty much a wash out. It will be followed – for months, perhaps, according to Matt Hancock – by a near total lockdown. How are we going to get through this winter of discontent? How about going to the movies? At home, of course…

As the November lockdown got under way, I recommended some of my favourite cult movies. Readers seemed to like the piece, so I promised another dose. Herewith some of my favourite mainstream films which have somehow slipped off the radar. The first four are comedies, followed by serious but entertaining stuff. Finally, a horrific curiosity.

Hellzapoppin (1941) is glorious, lunatic slapstick Hollywood. Think the Marx Brothers meet that great American humourist, SJ Perelman. Verbal and visual gags and an indescribable story within a story within a story. Projectionists and director burst onto screen. There is a lot of clever filmic stuff which did not appear again until the 1960s. Split screen. Fast forwarding. Film running backwards. Characters suddenly addressing the audience. Kids will love it, and most adults too. Great for Boxing Day blues.

Top Secret (1984) From those wonderful folks who brought you the inspired silliness of the original Airplane (not Airplane II: The Sequel) and didn’t know what to do for an encore. So they made this. It sends up Elvis and Beach Boy style rock musicals, World War Two resistance movies and Cold War spy thrillers. Don’t ask for continuity. There is real confusion about whether the film is set in wartime France or 1960s East Germany. In fact it’s a bizarre mash up of the two. Utter raving nonsense about rescuing a scientist from the bad guys’ clutches. But the kids will love it, and so will the adults – especially after a sparkling glass or two.

What’s up Doc? (1972) Bogdanovich’s elegant, meticulously crafted homage to the screwball comedies of the 1930s. Beautifully filmed in San Francisco. Barbara Streisand and Ryan O’ Neal send themselves up something rotten (as Hollywood stars seldom do). Remember the sickening punchline from the earlier movie, Love Story? Ryan as the young husband apologises to his young wife and says he loves her, as she lies on her deathbed. “Love means never having to say you’re sorry,” she replies, before expiring. Ryan is deeply moved. Now, in this movie, after all their misadventures, Streisand also says to Ryan: “Love means never having to say you’re sorry,” as they too are reconciled. Ryan looks at her with contempt and replies: “That’s the dumbest thing I ever heard!” Missing suitcases, secret documents, mafia bosses, the CIA and assorted oddballs, including a cheat at a conference of musicologists. And an elaborate, genuinely spectacular but hilarious 20-minute car chase though San Francisco’s steep streets. It’s another send up, this time of the iconic chase from the 1968 thriller, Bullitt. Bogdanovich said the chase cost a quarter of his entire budget to set it up.

State and Main (2000) The great playwright David Mamet writes and directs. His intelligent star-studded cast played for next to nothing because it was the film they all wanted to make. It’s the tale of a cash-squeezed and squabbling Hollywood team who descend on a classic picture-book Vermont small town (actually several small towns in Massachusetts) and create merry hell. The townsfolk are believable but quirky characters from 1940s, small town movies. The Hollywood production bosses are – well – hyper, Jewish smart asses. (No sharp intakes of breath please. Mamet himself is Jewish, and the brashness is deliberate and gently funny.) As for the stars they are self-obsessed, sex-obsessed and self-indulgent. It’s sweet but sharp, intelligent, beautifully filmed and a joy to watch.

Sweet Smell of Success (1957) The greatest New York noir, directed — amazingly — by a Brit, Alexander Mackendrick. Burt Lancaster, looming sinister, is the powerful but unhinged syndicated newspaper gossip columnist, JJ Hunsecker. He has the clout to make or break politicians and entertainers on a whim. Tony Curtis, proving that he was a stunning performer in serious roles, is Lancaster’s sleazy sidekick, doing the dirty work for his boss. JJ’s young sister, dominated and bullied by her brother, is in love with a jazz musician who plays with the Chico Hamilton quartet. But there are hints that Hunsecker unhealthily lusts after her. Anyway, he wants the young man smeared and broken, to destroy the romance. Curtis obliges with allegations (false) that the boyfriend is a drug-addicted communist. (Clifford Odets, himself blacklisted for years by Hollywood as a Red, wrote the razor-sharp script.) I won’t tell you any more, except to say that there is plenty of good jazz as well.

Village of the Damned (1960). Black and white and noirish. Understated, thoughtful but quietly menacing, this is quite simply the best British sci-fi film ever made. From the book The Midwich Cuckoos, by John Wyndham, it is the story of a postcard English village where one fine day all the women of childbearing age fall pregnant at once. A few months later they all give birth at the same time to identical, sweet, well-mannered, lovely children who are astonishingly quick to learn. However, they can communicate with each other telepathically, read human minds, can and do force people to act against their will, to the point of killing themselves. They use this power to punish those who cross them. They are, of course, alien spawn, front-runners of creatures who plan to take over the world. Can the children be seduced from their mission? Or should they be killed? And how can you, morally or practically, massacre children – especially if they have the power to bend you to their will? A film for adults which is disturbing, but safe to let your children watch.

The Long Good Friday (1980) Another British best — in fact, the greatest British crime story ever. (But then I don’t like Brighton Rock.) Set in Thatcher’s London, it deftly and realistically weaves local organised crime, mafia interest in same, local government and police corruption as Docklands is massively redeveloped, plus IRA fund-raising protection rackets and extortion among expat Irish labourers. It also touches on the growing impact of what was then still the EEC. All were genuine issues and most have been discreetly brushed under the carpet. Bob Hoskins is amazing as the gang boss trying, like the Krays before him, to move into high society. Helen Mirren is wonderful as his upper-class floozie. The brilliant Barrie Keeffe scripted. Great locations and camerawork. Above all a tense but thoughtful and gripping storyline.

The Ghost (2007) Roman Polanski directs. The film of the Robert Harris novel which takes the Blairs’ weird personal relationship and turns it into a gripping thriller. Harris, who was actively involved in the making of the movie, was a disillusioned friend of the Blairs. It shows. His portrait of the couple (whom he always insisted were not the Blairs) is so well observed and convincing that for a while Harris lived in fear of a writ. The tale is told from the point of view of a ghostwriter called in to rescue the former PM’s memoirs after a staffer has produced unpublishable guff. As a political journalist, I was, inter alia, a ghostwriter for assorted political and other high-profile figures. His description of this ill-regarded but honourable trade, and of the ethical and practical problems it involves, is spot-on. But you don’t need to be a politics wonk, or a journalism addict, to be gripped.

Repulsion (1966) British, sort of. Written and directed by Roman Polanski and starring the young and vulnerable Catherine Deneuve, early in her career. It is a serious, honourable but horrific study of a lonely, disturbed, French girl stuck in swinging, sex-obsessed London. There is a suggestion that she has been sexually abused as a child in France. Trapped by her fears, alone in her flat, she slips gradually from a breakdown into paranoid schizophrenia, seeing the walls split and groping hands grab at her. Self-isolating alone, she fantasises – revolted yet attracted – about men coming to rape and defile her. And when innocent men do arrive at the flat she defends herself by killing them. It sounds sensational and exploitative. It is not. It is shocking though, and certainly not for the kids, or for the faint hearted. But Deneuve, who is on screen throughout the film, often alone in her decaying, blood-spattered chamber of horrors, gives an unmissable performance.