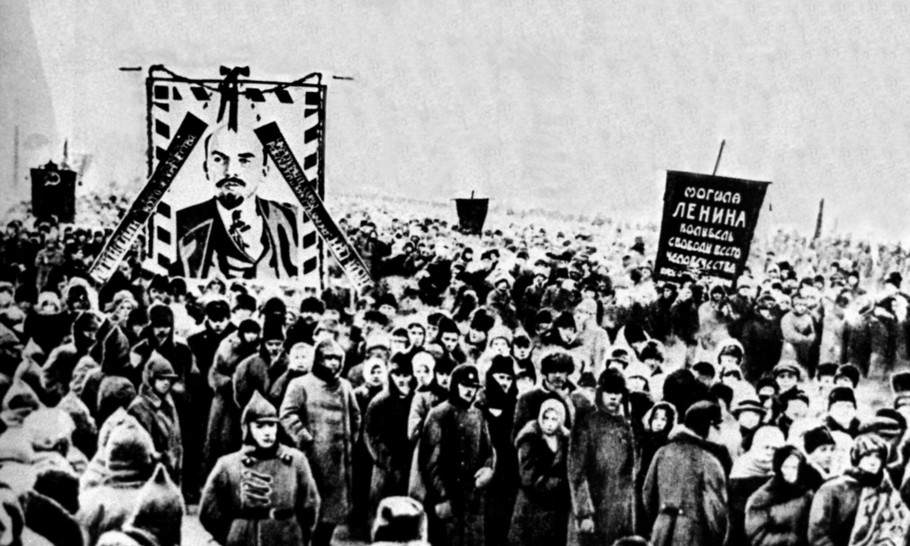 Communism sought to end all religions, but all it did was to found a new religion. This is a view shared by many. Let me quote first the opinion of a maverick philosopher, who often changed his mind concerning the desirability of certain political actions, but when it came to science or mathematics he was an unremitting pursuer of truth. He was also a prolific author. He wrote 60 books and 40,000 letters. He visited Russia with a Parliamentary delegation in 1920 when one could already see the direction the new Socialist/Communist state had taken. He was born as Bertrand Russell into an aristocratic family. After his brother’s death he became the Third Earl Russell. His grandfather was twice British Prime Minister.

Russell met many of the leaders of the Soviet State. When he returned to England he described his experiences in a book entitled The Practice and Theory of Bolshevism. How did he view the Soviet attempt at realising Socialism? He concluded that “Bolshevism is not merely a political doctrine: it is also a religion, with elaborate dogmas and inspired scriptures.” By way of explanation he added: “By a religion I mean a set of beliefs held as dogmas, dominating the conduct of life, going beyond or contrary to evidence, and inculcated by methods which are emotional or authoritarian. Not intellectual. By this definition, Bolshevism is a religion: that its dogmas go beyond or contrary to evidence. Those who accept Bolshevism become impervious to scientific evidence, and commit intellectual suicide.”

Bertrand Russell’s views were not shared by the other Parliamentarians visiting Russia at the time. But another visitor, the distinguished economist John Maynard Keynes, noted similar tendencies. He wrote, in his essay a Short View of Russia in 1925: “If Communism achieves a certain success, it will achieve it, not as an improved economic technique but as a religion.” And then Keynes asked the question: “But as a religion what are its forces?” And the answer: “Perhaps they are considerable. The exaltation of the common man is a dogma which has caught the multitude before now. Any religion and the bond which unites co-religionists have power against the egotistic atomism of the irreligious.”

Let us make a few comparisons. Although Communism is more similar to Islam, here we tend to be more familiar with the tenets of Christianity, so I shall use mainly that religion (especially Catholicism) to compare the two.

Both have sacred scripts. Marx’s writings correspond to the Old Testament, Lenin’s to the New Testament. These are prescribed reading. (Worth noting too that both share the notion of proscribed reading — the corrupting influences the faithful must never encounter.) As for biblical personages, Marx is the Moses who never made it to the Promised Land. Lenin is the Redeemer of the proletariat who died and left his disciples behind at a relatively early age. Stalin, we may compare with a much more malevolent Lucifer, but if we restrict ourselves to historical rather than heavenly characters in the comparisons, then we could do worse than settle for the Grand Inquisitor Tomas de Torquemada. As for holy cities, the relevant parallel is Rome and Moscow. In this context it may be worth mentioning the contribution of Filofei of Pskov written in the 18th century: The first Rome was Rome, the second Rome was Constantinople, the third Rome is Moscow, and there will not be a fourth Rome.” This could have been said by the Communists, but it sounds genuine enough from a Russian monk.

Both organisations had a hard time to begin with, the Christians in the catacombs and the Communists in illegality. When in power, as so often happens, the prosecuted turned prosecutors.

Heretics, real or imagined, fared badly in both organisations. They were forced to confess and afterwards found themselves executed at the stake or on the gallows. In particular, both religions had ill-defined relationships with kindred organisations, the Protestants on one side and the Social Democrats on the other side. Depending on the Party line at the time, they killed them, demonised them (as social fascists) or were in alliance with them (as in the Popular Front).

What of their structures and modus operandi? Similar again. On the former, the Ecumenical Council and the Party Congress have certain parallels, as do the College of Cardinals and the Politburo. In all Catholic countries there is at least one Archbishop, who is often also a Cardinal, who owes direct allegiance to the Pope. The Communist equivalents are the local Party Secretaries who toe Moscow’s line. Regarding the latter, both organisations realised that the faith of the faithful needs to be continually reinforced. The means are a regular set of meetings and seminars (note the word, seminar. It is both in the ecclesiastical and in the Communist vocabulary.) Plus, poignantly, the election of the Head of the organisation, Pope or General Secretary, takes place behind closed doors. Both are infallible while in office.

And, should we look to the future, the Death of Communism and the Death of Religion have both been predicted with equal vigour. Neither has yet come to pass. But let’s be more precise – the Second Coming and the Ultimate Victory of Communism have a key element in common. Each seems as likely as the other.