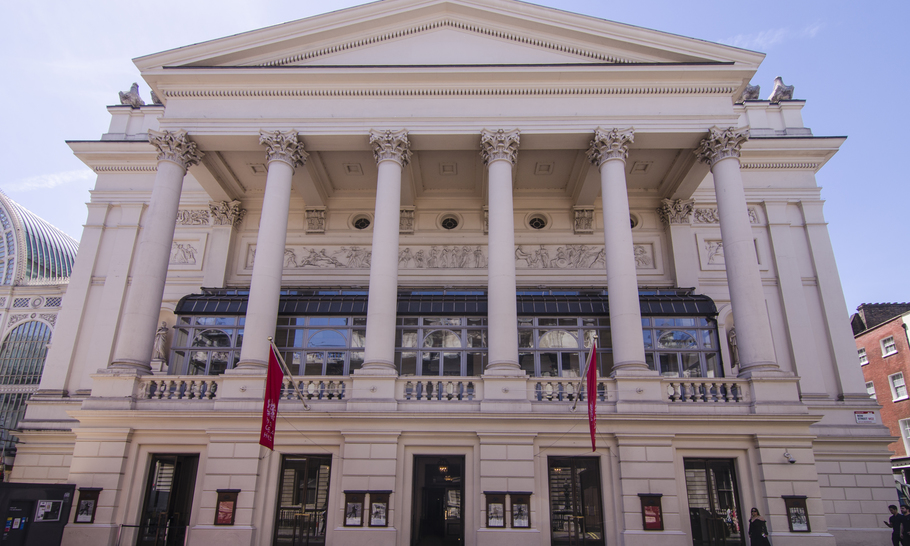 There was something magical about the musical tribute to Ukraine at the Royal Opera House, Covent Garden, on a weekend when Easter and Passover coincided. On an almost bare stage, tastefully lit at the rear in the blue and yellow of the Ukrainian flag, this vocal treatment of betrayal and yearning for freedom was sung by an impressive array of soloists and chorus. The Russian invasion of Ukraine has shocked the world, but as the ROH music director, Sir Antonio Pappano, said in his introduction, this is not a denigration of Russian culture, but an expression of sympathy with the suffering of the Ukrainian people and a desire that they be allowed to live in peace.

After a stirring performance of the Ukrainian National Anthem, we went straight into Wagner’s “Träume” (Dreams) from the Wesendonck Lieder, followed by Donizetti’s “Una furtive lagrima” (A silent Tear) from L’elisir d’amore, and Massenet’s “Adieu notre petite table” from Manon, when the eponymous heroine says farewell to the little table that used to bring her and Des Grieux together. Sadness and regret followed by that wonderful duet from Bizet’s Pearl Fishers, where they see the face of the goddess, as if divine benevolence might take us through these troubled times imposed by Russia’s invasion of a sovereign country.

After several beautiful Ukrainian songs, entirely unknown to most of the audience, Freddie de Tommaso came on stage with a magnificent “E lucevan le stell” from Puccini’s Tosca, where Cavaradossi dreams of heavenly bliss before his purportedly fake (but in fact real) execution. With that the evening hit a new level, followed by “Un bel di” from Madame Butterfly as Cio Cio San awaits the man she believes will return and rescue her and her child from ignominy. It was not to be, of course, nor was the idealism fostered by the French revolution, expressed in that magnificent paean to the unity and goodwill of humanity by Gerard in Giordano’s Andrea Chenier, as he sings of how his path once shone with glory: to transform the world into a pantheon, to change men into gods and, in a single kiss and embrace, to love all mankind. Tragic.

The world of Ukraine now lies far from such ideals, and the cold blast of “Nessun dorma” (no one shall sleep) from Puccini’s Turandot provided an apt description of what many people in Ukraine have experienced, with bombs thudding into their cities day and night.

Finally, three pieces by Verdi, a man dedicated to the unity and independence of Italy, brought the evening to a close: “Ave Maria” from Otello, Macduff’s “Ah, la paterna mano” in Macbeth when he regrets a father’s hand was not there to shield his sons from murder, and “Va, pensiero” from Nabucco, as the Hebrews in Babylonian captivity give wing to thoughts of their homeland.

Gentle and sympathetic conducting in the first part by the Ukrainian conductor Oksana Lyniv, who had travelled here specially for the occasion, followed by rich emotion from Pappano in the second. Although I have not emphasised the singers in an evening dedicated to the people of Ukraine, they were all terrific, and I give thanks to the Royal Opera House for having the imagination to provide such a carefully chosen programme to channel our emotional support.