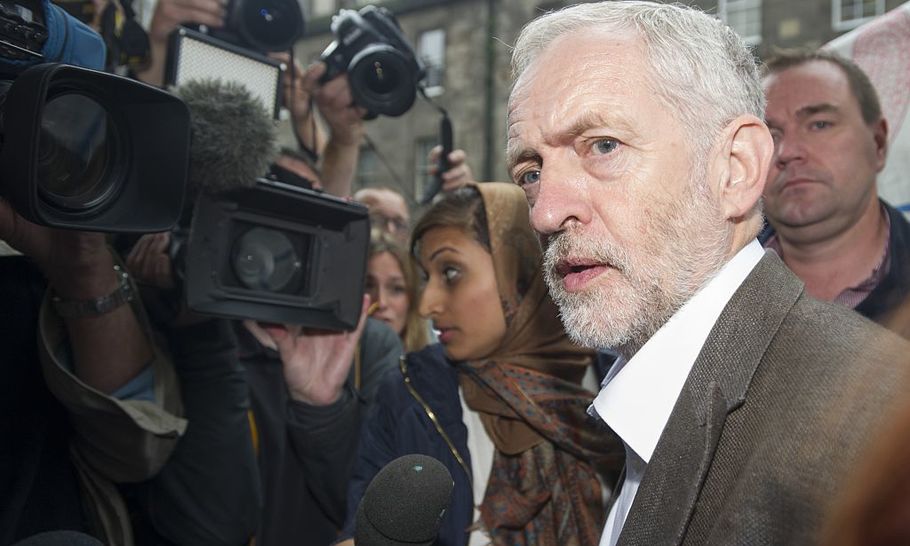 Gabriel Pogrund and Patrick Maguire interviewed about a hundred Labour figures when researching their book, Left Out: The Inside Story of Labour Under Corbyn. It is being serialised in the Times and Sunday Times and has set Twitter alight with its stories of: infighting between key players in the Corbyn kitchen cabinet — even Corbyn and McDonnell; Labour anti-Semitism; and revelations of a party riven by factionalism and incapacitated by crisis and indecision.

Here we go again. For centuries, anti-Semites have been obsessed with Jews and money, banking and usury. And here’s a leading Corbyn adviser saying Corbyn couldn’t empathise with British Jews because they are “relatively prosperous”. Imagine if he said this about the Chinese or Indian communities in Britain.

This is at the heart of Corbyn’s anti-Semitism problem. If you take anything he says about Jews and apply them to any other community in Britain it would sound appalling. And this is exactly what so many people in the British media have failed to do. They have rarely asked themselves how they would react if Corbynistas spoke this way about BAME people.

Even Pogrund, one of the smartest young journalists around, defended Murray on Twitter, saying, “He’s merely contrasting the material condition of Jews today vs 100yrs ago.” No, he’s not. For centuries anti-Semites have associated Jews with money, banking and usury. Think of Shylock, Barabas, the Jew of Malta (his “usury” is said to “fill the gaols with bankrupts in a year”), Dickens’s Fagin and Trollope’s mysterious banker, Augustus Melmotte. Murray is just playing that age-old nasty game. Jews would be OK if it wasn’t for all that money. Think of that mural that Corbyn couldn’t see was problematic. All those rich, big-nosed Jews.

But, of course, Corbyn’s anti-Semitism was never just about money. There was Israel, his long-time association with Holocaust deniers, terrorists, Hamas and Hezbollah. In his recently published book, The Left’s Jewish Problem (2018), Dave Rich wrote of Corbyn:

“For the first time in recent history, one of Britain’s two main political parties would be led by somebody who had no relationship with, or real understanding of, the main bulk of British Jewry; somebody who was, at best, a fierce critic of Israel, and at worst had actively campaigned against its very existence; and who came into office dogged by allegations that he, personally, had associated with and even supported anti-Semites, Holocaust deniers and terrorists.”

What was so striking about Corbyn’s obsession with Jews and anti-Semitism is that it prevented him from seeing the bigger issues in British politics and taking a clear line on the biggest issue of all: Brexit. Even Corbyn’s chief of staff, Karie Murphy, knew that something had to be done about anti-Semitism. According to Pogrund and Maguire in Monday’s Times: “She came up with a series of proposals: Corbyn would visit Auschwitz. He could meet children at London’s Jewish Free School. Haaretz, Israel’s liberal broadsheet, would get a set-piece interview. Congregants at a progressive synagogue and residents of a Jewish care home would get to mix with Corbyn too. Any one of the proposals would have made for a potentially groundbreaking gesture of reconciliation.” All but one of them came to nothing.

Corbyn just couldn’t bring himself to make the slightest concessions. He couldn’t move from Palestinian rights and terrorist organisations like Hamas to issues that might really matter to core Labour voters, especially in the north and Midlands. Almost a year after Corbyn’s crushing defeat in December, anti-Semitism still haunts Labour. Figures like Chris Williamson and Jackie Walker can’t let go. Murray blusters about how well-off Jews are, and we still haven’t yet had the EHRC report on Labour anti-Semitism. Every time it looks as if the agenda is going to change decisively — Coronavirus, A Levels, another major economic crisis — Corbyn’s Jew hatred is back on the front pages.