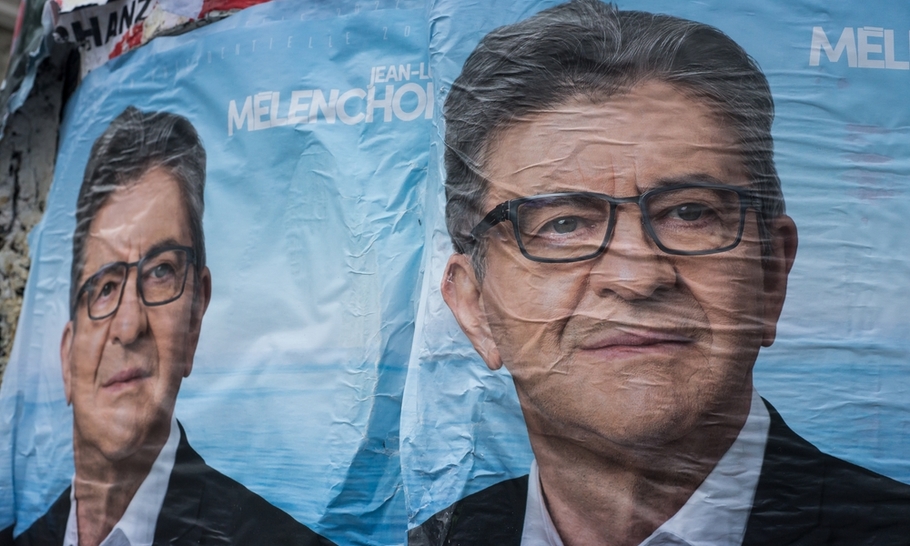 Almost all UK media coverage of the French presidential election, such as there has been, is focused on the two far-Right candidates, Éric Zemmour and Marine Le Pen. Both have been damaged by their links to Putin. Valérie Pécresse, the candidate of the sister party of the Conservatives, Les Républicains, has also slumped in the polls, as prominent figures of the centre-Right such as Jacques Chirac’s former Prime Minister, Jean-Pierre Raffarin, endorse Macron for a second term.

The official Socialist Party candidate, the Mayor of Paris, Anne Hidalgo, linked up with London Mayor Sadiq Khan to attack Donald Trump. She also appeared side by side with Labour’s Andy Burnham, the Mayor of Manchester, at COP26 in Glasgow. However, Ms Hidalgo is stuck on just 2-3 per cent and Socialist grandees, such as François Hollande and Ségolène Royal, openly despair of her breaking through.

But quietly, very quietly, coming up the far-Left side of the field is France’s Jeremy Corbyn, the theatrical, all-round leftist Jean-Luc Mélenchon. In the latest polls, Mélenchon won higher ratings than Valérie Pécresse or the far-rightist Eric Zemmour. According to Gilles Finchelstein, head of the socialist-linked Jean Jaurès Foundation and France’s number one Left-watcher, Mélenchon is just 2.5 percentage points below the number needed to enter the second round against Macron.

The conventional wisdom since the race for the second round began last autumn was that it would be a battle of the Right, the ex-banker Macron against the racist rightist, Eric Zemmour or the nationalist rightist, Marine Le Pen, or perhaps the establishment rightist, Valérie Pécresse.

But there is a growing sense that maybe the French want a real debate in the second round before the final vote on Sunday 24 April, two weeks after the first round elimination ballot on 10 April. They don’t want a re-run of 2017 — Macron versus Marine Le Pen. As in the past, most would prefer a proper debate between the Right and Left in France. That is how in 1965 François Mitterrand, then a minor and discredited sort-of Socialist, got into the final run-off with General de Gaulle. Ever since, except in 2002 and 2017, the contest for the French presidency has been fought between the Right and the Left.

The very division of Right and Left comes from the French Revolution, when the radical republicans sat on the left of the National Assembly hemicycle and the more cautious, bourgeois Catholic representatives sat on the right side.

Now there is a sense that if France wants a real debate, Macron versus Mélenchon would provide a choice of two broad economic, social, cultural and foreign policy issues rather than a walk-over win for Macron against the identity politics of Zemmour or Le Pen. It is not that Mélenchon stands any more chance of winning than his friend Jeremy Corbyn did against Theresa May in 2017 or Boris Johnson in 2019. But at least there would be two visions of France’s future on offer.

Like Jeremy Corbyn, Jean-Luc Mélenchon, 70, has espoused every Left-wing idea as it came along. He spoke at the Momentum conference  “A World Transformed”, held in parallel with the Labour Party conference in 2018, alongside Corbyn and Chantal Mouffe, the theorist of left-wing populism, as well as Ken Loach, Paul Mason, Ash Sarkar and other luminaries of London’s left of the Left. Mélenchon was given the accolade of a long profile-interview in the New Statesman as the new future of the left in Europe.

He held office as a socialist education minister under Lionel Jospin, France’s Socialist Prime Minister 1997-2002. But like Ken Livingstone or indeed Corbyn himself, Melénchon jibbed at social democratic reformism and wanted to strike out with bigger demands. These include much higher taxes, leaving the EU and Nato, condemnation of the US, endorsement of Putin’s intervention in Syria and support for the Maduro dictatorship in Venezuela.

This might be called Le Monde Diplomatique politics, after the French monthly which is far to the Left of any mainstream French paper. There is still a big French audience for this view of what France and world needs.

Mélenchon created his own party, La France Insoumise (roughly “the France that does not submit”), which under proportional representation has seats in the French and European Parliaments. As the two main parties of the post-war Left, the Socialists and Communists faded, what might unkindly be called the Guardianistas of France lent Mélenchon their votes, in order to have a loud acid-mouthed critic of the elite establishment in France — whose man in the Elysée is Emmanuel Macron.

If enough of them lend Mélenchon a vote — what the French call “une vote utile”, a useful vote — it will get him into the second round with Macron. He has tempered his pro-Putinism and condemns the invasion of Ukraine. But he also blames NATO and Washington for provoking Putin with the idea of American-dominated forces in Ukraine on Russia’s border.

That view is shared by liberal big-wigs in America like Tom Friedman, the geo-politics commentator of the New York Times, or Sir Simon Jenkins, the English pundit-in-chief of the Guardian. The French may jib at Mélenchon’s pro-Putinism, but Eric Zemmour and Marine Le Pen are much bigger fans of the Kremlin war criminal and, unlike the ruling Tory party in England, there is no evidence of Mélenchon taking money from Putin’s oligarchs.

If Mélenchon does make it to the second round, it will make for a much more dramatic and interesting French presidential election than it has been so far. But Macron will still win.