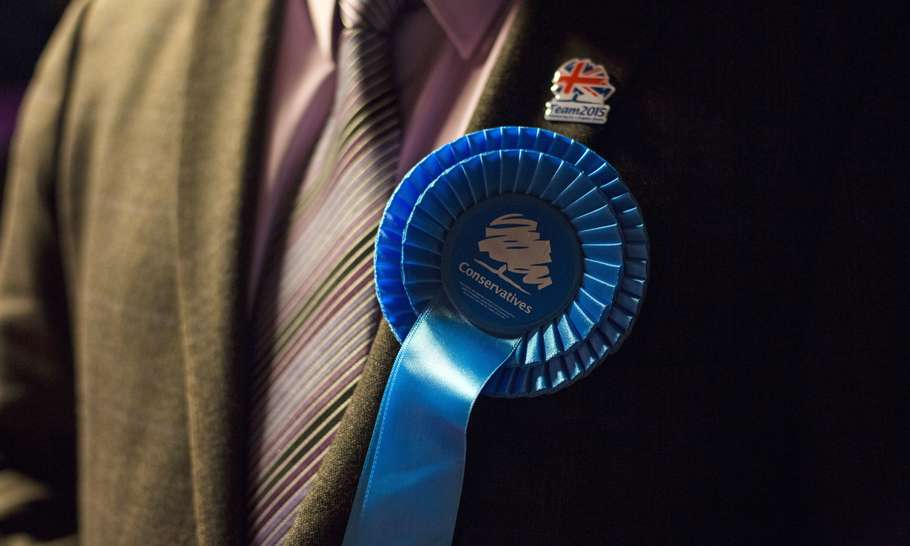 The local elections have been interpreted as a stunning rebuke by voters to the Conservatives (and Labour) over the deadlocked Brexit process. For the backbone of the Conservative Party – activists, officials and local councillors – the episode has involved a whole other level of pain that bodes ill for the party’s future.

Relations between CCHQ and the voluntary party have never been easy, with members often feeling sidelined for their real or imagined traditionalist positions. After a local elections catastrophe exceeding the worst predictions, they must be wondering whose side the party establishment is on.

The government failed to deliver its only significant policy of taking Britain out of the EU, which some 70% of party members voted for. Spurning both supporters and opponents of her Withdrawal Agreement, the Prime Minister sat down at the eleventh hour with a Leader of the Opposition she has long deemed unsuitable for office, to negotiate a red-line obliterating compromise.

Brexit frustrations have been freely vented on the doorstep. One campaign team in the South East, reported Harry Phibbs in ConservativeHome, thought about calling a halt to canvassing in case it was doing more harm than good. In the South West, activist Peter Barnes had never seen such push back in 10 years of Tory campaigning. Anger for Theresa May was most notable, he reports; “Remain voters hated the Conservatives more, Leaver voters pointed to Parliament more, holding all politicians with the same disdain”. Despite their exasperation, few told him that they wouldn’t vote: Leavers, as well as Brexit opponents, seemingly flocking to the Lib Dems and Independents.

Rebecca Ryan, founder of the grassroots #StandUp4Brexit campaign, who lost her race for a Rochester West seat narrowly last week, describes how after the Chequers Agreement, “anyone supporting a real Brexit were quite shockingly spun as rebels and extremists, in a preview of how it’s been since then”. The hostility is particularly challenging, she says, when polling shows that since 2017 70% of Conservative voters have been Brexit supporters, so activists are in sync on the issue.

For Mark Allatt, former General Secretary of Thatcherite campaign group Conservative Way Forward, the problem is “beyond Brexit”. The issue typifies the party’s development into a “big state, authoritarian, nanny-knows-best, high regulation, pro-EU” beast, antithetical to what he recognises as Conservative values. John Strafford, chair of the Campaign for Conservative Democracy, is at pains to establish that his campaign to bring a vote of no confidence against Dominic Grieve was on point of principle, to restore the membership’s independence and voice that were diminished under the party’s 1998 constitution.

Looking at results in his former Clacton seat, Douglas Carswell, the first Conservative MP to cross the floor to UKIP, identifies that people were “voting for those most different from the existing order”. The botching of Brexit, he argues, has woken people up to “the sheer mediocrity of most politicians.”

“The instincts of many Conservatives is to be conservative: ‘strong and stable’” he says. “If people are buffoons and clowns, it’s profoundly threatening to your market offer”.

Carswell prescribes a radical-minded new leader prepared to take on the upper echelons of Whitehall with a clear Brexit plan, and a wider culture change. “Modernisation was supposed to be making the party relevant. It became about elevating A Lister lightweights into jobs of which they are incapable”.

None of this is to dismiss the importance of a different Conservative school of thought around ‘getting on with Brexit’, particularly among those charged with local budgets. Had the Prime Minister pursued and achieved a different kind of Brexit such as a Norway-style arrangement, it would have had the virtue of being decisive and conducive to good government; as would a No Deal Brexit on 29th March.

“Whatever central government wants, local government will always adjust – but we have to know what that world is” says Local Government Association chair and Lincolnshire councillor Lord Porter. “God forbid we are in limbo-land in four years”.

The scandal of the night was the cancellation of elections in Northamptonshire in the wake of the county council’s financial collapse, pending its replacement by two new authorities. Keeping the same councillors in place for another year seems even more questionable given the government’s acquiescence in costly European elections on 22nd May.

Conservative losses were heavy in some areas of the country in the gravest financial difficulties, including three Somerset authorities losing 73 Tory councillors between them: but deep cuts have been made almost everywhere. Conservatives may be much less likely to be motivated by cuts and rising service charges – Professor Tim Bale’s research last year found only 11% of Conservative voters thought “austerity had gone so far”, although significantly more 2015 Conservative-UKIP switchers did; pinning down exactly what makes up voters’ minds is impossible.

What is clear is that cuts have caused huge worry for Conservative office-holders, driving another wedge between them and the national party. “Each year [of funding cuts] has been more difficult than the last” wrote North Somerset group leader Nigel Ashton, who last week lost 23 councillors and control of the council. “None of us came into local government to make these cuts”. “The government model for funding local authorities is broken” Somerset county council leader David Fothergill told the media, rebuking Bridgwater’s Conservative MP Ian Liddell-Grainger for “ignorant” accusations of council wastefulness.

Two hours away down the M4, Woking has introduced astute money-conscious innovations, such as acquiring office blocks to keep commercial activity in the town centre and pioneering a “pay as you earn” deposit for social housing tenants, to preserve affordable housing stock. But the town is feeling the strain from Surrey County Council’s £85 million cuts for 2019/20, plus a population skewed towards the young and pensioners with significant public services needs, and congested roads. Both county and borough council tax precept have increased by 3% this year. “Why should we keep raising taxes on Surrey? We are the highest contributor to the Treasury outside London” says Conservative borough and county councillor Saj Hussain. In veteran London Conservative Andrew Boff’s assessment, the public still understands the need for austerity, but more than 10 years since the crash, opinion will soon turn: storing up problems for parties who don’t embrace putting money back into local government.

Former Enfield MP Nick de Bois asks party bosses to respect activists’ instinct to be loyal, and put “new energy and commitment” into working with them. And indeed given how marginalised and insulted the Conservative base has been, there’s no shortage of passion in their ideas to bolster the grassroots. End the “daft” 1998 leadership contest rules and allow members to vote on a variety of candidates, argues Andrew Boff. Medway council candidate Robbie Lammas wants Eric Pickles’ proposal to require all Associations to have two officers under 35 taken up, and IT communications with members radically overhauled. Peter Barnes calls for a Momentum-style activist training camp. Rebecca Ryan thinks the entryist Momentum model is completely inappropriate, and wishes the party focused on people in their 30s and 40s, not the under 25s.

But 1334 councillors have lost their posts, for reasons very largely beyond their control. Euro elections where at least 40% of Conservative councillors have said they will vote for the Brexit Party are little more than a fortnight away. An entire county organisation (Derbyshire) have said they won’t campaign for the Euros, and more than 70 local association chairs have called for an Extraordinary General Meeting to declare no confidence in Mrs May. The Labour Party’s existential problems – finding expression in the party’s Brexit position but running far deeper and all the way to the top – are well known. The Conservatives have them too, and need to do something about it, fast.