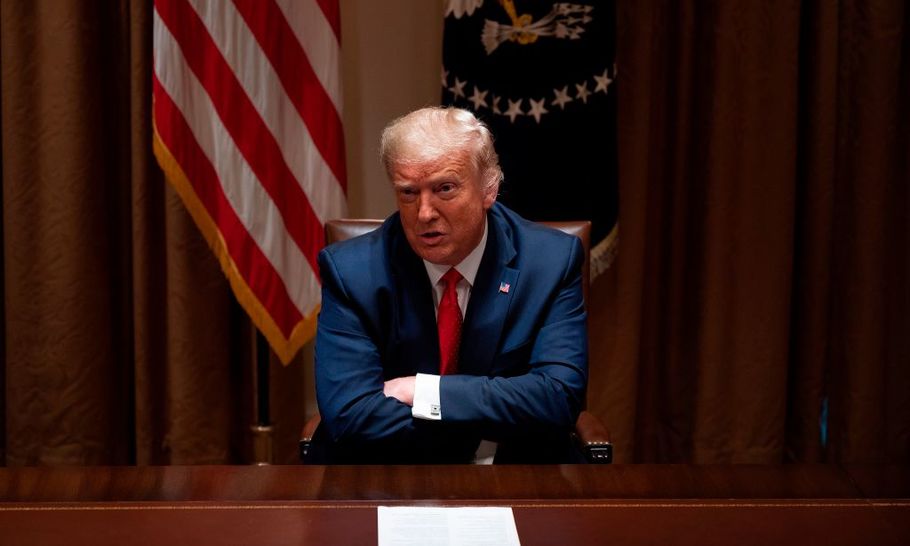 Today, buried in the detailed statistics published each day by the New York Times, is something that should terrify Donald Trump.

Until this week, the President could make the case that his strategy for tackling coronavirus was working, even though the number of people newly reported to have the disease has more than doubled since mid June. Week by week, the number of deaths continued to fall. The President could claim that the war against Covid-19 was being won, and that the reported rise in infections was an illusion, caused by more testing rather than a rampant virus.

In the past week, the news from some states has cast doubt on this. Florida and Tennessee have recorded their highest number of deaths in a single day. On both states, and in Texas and Arizona, hospitals have been overwhelmed. But Trump could cling onto the national story of steady progress towards the early defeat of the pandemic.

The NYT doesn’t say so — perhaps it is being cautious and waiting for a few more days’ data — but today’s graphics suggest that Trump’s defences have been breached. One chart shows the day-by-day death toll, together with the seven-day rolling average. That average provides the key number. In the US, as in Britain, fewer deaths are reported over the weekend. The seven-day average smooths the weekly peaks and troughs and provides a clearer picture.

Until this week, the story told by this average was straightforward. The number of daily deaths peaked at 2,228 on April 15. It then fell steadily, down to 471 this past Sunday, July 5. This is how the rolling seven-day average has moved since then: July 6: 479; July 7: 547; July 8: 591; July 9: 607. This is the first time since April that the rolling average has increased on four consecutive days, and by almost 30 per cent. (A smaller, two-day, increase at the beginning of June was quickly reversed.)

Now, it’s possible that we are seeing a temporary blip. The individual figures for Tuesday, Wednesday and Thursday this week have been the highest for single days for four weeks. Perhaps the next few days will see the numbers subside once again.

However, here is a reason why we are not seeing a blip. On average, Covid-19 can be detected around a week after a victim is infected. Those who die do so — again, this is an average — around three weeks later.

So: let’s return to America’s national infection figures. These were at their lowest in mid-June. Three weeks after that takes us to the start of this week. The rise in the death rate is taking place precisely three weeks after the infection rate started to rise. The latest figures are important and, of course terrible for the families affected; but they should not be a surprise.

Politically, of course, their impact could be huge. If the pattern continues, the daily death toll in the US will continue to rise. Whether they will more than double, as the infection rate has done, is not clear: it seems that younger people make up a higher proportion of victims than three months ago, and more of them should be able to recover.

Even so, if the death rate does continue to rise, then Trump’s hopes of declaring victory over the virus before election day will be well and truly demolished. Perhaps this is why the NYT is not yet proclaiming the message that’s contained in its own data. It wants to be absolutely sure that the trend of its figures really has changed. The next few days will tell us — and the President — if the story really is as this week’s figures suggest.