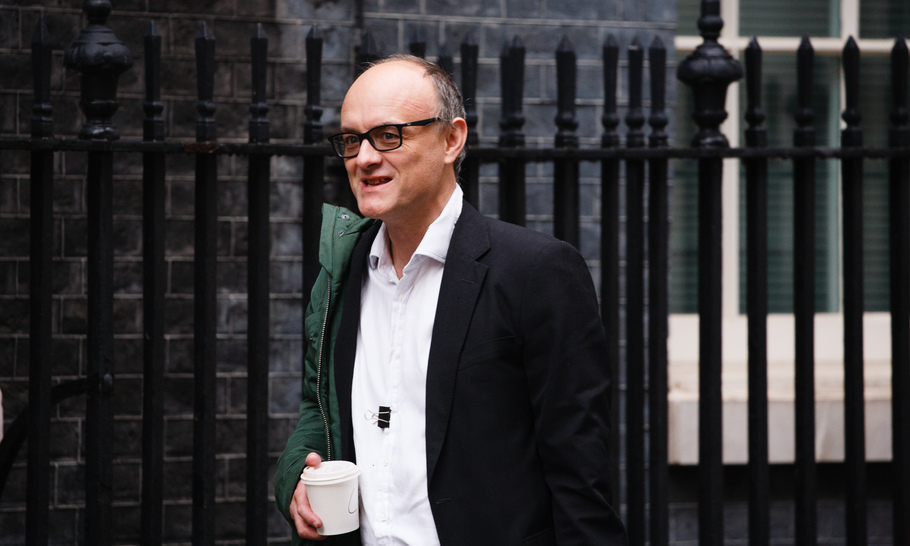 “I told him that this was ‘mad’ and totally unethical, that he had ordered the inquiry himself and authorised the Cabinet Secretary to use more invasive methods than are usually applied to leak inquiries because of the seriousness of the leak. I told him that he could not possibly cancel an inquiry about a leak that affected millions of people, just because it might implicate his girlfriend’s friends.” Dominic Cummings

If you poke a rattlesnake with a stick, don’t be surprised if it bites back. Somebody in Number 10 thought it was a good idea to leak suggestions that Dominic Cummings was engaged in systemic leaking to shaft his former boss. Whoever that person is, they need a lesson in wildlife management.

Dog eats dog is more than a cliché. Animal cannibalism is rife in nature. It is equally prevalent in politics, though the current outbreak is especially brutal. The new Tory revolution is devouring itself.

And yet we now find ourselves in the extraordinary situation where, despite growing evidence of moral turpitude in Number 10, ministers can gleefully point to the polls that show the Tories well ahead of the opposition.

Why is this, does it matter and will it change?

There are two possible explanations to the first part of the question. The first is that the country is so numbed by a year-and-a-half of death, so bruised by the economic effects of the lockdown and so desperate to get its life back that nothing else matters.

The second is that people simply don’t care if their government is debased by questionable behaviour as long as the economy recovers and their personal well-being is not affected. There is some truth in both these assertions.

Does it matter? Call me old-fashioned but yes it does. In his excellent, short polemic The Assault on Truth Peter Oborne makes the point that this kind of cynicism is not just lazy — it’s dangerous. Treating all politicians as liars is a license for those who make a habit of lying to do as they please. Lying is not a victimless offence.

You may be OK with Johnson’s chaotic “Boris is just being Boris” behaviour: perhaps because he has delivered Brexit; or because he represents the kind of free-wheeling, free-market approach you like; or because (more questionably) you believe his tub-thumping patriotism is genuine – or at any rate more so than someone on the Left. In which case you should bear in mind that chickens come home to roost: Tony Blair’s Iraq war comes to mind.

Will this change anything and what are the possible outcomes?

A palace coup is possible but unlikely unless this growing stench is reflected in a disastrous result of the upcoming local elections. Too many in the present government are made in Johnson’s image. Johnson has remained loyal to his close allies – Hancock, Jenrick, Patel, Raab, Sunak – precisely because they have remained loyal to him. If there is a Cassius in the nest, ready to wield the knife, it is likely to be Gove.

Keir Starmer has so far failed to cut through. The sleaze factor now rivals the parliamentary expenses scandal of 2009 that shook the British political system to its foundations. Cronyism may yet turn out to be Johnson’s duck island but Starmer needs to up his game if he is to exploit it.

One must also question whether the blow to public confidence in politicians as a result of the expenses scandal (which resulted in some MPs going to jail) was so serious that it has left us with a concussion that has deadened our sense of outrage.

An economic bounce-back as the lockdown eases, warm summer months and a return to life as we remember it will help Johnson. His best ally in this is also his greatest rival: Rishi Sunak.

There are other factors that could rock Johnson’s boat. A victory for the SNP in the Holyrood elections next month would give Nicola Sturgeon a mandate to argue for a new referendum on Scottish independence. The latest polls suggest the SNP will end up shy of an overall majority. This would allow Johnson to claim that, despite Brexit, nothing much has changed.

But in one sense, the Scottish referendum issue is a red herring: merely a part of a bigger and perhaps more significant story. This is the slow but steady erosion of Johnson’s view of the Union as a monolithic bloc dominated by England and a corresponding weakening of his own authority. Johnson has one tune in his repertoire.

While Wales, Northern Ireland and Scotland have a clear purpose within the Union (even if Ulster is on a slow, irreversible trajectory to a single, united Ireland), England has yet to find its voice, now that it is clear that it does not speak for Britain.

It’s sometimes said that the Tory faithful like their leaders to be buffoons or bastards. This is a little unfair. But Tory leaders do seem to be unusually prone to scandals that come out of the blue, as it were. Harold Macmillan and the Profumo affair. David Cameron and Lex Greensill.

Johnson has a rock-solid majority in the Commons. Predictions of his demise are premature, despite a catastrophically poor pandemic and more U-turns than a big dipper.

But it’s worth remembering what Macmillan is supposed to have said when he was asked what the most troublesome part of being Prime Minister was: “Events, dear boy, events.”