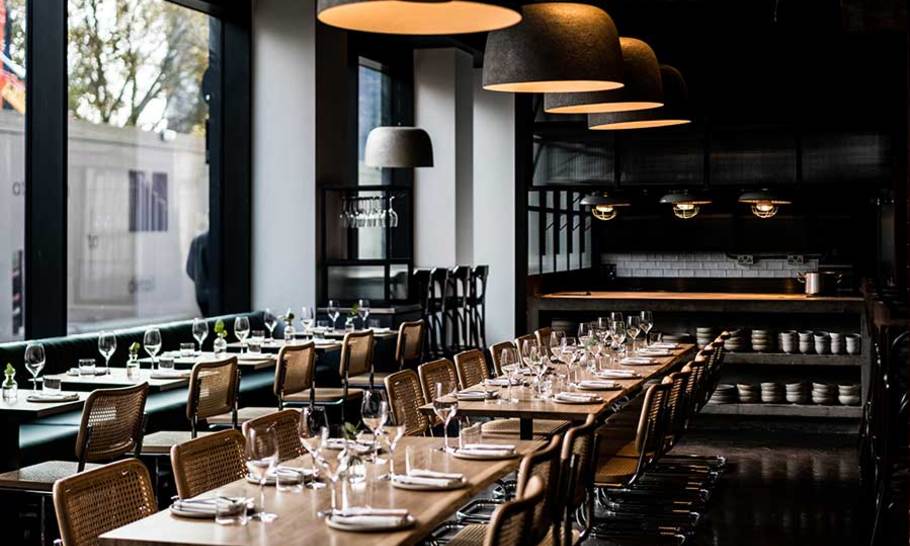 For reasons that should be more than obvious, there are two styles of Irish food. On the one hand you have country house cooking of the sort made famous by Myrtle Allen when she opened Ballymaloe House in 1964, and on the other you have the most basic, but wholesome, food of the Irish cottage: simple things prepared on and in a coal or peat fire, from brown or soda bread, to lamb and beef stews, coddles and boiled bacon and cabbage.

There is still the odd Irish pub that will give you a steaming bowl of beef stew, or put out plates of crubeens or pigs’ trotters on Sunday, but they are becoming increasingly rare. My mother tells me that when she toured Ireland as part of a repertory troop in the late 1940s, she was amazed at all the meat she saw after the years of wartime and post-war austerity in London, but it was hardly stylishly prepared. Country house cooking was really the domain of the Protestant Ascendancy, and as such, was not so very different to what rich, landed people ate over here.

Ireland’s huge advantage was, and is, its raw materials: its lush, well-watered pastures that provide wonderful beef, lamb and bacon, its unpolluted rivers that certainly used to brim with salmon, and its coasts with their abundance of fish and above all shellfish.

A good chef will find pretty well anything he or she needs in Ireland, and County Meath-born Richard Corrigan is that good chef. I have been studying Corrigan since the 80s, when he used to operate from a dark basement called Mulligan’s in London’s Cork Street. I remember how we all flocked to his door for the black pudding which he made with imported pigs’ blood.

He went on to win a Michelin star at a restaurant in the Fulham Road and again at Lindsay House in Soho, which he opened in 1997. Since then he has returned to his roots and opened Virginia Park Lodge in County Cavan. There, he grows the vegetables for his various restaurants, most of which are in London: the venerable Bentley’s in Swallow Street with its off-shoot in Harrods, Corrigan’s Mayfair and most recently, Daffodil Mulligan in the City.

Daffodil Mulligan opened last month. It is a big, modern ground floor space just north of Bunhill Fields. When I visited this Thursday, Corrigan was leading a team of half a dozen chefs in the open plan kitchen, while another trio looked after the bar. The focus of the operation is a wood-burning stove on which much of the food is cooked.

Corrigan’s food is modern but unpretentious. He has branched out, but there are still plenty of nods to Ireland: from Gibneys Stout from Malahide, Cork Dry Gin and tonic, Jameson and ginger, black velvet, Killahora Orchard perry and Longueville House apple brandy to the brown bread baked in the basement in Swallow Street and the wonderful white butter they make there from imported buttermilk. There are crubeens with mashed potatoes and mustard, oysters from Carlingford Loch, collar of bacon with Soubise (onion) sauce, and those super-fresh vegetables from the old estate of the Marquis of Headfort in Cavan.

I tried a large number of things: some whipped, smoked cod’s roe, purple sprouting broccoli, delicious West Mersea natives and a rather soft Carlingford pacific oyster together with cherry clams from Dorset (these were new to me — and sensationally good), some langoustines (calling them Dublin Bay prawns would most likely put any one off who had ever seen the waters of the bay in question) with a lemony mayonnaise and excellent soused herrings.

A red mullet was perfectly cooked in the wood-burning oven and came with a salad and a little bit of garlic purée which tasted lovely with the fish, but I saw people giving me a wide berth at an office party later. This was followed by a spatchcocked partridge with mangalitza black pudding, crushed swede, a little cake of chopped kale and caramelised apples. There was a bit of buttery broth and the kale had been spiked with a smidgen of chilli. I was pleased to see the famous black pudding again, but Corrigan’s son (another Richard) told me that it came from a pig breeder in Yorkshire.

I was flagging a bit by the time I got to the cheese: Durrus from Cork, is a washed rind cheese with a slightly gelatinous texture made after the model of an Epoisses, but not as gooey. I preferred two blues from Tottenham in North London, of all places, although I gathered they were only made in Tottenham — the milk came from elsewhere. This was followed by a meringue with Christmas spices: crunchy on the outside, creamy within and at its centre finely chopped apples in cranberry juice with saffron. The dish was modern again, but there is an Irish tradition at its heart.

As it is almost Christmas I drank champagne — the Carte Noir from Jean-Paul Deville (£12.50 by the glass) and an excellent red Roc des Anges from the Côtes Catalanes (£50 a bottle). With the meringue I had a glass of a sensational dry oloroso Gobernador from Emilio Hidalgo (£12.50).