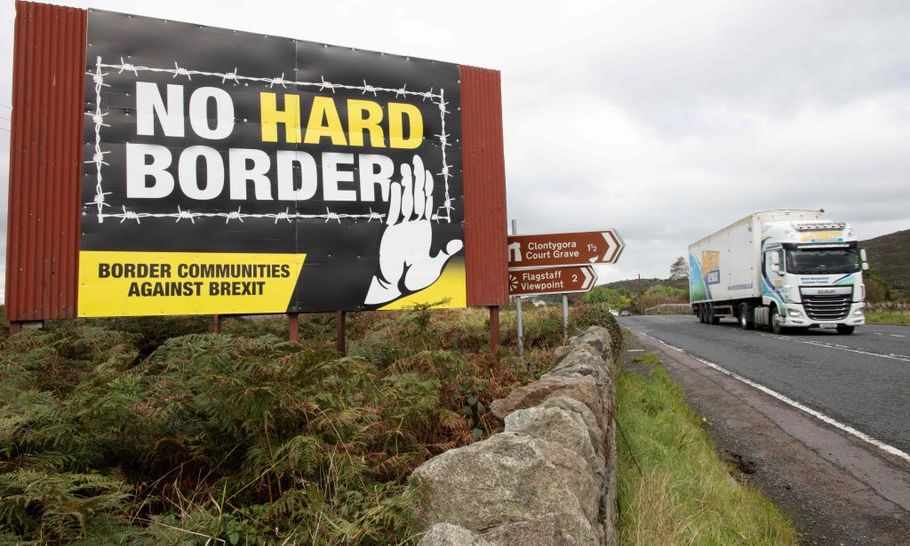 Boris Johnson may have damaged the Union quite seriously in the fourteen months that he’s led the UK, but in that respect he is a neophyte compared to Tony Blair. The former prime minister forced Britain to undertake an ill-conceived experiment in devolution that has steadily loosened the constitutional ties that bind together this nation.

If separatists ever succeed in breaking apart the United Kingdom, they should toast Labour’s election victory in 1997 before hailing any other event. That was the moment that made their unremitting campaign of grievance-mongering possible, even if its outcome is still far from inevitable.

Yet, it was Blair and his predecessor, John Major, who together wrote an article in this week’s Sunday Times, accusing Johnson of endangering the Union and jeopardising peace in Northern Ireland, by introducing the Internal Market Bill (IMB) to parliament. This legislation threatens to rip up parts of the Brexit Withdrawal Agreement that could be used to impose tariffs and paperwork on Ulster companies buying goods from Great Britain.

It’s important to emphasise that it will not prevent a trade border from pulling Northern Ireland away from the rest of the UK economy. The government does not contest the requirement for the province to remain in the single market for goods and agriculture. Nor does it dispute the application of the EU’s customs code on part of its sovereign territory.

While Westminster was consumed by arguments about whether the IMB broke international law, in Belfast, Northern Ireland’s agriculture and environment minister, Edwin Poots, discreetly instructed his civil servants to resume implementing an Irish Sea border. The DUP man wrote to his officials last Wednesday, instructing them to stop the work, but his seeming resistance to Ulster’s estrangement lasted less than one week.

Like most unionists, Poots is clearly appalled by the barriers that will be erected between Northern Ireland and its most important market in Great Britain, but his department continues procurement aimed at building infrastructure and operating checks. His party leader, Arlene Foster, was criticised for telling Sky News that the DUP will have to accept the Withdrawal Agreement, in an interview broadcast days before the IMB was published.

The new legislation, which contains measures designed to protect free trade within the UK, conflicts with two aspects of the Northern Ireland protocol. Firstly, it allows government ministers to waive the requirement for Ulster companies to complete exit declarations and other procedures, when they sell goods to Great Britain. Although these sales are not entering its single market, the EU says this paperwork is necessary under its customs code.

Secondly, because the protocol extends Brussels’s state aid rules to Northern Ireland, the bill seeks to prevent these regulations seeping out and affecting the rest of the UK. It asserts ministers’ right to decide how these laws are applied and stipulates that only the government can decide which decisions are sent to the EU for adjudication.

It’s legitimate to question whether the IMB is the right way to go about tackling the protocol, and whether its provisions are sufficient. It’s certainly not reasonable to attack the government for undermining the Belfast Agreement or damaging the “peace process”.

Most of the critics venting their sanctimony about Boris Johnson’s intention to “break international law”, showed no more concern than he did about the Northern Ireland protocol hiving off one region of the United Kingdom. While signs of regret from the prime minister and his supporters in the Conservative Party have come far too late, at least they see a problem with shafting unionists and disfiguring the United Kingdom.

There has never been a credible argument to support the idea that the protocol is needed to protect the Belfast Agreement. This fallacy has been driven by people who are committed to weakening the province’s links with Great Britain and drawing it closer to the Republic of Ireland. They never mention the principle of consent, which underpins everything else in the agreement, and determines that, until its people decide otherwise, Northern Ireland will remain an integral part of the United Kingdom.

The concerns of Irish nationalists happen to have coincided in this instance with the pragmatic needs of European Commission negotiators and pro-EU politicians like Blair and Major. But be under no doubt; this type of thinking interprets the Good Friday accord in a simple way that has nothing to do with the text. If a policy advances the cause of an all-Ireland state it’s definitely, irrefutably required by the agreement, and if it strengthens the United Kingdom, it’s an ungodly affront to the peace process. There’s a reason that US politicians like Congressman Peter King, who described the IRA as “the legitimate voice of occupied Ireland,” is writing threatening letters to the government at Westminster over this bill.

But even if the IMB is a genuine attempt to defang the appalling Withdrawal Agreement rather than a negotiating tactic, Boris Johnson still has some very important questions to answer. If the Northern Ireland Protocol was so unacceptable (and for anybody who cares about keeping the UK together, it certainly was) then why on earth did he agree to it? Why did he then misrepresent its contents and claim that it wouldn’t create an Irish Sea border?

Was he naive enough to believe that the EU would simply drop the most obnoxious aspects of the deal, like tariffs on goods deemed “at risk” of entering the single market through Northern Ireland, or unnecessary paperwork? Did he really not believe Brussels would dare to use tactics like threatening to impede food supplies to part of the UK? Did he, perhaps, not even understand what the agreement entailed?

Perhaps more troubling, did he appreciate the protocol’s impact fully, but proceed anyway, because a deal was necessary to win an election? It would be fair, if that were the case, to say Johnson knowingly gambled on the potential breakup of the UK, for selfish political purposes.

There is one thing for sure — the people who are defending the Withdrawal Agreement most adamantly, as opposed to those worried purely by the possibility that the UK may knowingly break international law, are not interested in protecting the Belfast Agreement. They are concerned only with maximising the protocol’s potential to damage Northern Ireland’s place in the UK. And, for them, that’s always what an Irish Sea border has been about.