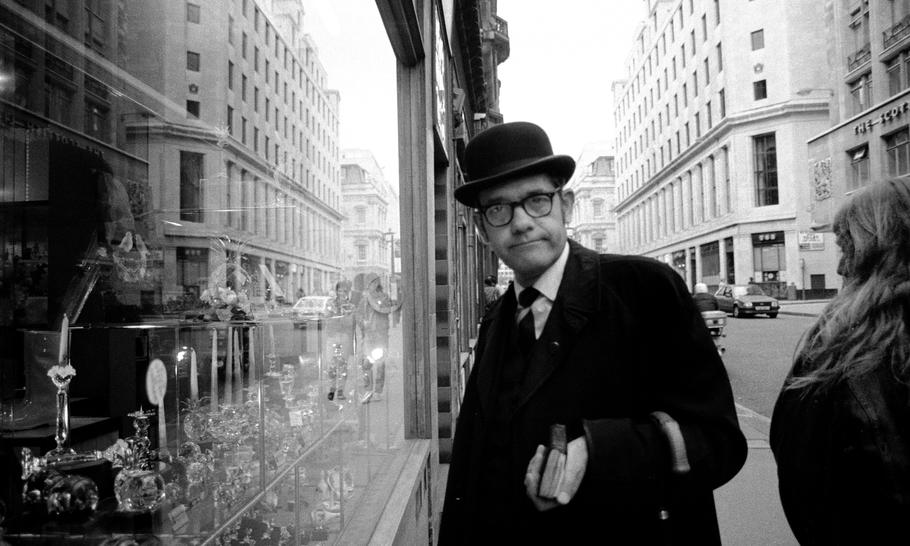 Tourists tend to have stereotypes about national character — the English are snobs, the French stylish, Germans serious, Italians joyous, or some variations on that list. More interestingly, deep thinkers also have much to say on this topic, sometimes writing weighty tomes on the matter. Have historians, sociologists and anthropologists of Europe reached a consensus on those national characters? What about their nearest neighbours in the Middle East? A brief survey finds utter chaos.

The English, to quote my own review of distinguished authors such as David Hume, Ralph Waldo Emerson, and George Orwell, are simultaneously held to be “serene and moody; brotherly and conceited; fair and greedy; haughty and deferential; hypocritical and noble; stolid and humorous.” In short, the combined wisdom of “groaning shelves of books and articles on the English national character, many written by distinguished figures… amounts to a massive contradiction.”

The French have a reputation for cold logic and mathematical precision. Others call the French vain, passionately amorous, and full of joie de vivre. Oddly, William McDougall, who studied with C. G. Jung and taught at Harvard, finds their “sociability and sympathetic character” causes France to be centrally organised. Beyond such details, the great short story writer Guy de Maupassant dwelt on — of all things — the moustache. This he found “French, altogether French. It came from our ancestors, the Gauls, and has remained the insignia of our national character.” Make what you will of that.

Germans have been described in many ways: poetic, sentimental, reverential of tradition, morally earnest, logical, inclined toward abstract thinking, authoritarian, obedient, proud, strong-willed, reserved, thorough, and pedantic. In 1892 Otto Pfleiderer, an influential German theologian, hailed them for concentrating on “the inner life of emotion and imagination” and becoming “entirely absorbed” in their own existence. A mere half century later, an English professor of medieval history assessed them as “a people always warlike, always aggressive, an Esau among nations, a rogue among elephants… a people torn internally by truceless feuds, lacking in unity, devoid of political sense, addicted to violent crime and bottomless treachery.” In 2022, the 1892 reputation seems again more apt.

Italians may have a global reputation for being expressive, emotional, and artistic, but the grandest historian of ancient Rome, Theodor Mommsen, memorably pronounced them, whether ancient, medieval, or modern, to be “deficient in the passion of the heart, and in the longing to idealise what is human and to give life to the things of the inanimate world, which form the very essence of poetic art… in the more perfect kinds of art they have hardly advanced beyond cleverness of execution, and no epoch of their literature has produced a true epos or a genuine drama.”

Contrarily, Scottish philosopher David Hume saw enormous change in Italians: “Candour, bravery, and love of liberty, formed the character of the ancient Romans, as subtlety, cowardice, and a slavish disposition, do that of the modern.” He judged Greeks similarly: “The ingenuity, industry, and activity of the ancient Greeks, have nothing in common with the stupidity and indolence of the present inhabitants of those regions.”

Comparisons between nationalities are yet more haphazard. Take the British and French. The great French novelist Honoré de Balzac proclaimed about 1840 that “the Frenchman is frivolous… as the Englishman is noble.” William MacNeile Dixon, professor of English and literature at the University of Glasgow, deemed the British thinking in 1915 not “so lucidly and logically” as the French. Morris Ginsburg, a leading sociologist, found the British less articulate than the French. Salvador de Madariaga, an eminent Spanish writer discovered in 1928 the core elements of national character: fair play in England and le droit (law) in France, from which he concluded that the English are men of action, the French men of thought.

Perhaps Middle Easterners can extricate us from this fruit salad? They began with a decidedly low opinion and without differentiating individual nations. In the 940s, the geographer al-Mas‘udi colourfully dismissed the “Franks,” by which he meant Western Europeans, as barbarians:

“Their humours have little warmth, their bodies are extended, their characters are dried out, their morals rough, their comprehension weak, and their tongues heavy. Their pallor is so extreme that they appear bluish. Their skin is delicate, their hair thick. Their eyes are also blue, matching their complexions. Humid vapors make their hair lank and reddish-brown. Their religions lack substance due to the nature of the cold and the lack of warmth. Those who live in the far north are the most stupid, useless and bestial; and these characteristics increase yet more the further one goes north.”

“resembling animals more than men… The cold air and cloudy skies [cause] their temperaments to become frozen and their humors to become crude; their bellies are extended, their coloring pale, and their hair too long, They lack keenness of understanding and acuteness of mind, they are dominated by ignorance and stupidity, and blindness of purpose is widespread.”

“Western man is a hard-headed materialist. He is fierce to deal with, he is by nature inclined to exploit others, and is ever ready to revenge himself on his enemies. He has lost the last trace of feeling and charity which Christianity bestowed upon him.”

Within Europe, Kawakibi distinguished between the Teutonic (which includes the Anglo-Saxon) who is “naturally tough. He regards the weak with disdain, as unworthy of existing. He considers force man’s highest virtue.” The Latin, in contrast, “is of mercurial character. Reason to him means overstepping limits; his life has little modesty in it; honor exhibits itself in gaudy apparel.”

An Ottoman jingle held that: “The Englishman is irreligious, the Frenchman soulless, the Hungarian inauspicious, the Russian perverse, the German merciless.” Modern Turks might casually refer to “the plotting Greek character.” The Iranian economist Jahangir Amuzegar characterised the French “as querulous, talkative, rational, snobbish, elitist; the Germans as orderly, disciplined, productive; the British as cold, crafty, self-controlled, deferential; the Russians as friendly, warm, tractable, patient, emotional.”