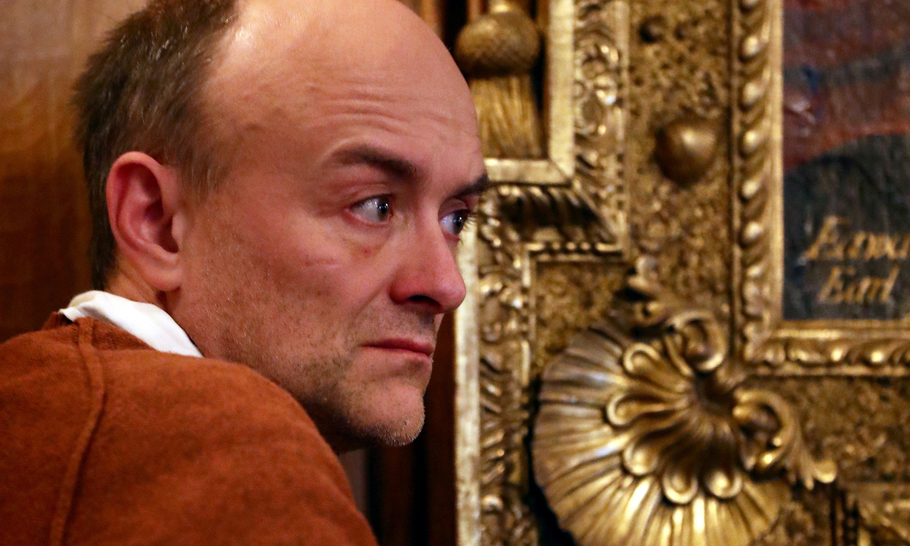 I am more aware than most that unelected Prime Ministerial advisers with eight-letter surnames beginning with C can have their power overstated, their motivations maligned and their words twisted and taken out of context.

So I start with the admission that I do not know whether the report in the Sunday Times — that Dominic Cummings outlined government strategy for the Covid-19 crisis as “herd immunity, protect the economy and if that means some pensioners die, too bad,” — is true.

Downing Street has denied it. This, I am afraid, does little to persuade me. The journalist who reported Cummings’s strategy, Tim Shipman, has a reputation as a go-to journalist in Westminster for people unloading background material. He is not someone known for his hostility to Boris Johnson or Dominic Cummings, not least I suspect because both are so useful to him. Any dealings I have ever had with him I have found him to be fair and keen to check facts.

So who to believe? The problem for Cummings and Johnson is that they have so much form on issues of trust and truth. There is no need to rehearse here all the proven untruths that led to Johnson’s many sackings, in his career both as journalist and politician, or to dwell on the famous lies, notably about Turkey, and especially money for the NHS, that helped Cummings and Johnson to win the EU referendum.

Their attitude has always been that if the lie helps you win, whether making up stories to further your career as a journalist in Brussels, or in a campaign to change the course of history, you go for it, because by the time people spot the lie, it will have served its purpose and the world will have moved on. It is an attitude that makes Cummings feel he can stick two fingers up to Parliament, and indeed be in contempt of the institution for which Brexit was supposedly about taking back control. (When MPs asked Cummings to give evidence to one of its committees, he refused to appear.)

Johnson knew exactly who and what he was hiring in bringing Cummings to the heart of power. It is his judgement, not Cummings’, that should be the focus of inquiry and scrutiny. There will have to be a very public inquiry when this looming catastrophe is over, and Cummings will not be able to evade questioning when summoned by a judge. That he would be a central witness is clear given he is such an important figure to the Prime Minister, the government as a whole, and crucially its policy on this, the most difficult multi-pronged crisis any government in our lifetime has had to confront.

He has form on this specific issue. A graduate in ancient and modern history, he sees himself as a man of science. Anyone who followed the referendum campaign and Johnson’s government since he became PM will be aware that Cummings shares the Michael Gove de haut en bas regard for experts. That scientists who have devoted their lives to studying epidemiology should know more than he does is not something he seems to grasp. Anyone who has time to read his long rambling blogs will know of his broad contempt for the civil service. His particular disregard for the Cobra process and the protocols developed to deal with government crises was spelled out by him in a blog last June, alongside his passionate depiction of a place in California called Dynamic Land. Feel the boyish breathless excitement pouring from his laptop as he types.

“You can scribble equations on a bit of paper, cameras in the ceiling read your scribbles automatically, turn them into code, and execute them — for example, by producing graphics. You can then physically interact with models that appear on the table or wall while the cameras watch your hands and instantly turn gestures into new code and change the graphics or whatever you are doing.

“I visited with a physicist who works on the cutting edge of data science/AI… he scribbled gravitational equations on paper and watched the cameras turn them into models on the table in real-time, then he changed parameters and watched the graphics change in real-time on the table (projected from the ceiling): ‘Ohmygod, this is just obviously the future, absolutely amazing.’ The thought immediately struck us: imagine the implications of having policy discussions with such tools instead of the usual terrible meetings. Imagine discussing HS2 budgets or possible post-Brexit trading arrangements with the models running like this for decision-makers to interact with.”

Imagine indeed. Is this why Brexit hasn’t been done yet, and HS2 is costing way more than it should? Because we didn’t put cameras in the ceilings of Cabinet Office Briefing Room A?

Cummings’s attitude — enabled, tolerated and indulged by Gove and by Johnson — is that Dom knows best. Johnson owes him, not least for the snappy slogans that helped him win the referendum, get rid of two Prime Ministers, and install himself in their stead. He owes him for a hard, brutal approach to strategy that helped him to defeat Jeremy Corbyn.

But Johnson, not Cummings, is the Prime Minister. Sometimes it feels like it is Johnson doing Cummings’s bidding, not the other way round. That is fine, up to a point, when the argument is about whether you use this slogan or that, appoint this minister or that, or deciding who you are willing to go up against in TV debates. It most certainly is not fine when you are talking about a global pandemic in which millions of lives are at stake and the word of leaders is an important lever not just in decision-making, but also in getting the public to change its behaviour. Should we really be surprised that someone who has done so much to undermine institutions, deride expertise, embrace populist slogans and take such a flexible approach to truth struggles to get everyone to follow when he tells them to stay at home?

The obsession with “nudge” thinking (it has its place but not in a crisis on this scale) and the dreadful mixed messages, day after day, at those word salad press briefings, have combined to dreadful effect. Even if the policy is right — and the jury is out on that — the communication has been awful. Instead of fantasising about ceilings and codes in Berkeley that can turn your hand gestures into models, Cummings could devote more time to getting a grip of these daily briefings and perhaps producing a few simple, clear graphics to help people better understand what is required of them and why.

He still has the backing of the Prime Minister and he still has friends and allies in the media. It was pretty remarkable that nobody even asked Johnson about his senior adviser’s reported comments at the latest briefing. I can’t help reflecting that, had a newspaper reported that I had said something similar, it would have raged across the news, sent several of the papers into apoplexy, and had Tory MPs — and a few Labour ones too — calling for my head.

I am not calling for Cummings’s head. In a crisis, the Prime Minister should be able to call on whatever support and advice he needs. But I am suggesting he winds his neck in, and understands that while he may be an expert in three-word slogans and using data to drive message in a campaign, these are not the skills required to deal with the challenge that now confronts his boss, the country and the world.