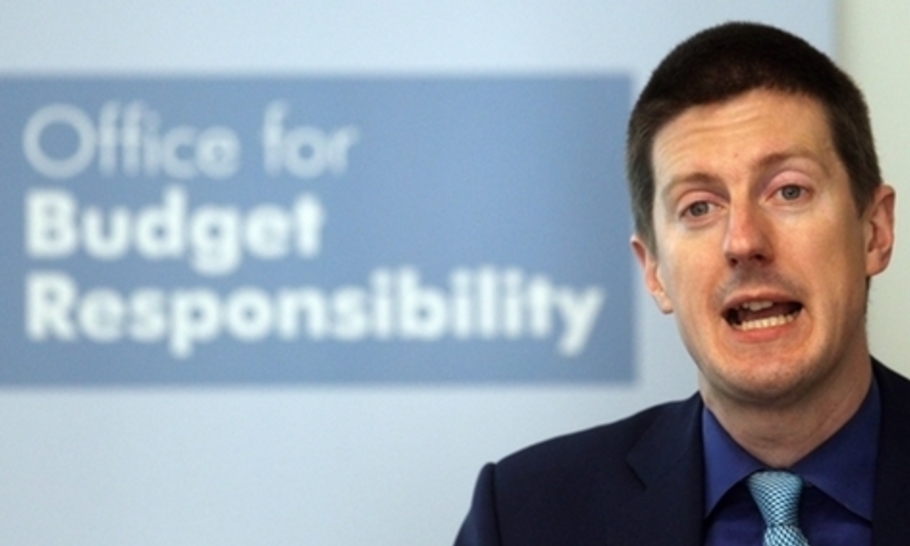 It would be difficult to imagine two more Kafkaesque titles than the Office for Budget Responsibility (OBR) and the Office for Tax Simplification (OTS). If they sound as though they had been made up by people who hated Whitehall officialdom, that is because they were. Both are designed to function as independently as possible. Both normally toil away in obscurity. Both branches of the vast oak of bureaucracy, however, are about to become rather more familiar to the general public — and not in a good way.

This week the OBR reported on how the coronavirus crisis has hit the public finances. The good news is that the economy is now growing again. The bad news is that it has still shrunk by a quarter — “the largest decline in annual GDP for 300 years” — and the measures taken to prop it up have holed the ship of state below the waterline. The OBR’s assessment was apparently done before the Chancellor’s Summer Statement made the hole even wider.

The bottom line is that the “structural fiscal damage” sustained during the pandemic is likely to be permanent. By 2025, according to the OBR last March, the budget deficit was forecast to be 2.2 per cent of GDP. It now estimates that this figure will have doubled to 4.8 per cent.

What this means is that the Treasury is drowning in debt. Borrowing this year is expected to reach £322 billion, “the highest peacetime level in 300 years”. The national debt will rise to £2.2 trillion by 2025, more than 100 per cent of GDP, and will probably continue to grow indefinitely. By 2070, the OBR predicts, debt will exceed 400 per cent of GDP. Before the pandemic, that figure was 290 per cent.

Looking half a century ahead may seem both risky and remote, but that is the OBR’s job. The cost of servicing public debt on this scale will weigh heavily on millions of younger people, not to mention those yet to be born. The OBR is now treating the debt burden as one of the country’s long-term “key risks”, alongside the ageing population and the associated costs of health and other care. The more we as a nation have to spend on paying interest on the national debt, the less we will be left with to pay for our parents or ourselves.

What is to be done? This is where Budget Responsibility meets Tax Simplification. In the minds of politicians, “tax simplification” is usually a euphemism for “tax rise”, just as “budget responsibility” is usually a euphemism for “budget irresponsibility”. Officials at the OTS have the unwelcome task of coming up with fiscal proposals to plug the gaps left by popular but profligate policies — such as Rishi Sunak’s ingenious schemes.

According to an unnamed Treasury source in the Times, the OTS has been asked to carry out a review of Capital Gains Tax (CGT). This is a fiendishly complex area of the tax system. It keeps thousands of officials at the Revenue and Customs and even more thousands of tax accountants and financial advisors busy.

The Times Treasury source claims that reviewing taxes is “standard practice” and “CGT reform is not in our sights”. But many experts have been expecting the Treasury to do precisely that for years. Because most people who pay CGT, often when selling a second home or rental property, also belong to the minority of higher-rate income taxpayers, it is seen as low-hanging fruit. Raising the relatively low rates of CGT to align with income tax rates could be presented not as a fiscal simplification, but as a fair one, too.

It would also, for the Treasury, be highly lucrative. Over five years, such an alignment of CGT with income tax would raise some £90 billion. This would go a considerable way to meet the OBR’s estimate that an additional £60 billion of annual tax rises or spending cuts would be required to restore the public finances to their pre-Covid position.

However, tax rises also do collateral damage. Raising CGT rates and removing exemptions would alter behaviour in ways that are not entirely predictable. Small landlords, for example, would lose out, depriving “buy-to-let” of one of its few remaining incentives. On the other hand, a steep rise in the cost of selling a second home might freeze the property market. As with stamp duty, penal rates may bring in less revenue. By limiting the profit that homeowners could make on selling their main residence, correspondingly less would be available to the elderly to pay for their care. The burden on the taxpayer would therefore rise. Any policy that makes older people more dependent on the state is to be avoided like the plague — or Covid-19.

In any case, the knock-on effects across the board of much higher CGT would be considerable — and run counter to policies elsewhere. At present, entrepreneurs can sell their business free of CGT up to £1 million. If that exemption is removed and nearly half the profit is swallowed up in tax, many will choose not to start a business. Yet tax breaks for startups are a central plank of Government policy. It seems perverse to discourage entrepreneurs at a time when unemployment is forecast by the OBR to rise dramatically: it estimates that the true figure is already 9 per cent and will rise to around 12 per cent by the end of the year. Other central policies, such as “levelling up”, especially in the “ Red Wall” regions , or kickstarting the hospitality and retail sectors by encouraging people to go out and spend, also sit uncomfortably alongside a tax raid on property owners and entrepreneurs.

Any major fiscal reform is unlikely to be hammered out in time for the Chancellor’s next package of measures expected this autumn. But by next spring the deterioration in the public finances may force his hand. One way or another, we are all going to be affected by the cost of Covid-19. Many who feel they have been tightening their belts ever since the last crisis in 2008 will have to add a few notches. By the time this one is over, the abbreviations OBR and OTS may be all too familiar.