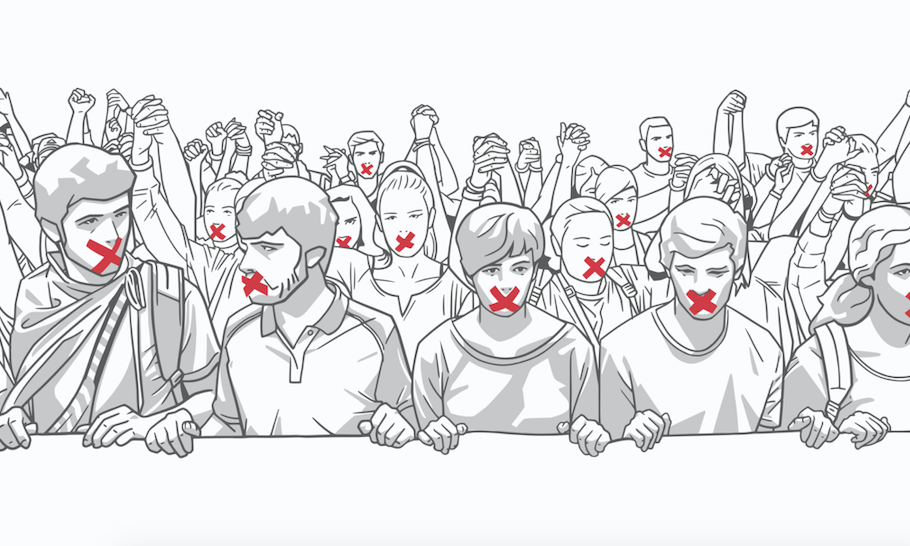 Remember the Harry Miller case? It was a rude awakening. Miller is an ex-police officer who, last year, received a call from the police who told him to “check his thinking”. Someone had complained about his tweets. Police now hold a record against Miller recording his various “hate incidents” (tweets). And the police won’t remove this record.

In the court case, the judge ruled that the Miller’s tweets weren’t even in the “foothills of harassment”, but the judge had to concede the validity of the police retaining them on record. College of Policing guidance requires that police forces retain records of “hate incidents”. So just one person can accuse you of a hate incident — say, a tweet linked to one of the five protected characteristics of race, religion, sexual orientation, disability and transgender identity. And no matter how trivial, or how unjustified the accusation is, you will have police record.

Then you have the case of Sarah Phillimore. Out of interest, she asked her local Wiltshire police force for the records it had on her. To her astonishment, she discovered that they held a file of her tweets. Her local police force described her as, “A barrister who has been posting hate about Jewish and transgender people”. This despite also noting that her tweets about Jewish people are not “overtly offensive”.

Given this dire situation, it might have been a cause for celebration to learn that the Law Commission is undertaking a public consultation on “hate crime”. The whole concept might once have worked. But that was before the age of social media, and the overlay of identity politics, mixed in with people’s increasing willingness to call the police when people say mean things.

Another example of how the notion of a hate crime has morphed beyond all reason is that of the recent prosecution of a young autistic man, Declan Armstrong. Upon seeing a trangender police officer on patrol he shouted “is it a boy or is it a girl?” The National Autistic Society’s Guide for Police says that people on an autistic-spectrum may “speak honestly to the point of bluntness or rudeness”.

But Armstrong was convicted of an offence under the Public Order Act 1986 — “using abusive or insulting words with intent to cause harassment”. He was put under a night-time curfew lasting twelve weeks. The crime was uplifted from a low level to medium-level community order because of its “transphobic nature”. According to the Law Commission, the legal test for applying this uplift is “proof that either the offence was motivated by hostility towards the protected characteristic, or the defendant demonstrated hostility towards the protected characteristic at the time of committing the offence.” How could this be proven in Armstrong’s case?

Sadly, the remit of the Law Commission’s review means we will only see more hate crime prosecutions. The Commission says: “Although not everyone agrees with hate crime laws, we have not been asked to review the fundamental question of whether they should exist at all.” Cleaning up Court and Police practices? Not that either. “We have also not been asked to review related matters such as police and prosecutor training and practice.”

So what is the Law Commission consulting about? It seems dedicated to the further-mushrooming of an already divisive concept. Much of the consultation is about adding new categories to the list of “protected characteristics” to which hate crime applies, or expanding the definitions of the existing ones.

For example, the Law Commission is considering adding “asexuality” to the definition of sexual orientation. Why? Is there a prevalence of abuse in society directed towards people who identify as asexual? Does anyone actually identify as asexual? Have Asexuals United campaigned for this change? No. It seems our Law Commission is pandering to identity politics and the relentless demands coming from a very small group of people who seek to separate us in to ever-smaller micro-categories.

The Law Commission is considering revising the transgender definition to cover “explicit reference to people who are transgender, non-binary, cross-dressing or intersex.” Non-binary is a term used by a tiny number of people to indicate that they do not feel particularly male or female. But practically none of us spend our days overtly feeling male or female. What do these things feel like? No one knows, because we only know ourselves. And have you ever heard someone shout non-binary abuse as they leave the pub? Who is advising the Law Commission? Who wants this new category of aggravated crime?

Most curious of all, the Law Commission consults us as to whether “sex or gender” should be added to the protected characteristics. It does not ask us, “should sex be added” or “should gender be added”. The only choice is “sex or gender”. I smell a rat.

If the Law Commission wanted to consult about whether biological sex should be a protected characteristic, it could do so. Law requires clear unambiguous language. You can’t get something more binary and immutable than biological sex. By including gender, the Law Commission is wading into a very specific debate. In recent years, many women have been campaigning tirelessly to protect single sex spaces. Though she has not yet definitively acted, Liz Truss, Minister for Women and Equalities, has recently stated her intention to protect single sex spaces.

But lobby groups who want to prioritise “gender self-identification” over biological sex are campaigning to remove single sex spaces. Stonewall tweets “If… the Government doesn’t move forward with real GRA [Gender Reform Act] reform it will be a bitter blow for trans people. But what hasn’t changed is trans people’s legal right to access single-sex spaces in line with the gender they identify with”. That’s the debate in a tweet.

Does sex or gender identity matter, across reams of public policy and public life: everything from women’s sports to changing rooms to NHS wards, to prisons? Do women have a right to single sex spaces and opportunities? And is it the role of the state to legally affirm “inner identities”, or should it stick to anchoring law and policy in observable facts? Well, Liz Truss has made her position clear, and we await follow through on her commitment to protect sex as a relevant characteristic in practice and policy.

Right into this debate blunders the Law Commission. If “sex or gender” becomes a protected characteristic, here is what might happen. A group of young women are in a nightclub enjoying some brief respite in the loos. Someone comes in who the women quickly clock as a man in a dress. (Nothing wrong with a man in a dress but he shouldn’t be in a women’s single sex space.) They challenge him. He protests that he identifies his gender as female. He’ll report their hate crime if they’re not careful, and to challenge his gender identity is an aggravated offense. He’s got his phone out and he is recording them already. The women back out of what were once their loos.

Let’s think what the future might hold. You have a police record for something you said about “asexuals”. I have a police record because I know that biological sex is binary and immutable. Women’s single sex spaces no longer exist, because women were unable to campaign for them, because when they opened their mouths to do so they were accused of hate. Women repeated endlessly that they were not being transphobic in wanting to argue that sex matters. But they were out-manuoevred. Gender also became a protected characteristic. Now when women mentioned biological sex they were accused of being “genderist”; they were accused of “hate”. Debate dried up and the fight for single sex spaces was lost. Women tended to stay at home more.

Let us not go gently into this dark night. Rage rage against the dying of the light. Tell the Law Commission what you think here.