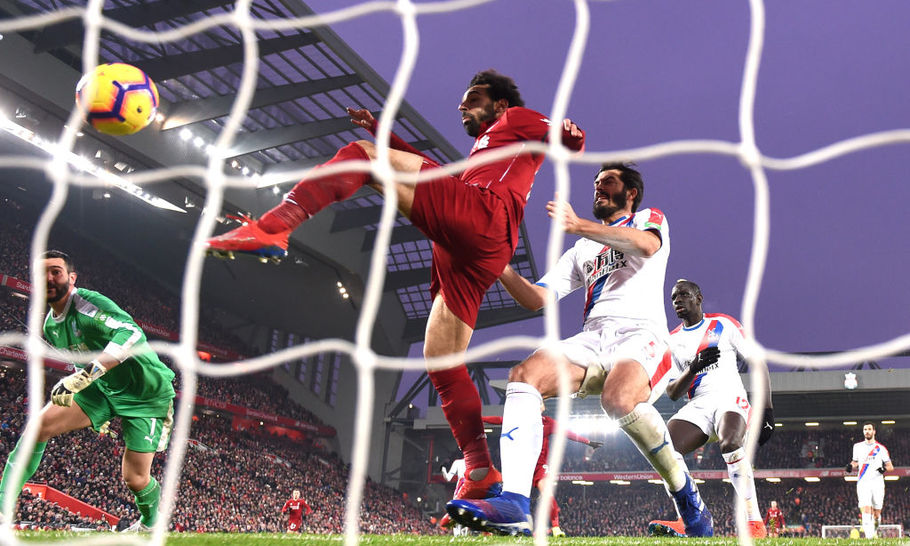 Rival fans never tire of reminding Liverpool supporters that their team’s last league title win was back in 1990 and its more recent Champions League success was nearly fourteen years ago. Yet, given that comparative lack of recent major trophies, the club still inspires fear and loathing that is perhaps unique in English football.

As the Anfield Reds, under the inspired leadership of manager Jurgen Klopp, mount their most serious assault on the league for 29 years, the terror that, this time, the Scousers will actually do it is palpable. The irony is that few things would be healthier for the English game than a resurgent Liverpool being crowned champions for the nineteenth time.

In recent times, football in England has been more about money, overpriced tickets and sterile, sanitised stadiums, than the traditions, glory and community pride on which the sport’s popularity is based. For nearly a decade, the Premier League has been dominated by Chelsea and Manchester City, two clubs that epitomise the soulless, corporate husk that the game could easily become.

The Manchester team, Liverpool’s main rivals for the league this year, are part of the ‘City Football Group’, a vehicle for Middle Eastern and Chinese investors that owns a stable of football clubs across the globe. One of its acquisitions is Girona FC, which this season plotted to play its home Spanish league game against Barcelona in Miami, Florida, before an outcry from fans.

Manchester City may be the current premier league champions, thanks to lavish spending by Sheikh Mansour and his associates, but thousands of empty seats at the club’s Etihad Stadium show that supporters’ allegiances cannot so easily be bought and sold.

Chelsea, the previous season’s champions, is financed by the Russian billionaire, Roman Abramovich. More than any other figure, he is responsible for the trend of foreign owners using their fortunes to propel middling clubs to previously unheard of success.

At least City have generally tried to play the sport in an open and entertaining style. In contrast, during the 2004-2005 season, Jose Mourinho managed Chelsea to its first league title in fifty years, by drilling his team in a form of grim anti-football, and his successors, by and large, have followed a similar template.

The club has developed a reputation for buying expensive players from abroad, rather than nurturing young talent. It looks like this lack of vision will be demonstrated again during the current transfer window, as the talented young English winger, Callum Hudson-Odoi, who scored in Sunday’s cup-tie against Sheffield Wednesday, looks set to be sold to Bayern Munich, while the club has signed a 31 year old Argentine, Gonzalo Higuain, on loan.

The contrast with what’s happening at Anfield is stark. Jurgen Klopp and Liverpool’s owners, the Fenway Sports Group, or FSG, have established a long-term approach of investing in younger players, who suit the club’s buccaneering style of play. Indeed, the manager has been criticised for relying on developing English footballers, like Trent Alexander-Arnold and Joe Gomez, even through an injury crisis, rather than bringing in short-term replacements who may eventually undermine their progress.

Admittedly, the club sometimes competes with its more spendthrift rivals in the transfer market, but its investments are targetted narrowly and financed by the sale of outgoing players. In 2018, Virgil Van Dijk became the world’s most expensive defender, when he joined Liverpool for around £70 million and, at the start of this season, Alisson Becker was briefly the most expensive goalkeeper, before Chelsea paid £72 million for Kepa Arrizabalaga.

While these dealings by Jurgen Klopp involved big money, they addressed very specific weaknesses in his team and they were funded by selling talent like Philippe Coutinho, whose transfer to Barcelona will raise close to £142 million.

When Liverpool’s sales are deducted from its purchases, the club’s ‘net spend’ is one fifth that of its title rival, Man City. The Anfield outfit is a well-run operation, living within its means, rather than a wealthy man’s vanity project, that encounters regular problems with financial fair play rules, designed to ensure some probity in the European game.

Aside from its progressive player recruitment policies, Liverpool plays football in the way it should be played, with an emphasis on scoring goals and beguiling fans who pay dearly to watch their idols. The manager, Jurgen Klopp, is almost as entertaining as the action on the pitch, with his energetic behaviour at the touchline and the infectious sense of humour he shows at press conferences.

Most of all, if Liverpool Football Club were to win the league title this year, it would represent a triumph for the values of authenticity, community and tradition, at a time when these virtues are vanishingly scarce at the top level of English football.

Rival supporters often mock the Kop’s emphasis on history or portray its quest for justice for the 96 fans who died in a crush at the Hillsborough Stadium in 1989 as mawkish and self-pitying.

Yet, despite these cheap jibes, everywhere in the modern game, there is a yearning from fans for the type of rootedness and togetherness that are exemplified at Anfield. In an age of TV mega-deals, globe-trotting multi-millionaire players and equally cosmopolitan billionaire owners, Liverpool has both adjusted to the sport’s demands and somehow managed to hold on to something more important.

The club may not win the league title in 2019, in fact, it may not yet even be a genuine favourite, as Man City’s form is formidable. In 2014, the prize was within Liverpool’s grasp and the team, managed then by Brendan Rodgers, fell agonisingly short.

If the trophy does end up at Anfield, though, it will be one of football’s great romantic stories and it will invigorate the English game, by proving that clubs really can prevail at the highest level, while holding on to their principles and protecting their essence.